Nick Prince notes the British agriculture industry is confronting major policy changes and a sharp exposure to global markets. There will be opportunities for New Zealand but competition will be strong at a time when UK demand drivers are shifting quickly

Rural News
Nick Prince notes the British agriculture industry is confronting major policy changes and a sharp exposure to global markets. There will be opportunities for New Zealand but competition will be strong at a time when UK demand drivers are shifting quickly 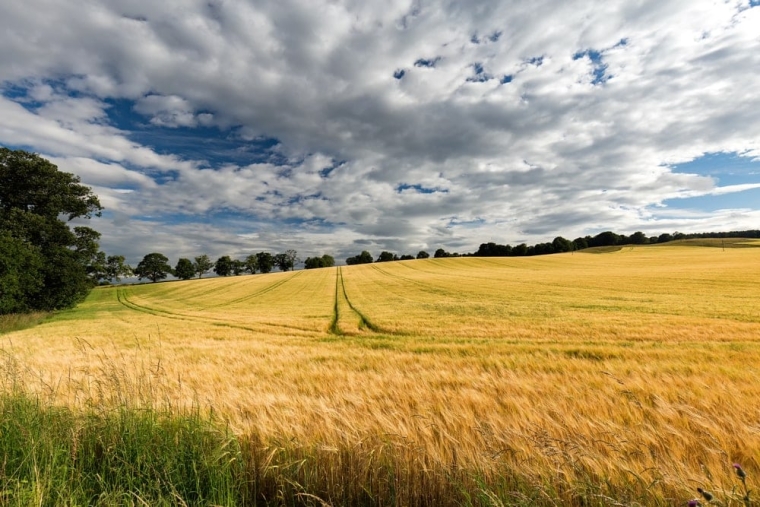 UK agriculture stands on the precipice of change as post-Brexit agricultural policies are adopted along with changing trade relationships. Add into this the evolving social perception of land use, food production and climate change along with potential growth of nationalism driven by Brexit and COVID-19 and it creates an interesting scenario.

Considering these influences, this article explores the current status of UK agricultural production, the direction new policy may take it and the potential opportunities this may present for NZ exports.

The BPS is a land-based area payment, available to those with over 5 hectares of eligible land who agree to abide by a number of husbandry and compliance rules.

Based on a crude exchange rate of NZ$2 to £1, the BPS payments made to applicants in England for the 2020 season varied from NZ$466 per hectare for good quality land down to NZ$128 per hectare for poor grazing in upland areas.

Official Government statistics highlight how these two schemes account for around 72% of total gross revenue on the average farm across England, with the BPS accounting for 80% of this.

Income from diversification (accommodation provision, building rentals, off-farm work, and adding value through differentiation or processing) accounts for 28% of gross revenue, with the average farm recording small losses on production.

Breaking the statistics down, there are a number of farm categories where profit from production forms a significant part of gross revenue, including, poultry (51%), dairy (50%), horticulture (44%), pigs (40%), general cropping (19%) and cereals (1.3%).

In contrast, all three farm categories involving red meat production recorded substantial losses on production and only remain financially viable due to income from subsidy payments and diversification incomes.

Post-Brexit policy will see BPS support payments phased out by 2027, so it is fair to say many farm businesses face an uncertain future. It is difficult to predict at this stage how farmers will respond, but some generalisations can be made.

Those in upland areas and certain conservational ‘hot spots’ are expected to remain engaged with agri-environment schemes, which will continue to make a significant contribution to gross revenue. This is likely to see an increased reliance on non-commercial woodland creation schemes, leading to a reduction in sheep numbers.

Those operating on better quality land are expected to respond to market demands and create new markets through innovation and novel crops. Others may have additional diversification options given proximity to markets and specific farm resources, such as buildings and accommodation.

This leaves specific concerns for those on marginal land who have limited options to engage with alternative markets or change production focus to replace the lost subsidy payments.

Complex trade arrangements have evolved in the UK around the import and export of sheep meats, beef and dairy products. Much of this involved the transfer of raw products to other EU countries for processing and the import of processed goods back to the UK.

Following Brexit, and influenced by COVID-19, trade between the UK and the EU has declined by 40%, with products previously destined for export now utilised for internal UK markets.

If this trend continues and if tariffs are imposed on commodity trade between the EU and the UK, then Irish producers will suffer the most. There are already signs that Irish farmers are changing production outputs in an attempt to replace UK products within the EU market place.

Lamb and mutton consumption per head of capita within the UK has declined continually for many years, but this reduction has been off-set somewhat by an increase in population.

Lamb is out of season in the UK during the early months of the year, but the current prime lamb trade there is particularly buoyant. This is no doubt influenced by COVID related trade disruption, so supermarkets will try to drive down the price of lamb through imports once global supply chain issues are resolved.

The UK is a net importer of sheep meat, with NZ historically accounting for around 74% of this, although quota allocations have not been filled in recent years.

This lack of engagement with the UK by NZ seems to be driven by a focus on growing Asian markets, which may place Australia, which already provides 14% of UK sheep meat imports, in a better position to engage with the UK market going forward.

As the costs of sheep meat production in the UK are around 2.5 times higher than in NZ, there will be opportunities to NZ if a free-trade agreement prevails and it chooses to re-engage with its old partner.

Whilst NZ has no historic legacy of beef exports to the UK, new opportunities are likely to be available, albeit in competition with South American producers.

Over recent years, an increase in population and beef consumption per head of capita in the UK has seen demand rise significantly. Imports outweigh exports, with the legacy of BSE issues having an impact on the latter.

Around 70% of UK beef imports come from Ireland, with only 6% coming from non-EU countries. Should tariffs be implemented between the EU and UK, then the UK may attempt to source alternative beef imports.

Some UK farmers may look to beef as an alternative source of income to replace subsidies, but British producers have always struggled to make beef profitable.

Trade negotiations between the UK and the Trump administration raised the prospect of high food standards being waivered to achieve favourable trading status.

Any relaxation of food standards would open the UK beef market to South American imports, especially as countries such as Brazil have lower costs of production.

So finally onto the dairy sector, where the reliance on liquid milk within the UK would appear to exclude the dominance of powders from NZ.

As the UK responds to the changing availability of processed products from the EU, it will encourage processing within the UK. However, perception of cheese as a luxury item could encourage continued trade between the UK and EU even with tariffs.

This may exclude less established artisan cheese from NZ in these markets, but there could be opportunities for NZ to re-engage with butter and bulk processing products, which have been the focus of historic imports from NZ.

As the UK agriculture industry confronts policy change and exposure to global markets, opportunities are presented for an experienced export nation, such as NZ, if free-trade agreements can be agreed.

NZ already has a competitive advantage over other nations due to its historic relationship with the UK and its position as a respected producer of agricultural goods. However, competition can be expected from Australia and South America, notably Brazil if free-markets prevail.

However, this optimism should be tempered by noting how evolving social perceptions of food production and climate change along with potential growth of nationalism driven by Brexit and COVID-19 could have a profound impact on the future market for agricultural produce within the UK.

Nick Prince is a Lecturer in Agricultural Systems Management at Lincoln University and owns, with his wife, 170 hectares of upland grazing land in northern England.

Wow you can hardly call it farming when the revenue from subsidies is that significant of their total income.
But at least their government supports farming, not like over here where we have ridiculous, virtue signaling policies being introduced with no consultation or due diligence.
Lets tax and punish the mostly environmentally primary producers in the world...

Farmers in the UK are a protected species : lazy , indulgent , fat in their cosy subsidised nests ...

... farmers in NZ are an endangered species : lean & nimble , furtive , quick to go to ground at the sight of any government official ... scared shitless !

Ironically the UK model is far more sustainable long term than good ole NZ.
Tennant farming is the backbone of UK ag and means there are new entrants constantly getting a start. Here the farms are gradually getting ever bigger with corporate structures that stifle innovation , and frankly are crap places too work. A side effect of this is the lack of kiwis wanting to work on farms .
Why do all our tractor drivers come from Britain and Ireland , the answer is they still have strong family farms that produce new generations of farmers , we do not.

Stanhay - unfortunately that tenancy system no longer works. the old tenancy system (Full Agricultural Tenancies) favoured the tenant to much, so allowed succession of tenancies. The new system (Farm Business Tenancies) are short-term agreements, so favour the landowner too much. Essentially tenanted land now becomes an add on to bigger farms and many new entrants are now excluded. The UK government are looking at tenancy reform, but don't hold your breath. The sons and daughters come to NZ for the experience but also because the home farm can't afford to pay them!

Thank you for setting me straight . I was there in 2004/05 working and even though there were the Vestys etc , there also seemed to be a lot of farms that had been tennanted for generations. It's a shame this is being lost.

Here in NZ we are seeing the first signs of large scale tenanted land with the NZ Rural Land Company (NZX code NZL) buying land and leasing long-term to large scale operational farming companies. For NZ, it is a new form of corporate-style operational farming by 'mega-tenants' but with the land a publicly listed entity. It allows the mega-tenants to grow much faster than otherwise and allows non farmers to have a stake in the land. Where this trend goes long-term only time will tell!
KeithW

"Post-Brexit policy will see the Basic Payment Scheme support payments phased out by 2027". Should be just the right time frame for petri dish meat to fill any gap in the market and still zero benefit to NZ farmers!

British farmers will survive. Subsidies just lie on the income side of the ledger and expenses always rise to meet income. James Rebanks, a multi-generational upland sheep farmer, writes that supermarkets have been able to lower the price they pay. Subsidies keep the farmer going, supermarkets get the mark up. All justified in the name of "cheap" food.