Angus Kebbell talks to Hilton Collier about the different challenges Māori agri-business has with the He Waka Eke Noa climate partnership obligations, and the way their approach takes the long term view

Rural News
Angus Kebbell talks to Hilton Collier about the different challenges Māori agri-business has with the He Waka Eke Noa climate partnership obligations, and the way their approach takes the long term view 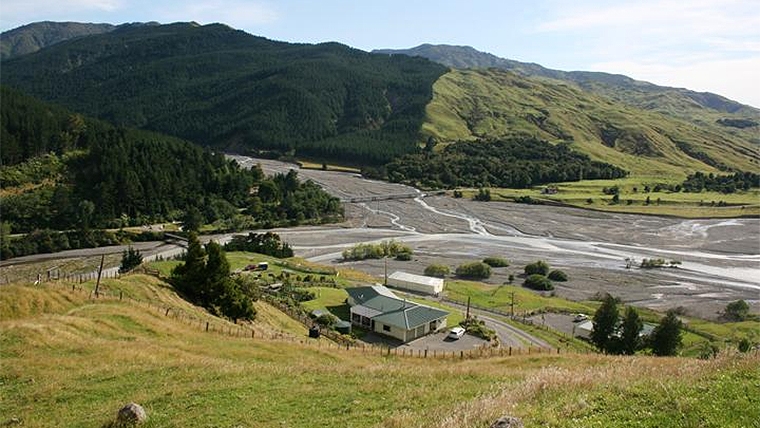 Hilton Collier knows the importance of Māori agri-business having a seat at the He Waka Eke Noa | Primary Sector Climate Action Partnership table.

Collier is farm consultant by training and for the best part of his career he has worked with large Māori farms in Northern Hawkes Bay and the East Coast. He also leads the Iwi Agribusiness, Pakihiroa Farms Limited for Ngāti Porou.

As well as responsibility for on farm operations He has become involved in off farm activities that directly impact on the way their businesses operate. This includes what they produce, Collier is director of the First Light Wagyu business and they are a large supplier to the program as well as the involvement of policy and regulatory work such as He waka eke noa.

On the podcast this week Collier talked to me about Māori land and how it is now held under an ownership model imposed on Māori essentially to drive the alienation of Māori from the land. “Traditionally Māori held land for the collective good of whānau and hapū under a model known as mana whenua. The whānau leadership would determine how land was used who had the right to use the land.”

Māori land is different because of the legislation that their ownership model now operates under. A piece of legislation called Te Ture Whenua Māori. To operate under this model at scale requires the creation of a corporate body with governors, share registers, administrators, accountants and auditors just to deal with the ownership and then there are farm managers and staff under that.  So before a days work is completed the legislation effectively imposes the huge fixed overhead. Iwi agri-businesses may have upwards of 6,000 shareholders.

There is a significant operating structure that most family farms don’t need to deal with.

Collier says the issue of better environmental outcomes is not unique to Māori. However Māori experience is often the development, design and then execution of this legislation is developed in a way that that fails to recognise unique circumstances of Māori landowners. On the East Coast when he considers the way their erosion control programs were developed and administered much of the untreated land is Māori owned. While the owners would prefer to treat the land, they do not have an entity able to contract with the government to attract the subsidy funding. Without the subsidy funding the land goes untreated. Now some may say it is a simple matter of creating an entity to enable the owners to contract. This is a reasonable proposition except it requires someone to drive and fund this process. The cost of doing those can be quite prohibitive, Collier says.

Collier explains that Te Aukaha represents the view of intergenerational guardians of the land and a holistic approach to all elements of the business environment they operate under. “We have concerns about climate change and greenhouse gases and also concurrent concerns about the state of our waterways biodiversity as well as the communities in which we operate.” Mostly these communities are their shareholders, these shareholders can have a profound impact on the way their businesses operate and frequently expect a higher level of environmental improvement than might be required if they simply applied a compliance approach, Collier says.

When I asked Collier what engagement was like within the sector he told me it is especially challenging for a couple of reasons. Firstly they have two decision-making levels. They have those involved with the governance of the business and therefore strategy and resourcing as well as representing the long-term view of shareholders. Secondly they have those involved in the day to day operations and decision-making more focused on the efficiency of operations.

As a result this means they will need to engage firstly with those operating at a governance level to support and drive the expected behaviour changes at an operational level. As they are accountable to shareholders they will also need to supported with messaging to the wider whānau.

At a farm gate level there are some very sophisticated and successful Māori agribusiness units that have developed diverse businesses operating across multiple parts of the value chains from livestock farming, meat processing and exporting to milking cows and exporting dairy based products.

With a growing shareholder base and a need to derive greater returns Collier says they must innovate and use their resources to capture more of the value for their farms.

Their challenge is with production systems that are limited by tikanaga – the expectations of their whānau. Scale, legislation and whānau expectations impose real challenges for those operating their farms on a day to day basis.  However the stock still need to be fed.

Māori input into the Hewaka Eke Noa Primary Sector Climate Action Partnership is important, and whether anyone thinks this program is a good one or not – the fact remains New Zealand has signed up to the Paris Agreement which means we need to reduce our greenhouse gas emissions by 30% below 2005 levels, by 2030.

I believe outcomes will be met that ultimately meet the needs of farmers and the environment, from a farmers perspective it simply has to. I also believe our farmers are already much more efficient than what is currently recognised and once we have a handle on total on farm sequestration that will come. Keep on keeping on. Farmers are more important now than ever and remember to have your say: email yourfeedback@hewakaekenoa.nz. We are, after all, in this together.

To get the full story listen above.

This is a really interesting article regarding differing perspectives on water management from Ngāi Tahu corporate (farming interests) vs Ngāi Tahu rūnanga.

Ops can be tuff.