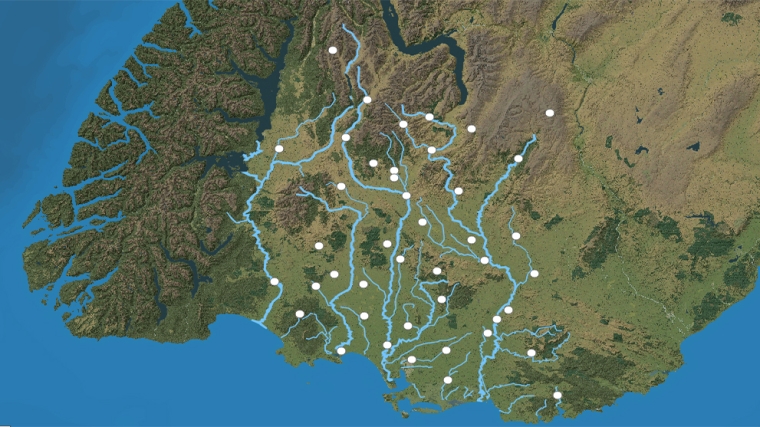 Thriving Southland is a real community-led group that is working province-wide to drive positive change in the primary sector in Southland, by working with farmers and supporting catchment groups.

Freshwater quality in Southland has been declining in developed parts of the region, and is under threat from various sources, both urban and rural. Southland’s 23 catchment groups provide a local, community response to water quality issues specific to their area.

As a consequence of declining freshwater quality nationally, central government has recently announced changes to the National Policy Statement for Freshwater Management (NPSFM), new National Environmental Standards for Freshwater (NES) and changes to the Resource Management Act. Environment Southland, in partnership with Te Ao Marama Inc, is currently working on a Progressive Implementation Programme that will result in a new proposed change to the current proposed Southland Water and Land Plan that will establish freshwater objectives and set limits to implement the NPSFM by 31 December 2025.

These changes will result in additional controls in Southland that will be focussed on reducing the loss of contaminants (particularly nitrogen (N), phosphorus (P), microorganisms and sediment) from land to groundwater and surface water.

This means that in most parts of Southland there will be new rules that directly or indirectly will set limits on the amounts of N and P that can be lost to water.

Catchment groups in Southland are collectively working together on strategies that can be designed to address specific catchment challenges. And to good effect as we found after talking with Richard Kyte.

What is quite interesting is that Southland is one of few regions in New Zealand that has a predicted increase in rainfall and while patterns are expected to show marked seasonality and variability across the region, annual rainfall for the region as a whole is expected to increase slightly by 2040 at 0-5% while the longer-term outlook (2090) is for an increase of 5-20%, with the largest increase in the northern part of the region.

Despite the increase in annual rainfall, the number of wet days is expected to decrease by up to 10 days across most of the region and by 10-20 days in the Waiau River catchment. It is of course important to appreciate that specific catchments are likely to have specific responses to climate change that may be different than the regional averages according to Environment Southland.

Predictions for the future are mixed. Some parts of Southland will likely experience more dry days, while others have fewer (i.e., are wetter).

But by 2090 most of the region will experience a decrease in dry days, outside of the Waiau catchment, eastern Fiordland, and Stewart Island. The largest increases are projected for the eastern Waiau catchment, where 10- 20 more dry days per year are expected. Meteorological drought (assessed using Potential Evaporation Deficit) is expected to increase mostly in the central-northern part of the region across all time periods and scenarios. Potential Evaporation Deficit is expected to increase by 40-80mm per year for most of the region by 2040 and by up to 100mm by 2090 under the highest emissions scenario modelled.

While the focus of general strategies is on individual farms, catchment groups are in a strong position to tailor packages that enable adjoining landowners to work together. Catchment groups will work if tailored information is provided and advice as soon as practicable to ensure that as many people in the catchment as possible understand the nature of Southland’s current water quality issues, the changes that are coming, the scale of the likely changes that will be needed, and the measures that can be taken individually and collectively to ensure that communities are moving in the right direction.

Listen to the interview with Richard Kyte above