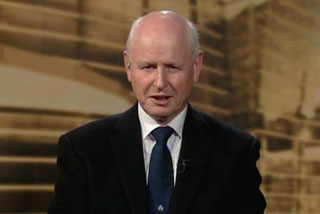 Sheep and beef producers should pick the companies they supply carefully to avoid becoming casualties of an impending “train crash” in the industry, says the chairman of one of the key players in Rural News.

Speaking at a M&WNZ monitor farm meeting in South Canterbury last week, Anzco chairman Graeme Harrison  said average return on shareholders’ funds across the four main companies is “not even the cost of capital”.Normalised earnings figures – with exceptionals taken out to leave only meat industry activity – for the four largest meat companies over the past five years show combined earnings in 2008-09 were well below the five-year average even though turnover and assets employed increased.Average margin on sales was just 0.7%.“You can all see from these numbers a train crash is coming.”

In 2008-09, 19 companies and 36 plants killed 25.6m lambs. Average weekly kill is just 42% of potential capacity. The picture for beef, Anzco’s core business, is only marginally better: export processing plants fell from 36 to 32 with an increase in annual kill from 1.96m to 2.22m over the same time period. Average kill is 56% of capacity.“The train crash is coming because there’s too much capacity in regards to the livestock supply and the second thing is lack of profitability,” He told the monitor farm meeting only two players in the NZ meat industry have paid tax every year in the past decade “and they are Alliance and Anzco”. Harrison also highlighted market share statistics based on EU sheepmeat and US beef quota allocations.“There’s been a huge drop for Silver Fern Farms (SFF) and Alliance has now overtaken Silver Fern Farms as the largest sheepmeat company. Affco’s flat and Anzco is climbing. That tells you some story.” Beef trends are similar, with SFF having suffered “a huge loss of market share” to the US, though it remains the largest player at about 56,000 tonnes..

For all the talk of fragmentation, the NZ meat industry today is the most consolidated it has ever been in its 128 year history, with SFF, Alliance, Affco and Anzco handling 75% or more of both the sheep and beef kill. However, there is no point trying to create a Fonterra-type model, or even having that debate, because sheep and beef farmers have never backed collectivisation, he says. “In the end farmers will come back to choice.”