Little in budget for agriculture

Little in budget for agriculture 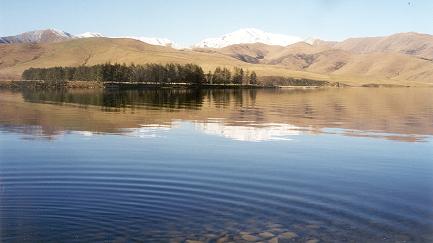 Yesterday’s budget brought little good news for farmers and the rest of the agribusiness sector, a senior business consultant says.

”Beyond the changes to the tax structure … there is little new for the agribusiness sector which had not already been well flagged by the Government in pre-budget announcements,” said Ian Proudfoot, lead partner in KPMG’s agribusiness arm.

In addition, they were closer to key markets and able to deliver food to the customer at a significantly lower cost than NZcompanies.He also warned about under-investment in infrastructure including water sustainability, information technology, new science and education.At the same time, Mr Proudfoot warned government policy needed to be prioritised toward better investment, management and use of water resources.

Today, he said the budget failed to provide any significant funding to support the development of irrigation schemes, apart from $1.6m allocated to community irrigation grants to develop feasibility schemes and maintaining existing crown schemes. “Getting irrigation schemes off the drawing board and into construction to drive improvements in productivity is … critical to the future of the sector,” he said.

The budget also provided no further funding for the rural broadband initiative, another key piece of infrastructure to drive improvements in rural productivity.  The benefits that farmers and growers gained from changes would depend on the structures through which they owned and operated their assets, he said.