Back to the land:putting faith in farms

Back to the land:putting faith in farms 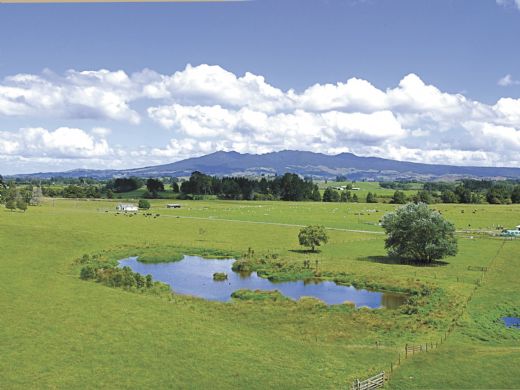 Is agriculture in for a boom time, and if we compare NZ's share market with agriculture over the similar period that this US article did, will we find similar results?

Prices and sales have dipped in the last two years, but based on these overseas results is there an opportunity for rural realestate to come again? With the share market taking a real hammering in the last while it would be sensible for investors to diversifying the portfolio and have a percentage of agriculture in the mix.

NZ has lots of farmland where "You've got to buy in a place where it rains, and you have to have a farmer who knows what he's doing," principles that are quoted in this article are met. Harvard University investment fund quoted below has followed those principles in it's purchases of farmland in NZ as it diversifys its portfolio world wide.

Do you see this pattern of investment occurring in NZ, and if you are an urban investor will you consider balancing your portfolio with an agricultural segment.

Perry Vieth baled hay on a neighbour's farm in Wisconsin for two summers during high school in 1972 and 1973. The gruelling labour left him in no doubt about getting a degree so he'd never again have to work so hard for a pay cheque. Thirty-eight years later, and after a career as a securities lawyer and fixed-income trader, Vieth is back on the farm. Except, he now owns it. As co-founder of Ceres Partners, an Indiana-based investment firm, Vieth oversees 61 farms valued at US$63.3 million ($76 million) in Illinois, Indiana, Michigan and Tennessee. He's so enthusiastic about the investments that he quit a job in 2008 overseeing US$7 billion in fixed-income assets to focus full time on farming reports The NZ Herald.

"It will always be difficult for Wall Street firms to understand. It's not like buying stocks on a computer." It's much better: returns from farmland have trounced those of shares. Ceres Partners produced an average annual gain of 16.4 per cent after fees from January 2008, just after the firm started, through to June of this year, Vieth says. The bulk of the returns are in rent payments from tenant farmers who grow and sell the crops, and from rising land values. Over the same period, the Standard & Poor's GSCI Agriculture Index of eight raw materials gained 5.3 per cent annually and the S&P500 share index dropped almost 1 per cent.

Investors are pouring into farmland in the US and parts of Europe, Latin America and Africa as global food prices soar. A fund controlled by George Soros, the billionaire hedge-fund manager, owns 23.4 per cent of South American farmland venture Adecoagro, which says it has more than 270,000ha of farmland.

"I have frequently told people that one of the best investments in the world will be farmland," says Jim Rogers, 68, chairman of Singapore-based Rogers Holdings, who predicted the start of the global commodities rally in 1996. "You've got to buy in a place where it rains, and you have to have a farmer who knows what he's doing.

The growth in demand for food, spurred by the rising middle classes in China, India and other emerging markets, shows no signs of abating. Food prices in June, as measured by a United Nations index of 55 food commodities, were just slightly below their peak in February. So many investors have rushed to capitalise on food prices in the past three years that they may be creating a farmland bubble.

In farmland, investors find respite from the cyclical price swings of the commodities market. Since 1970 there have been at least four price jumps of at least 100 per cent that were followed by steep declines in the S&P agriculture commodities index. By contrast, the average value of a hectare of farmland tracked by the US Department of Agriculture has been on a mostly steady climb from US$1813 in 1980 to US$5781 this year.

The farm-investing boom is making lots of people happy, but could it all end in tears? The Federal Deposit Insurance Corp, which regulates banks that lend to farmers, has examined whether investors may be pumping up prices and creating the conditions for a crash like the one that devastated the market in the 1980s, resulting in the failure of 300 farm banks.

From the NZ Meat Board

One other issue of interest to me was the recent report from Rabobank which talked about the flight of speculative money from US agricultural markets. Rabobank said that “Between 21 and 28 June, the managed money category continued the selloff in the US agricultural markets that had begun in early March. In an effort to remove risk from their portfolios, and in light of new fundamental outlooks, investors have covered long positions and sold into the market. Managed money have reduced their net long position by 39% from 8 March to 28 June. The investor liquidation has been a major factor in falling prices. The large fund/manage money position is now the lowest since July 2010, right before the rally began, and could grow quickly if bullish signals reappear.”

Apparently there is a very high correlation between the price of prime Iowa cropping land and gold.

NZ is abit out of sync at the moment as farmland in the likes of the US,UK, and Sth America is posting significant gains. Our prices surged early in the cycle off the back of the dairy conversion boom but have now pulled back. That said, having ones capital invested predominantly in farmland has never seemed so reassureing given the wild gyrations of world markets. Prime land is the ultimate safe haven and it will be interesting to see if we see more Micheal Fay's out there looking too it to store their wealth.

Farmland in the USA is a fraction (1/4) of the price of farmland in NZ.  That is why you can make money investing in farmland.  The price of land in NZ on average without capital gains makes it less appealing, in most cases with a 50% deposit (which is close to normal) you pretty much get an asset that can cover the cost of interest, which once again is a great thing if you are a banker.

Sheep shagger, Im thinking that these prices won't last. Hope Im wrong but I' got a feeling' if you know what I mean, especially for dairy. Much of south America is like NZ was when our parents were young. Buy a tractor go west young man, Virgin country, %20 returns, low costs, but it is South America and they have some bad habits. I go to South America and are way over due a trip, want to come along? I always feel I missed out not going to Uni in Argentina, you only have to take one look at the girls, oh lordy heaven is right in front of you.  I think Bernakes funny money has leaked into farm land, I mean where do you put your money, Ive a great friend who just sold an old family farm that had been in the family since before the civil war, in Kentucky, they got 16 mill nice farm though and big, mostly maze few cattle probably become a dairy farm. She and her brothers couldn't belive the money they got bidders filled the room, Im about to skip over to the States to sort my daughters new flat and get her a car, so she can sell the bloody motor bike, ever been a passenger on a bike driven by a young girl on the wrong side of the road with all those trucks. My friend from Argentina is due soon he has a farm I think he is heading south so you could catch up with him if you wish. Also have a great friend in france who now has a large lease operation in Solavkia if you want to visit I can arrange it.

I will give you a good example of what I think has happened. You have access one way or the other to money via the USA banks, its costing you %.2 so a mill costs you  2k a year to borrow, all you have to do is get a better return than that and the profit  is yours but you dont want to lose it, the master wont find that amusing. Now lets give you 200 million and the master expects a better return than treasuries,go buddy go, do your stuff, what are you going to do? Stuff it in oil $37 to $100 that was a good ride , Wheat, doubled that, beef loved that $1.42 a pound to what? $2.80. Aust $ %35 percent there, Nz $ another %30.   You just have to watch that consumer make sure he keeps buying. Gas in the UK up %30 this year thats been a great buy, better to stick to markets that are near monopoly so there is no other option for the consumer, but how much spending power has the poor smuch at the bottom of the heap really got? What happens if Bernake changes his,  mind or someone does it for him?

Yeah AJ, ive been to Argentina. Its like walking around at a supermodel convention!

Would love to accompany you on your overseas reccy. Im sure there are plenty of opportunities out there but as NZFSU has shown its not as easy in some of these places as it maybe would first appear. Apparently there is massive opportunity in grain farming in the former Soviet block countries but corruption and munted infrastructure would make it not for the faint hearted.

I understand the Bernake effect which you explain well. Whilst I enjoy following the macro economic debate im not sure im qualified to contribute, but for what its worth surely Bernake wont print again...? Whats that old saying about if you're in a hole...... Surely interest rates at Zero for another couple of years is enough to stop assets/ comodities falling too far if at all.

Skudiv. My understanding of prices for prime land in the US midwestern grainbelt is somewhere around US$8k to 12k per acre which is up around 20% y on y. That would equate at midrange to about $NZ 30k per Ha which is right up there on todays market.I think prime arable land in Brazil is also around those figures. Im not sure where you are getting your 1/4 of the price figure from but it seems way out of date.