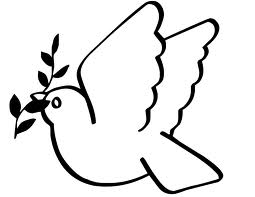 BayWa, the German company that controls Turners & Growers, will extend an olive branch to kiwifruit marketing monopoly Zespri, signalling a change of strategy from the days when former owner Guinness Peat Group pursued it through the courts.

“We’re going in there with an open mind,” Hipkins said. “Let’s see how we can work cooperatively in the market place.”

Former GPG director and Turners & Growers chairman Tony Gibbs had been a strong advocate of the court challenge but current chairman Klaus Lutz, a BayWa representative, said he had never met Gibbs and didn’t necessarily share his views.

“I think we have to bury the history and to look forward to cooperating with Zespri,” he said.

Turners & Growers is serious about tomorrow’s meeting even though Hipkins couldn’t say whether he would be meeting Zespri chairman John Loughlin or CEO Lain Jager. He’s taking his South Korean agent to the meeting “as well as a couple of our guys to look them in the eyes.”

“The industry is under extreme pressure,” Hipkins said. “Let’s not be cute or smart about the history.”

Last month, BayWa secured Overseas Investment Office approval for its takeover of the fruit marketer. It bought some 73 percent of T&G shares for a total cost of about $158.2 million.

The fruit marketer posted an annual loss of $18.9 million in March after writing down the value of its kiwifruit orchards as the vine bacteria Pseudomonas syringae pv actinadiae continues to ravage the local industry.

Hipkins said the company expected to return to profit this year, pending a review of orchard valuations that were written down in 2011.

The new owner is also embarking on a review of all of Turners & Growers’ operations and Hipkins said he can already see a number of synergies between different groups within the company such as Enza and Delica.

“There’s some duplication and lack of communication between those various silos,” he said.