Allan Barber applauds the involvement of Iwi heavyweights in ending this meat industry dispute. Your view?

Allan Barber applauds the involvement of Iwi heavyweights in ending this meat industry dispute. Your view? 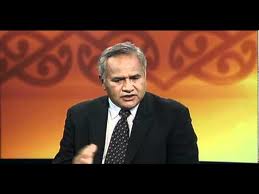 It’s been a long 10 weeks, both for the company and especially the workforce.

At last both sides have exercised some flexibility and reached agreement on a new Core Collective Agreement.

It has taken some urging by Iwi leaders to get there in what is the first time Iwi have taken such a leading role in dispute settlement.

Tukuroirangi Morgan, representing Tainui, was clearly elated at the successful outcome, saying “History has been made here and role of Iwi in the modern industrial society has been forever changed.”

He paid credit to all the main players in what he said was as tough a negotiating process as the Treaty negotiations.

It was Talley’s relationship with Maori through the fishing quota which led to their desire to see Iwi involvement in this dispute. It also makes nonsense of the common union and media claims that Talley’s Group is anti union and therefore determined to get the unions out of their workplace.

It has always been clear in the dispute that AFFCO wanted the right to manage its business which it was adamant the Collective Agreement terms being pursued by the Meat Workers Union did not permit.

Talley’s Group and AFFCO are perfectly prepared to employ people under a Core Collective which reflects new technology and the modern work environment, but failing that they want to employ workers on an Individual Employment Agreement that does just that.

An interesting point about the final resolution is that the only spokesperson for the union apart from CTU President Helen Kelly has been Mike Nahu, one of the organisers from the Aotearoa branch of the union based in Auckland. Nahu is both Maori and willing to take a more realistic view of the industrial relations landscape than some of his colleagues.

Details of the settlement are slowly dribbling out, including a pay increase over 18 months backdated to January, the preservation of some treasured Union non-negotiables like seniority and a new drug testing regime. It will only be possible after ratification of the agreement on Monday to determine exactly what the parties have traded off to reach settlement.

But I suspect AFFCO won’t have given way on a number of its other principles, because otherwise it would have lost the contribution from 10 weeks of full production for no efficiency gains at all as well as a pay rise.

My take on this whole process is that the workforce was badly advised by the Meat Workers Union which refused to understand what really mattered to the employer; instead burying its head in the sand trying to defend a historical position. The outcome has been a lock out of 1,000 workers, several strikes by those who weren’t locked out and defection from the union by workers prepared to sign an IEA.

Talley and AFFCO were never going to fight a battle like this if they weren’t prepared to stick it out, because it was fundamental to the future of the business and, unlike previous disputes, AFFCO could afford to hold fast.

But the Union failed to realise this and tried to conduct the negotiation process the way it used to be done in the 1980s.

It took some enlightened Iwi leaders who really care about their people to find a circuit breaker and get them back to work.

Allan Barber is a commentator on agribusiness, especially the meat industry, and lives in the Matakana Wine Country where he run a boutique B&B with his wife. You can contact him by email at allan@barberstrategic.co.nz or through his blog at http://allan.barber.wordpress.com.

This column first appeared in Farmers Weekly. It is here with permission.

I have long thought (and discussed with one or two luminaries in the iwi trade, as it were) that iwi hold the key to unlocking some of the entrenched positions into which the normal, adversarial processes of government propel their participants.

And hey, given that much of what passes for Tradition is actually created from scratch, because it was not written down and so mutates with each telling, the continuing invention we see at work here, and in these contexts, is to be applauded.

It comes from a different place to our top-down, 'we know best' elites-driven approach - which is glorified as the Parliamentary Tradition but is inherently top-down nonetheless - and is perhaps closer to the American tradition of leasing power upwards only grudgingly and under constant threat of taking it all back again.

A most interesting resolution.....