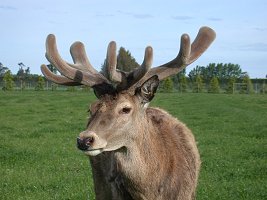 Velvet marketers report early sales have been at rates 10% above where they closed last year although southern production is slow to start.

Initial nervousness of unsustainable big price lifts have abated as nobody wants a return to price volatility that plagued the sector in the past and they believe small price and volume increases are sustainable.

Industry leaders are very disappointed that tariff reductions were unable to be achieved as part of the Korean Free trade negotiations after years of lobbying, and will hope volumes consumed by the Chinese will rise to compensate.

More easing of schedules to reflect prices in the frozen market as post Xmas chilled negotiations start, to secure the next premium price lift.

Local trade pricing which peaked at $7/kg in the north and $6.50 in the south has kept export processors competitive.

Cooler dry conditions in the south have kept the new seasons harvest behind the norm but northern early areas have reported good heavy lambs at drafting that are achieving $10/head more than last year.

Two strong candidates for the Alliance board elections and one for Silver Fern Farms, have received backing from the MIE group as they look to pressure processors to make reforms to enable long term profits to return to the red meat sector.

Wools of NZ are now holding their roadshows as they look to promote last year’s success  and encourage more growers to commit their product and share in the quality premiums they have been able to achieve.

Saleyard prime cattle are now selling for over $3/kg lwt and store prices have lifted significantly to unprecedented levels for all weight ranges.

Feed conditions will determine future pricing for younger animals over the dry summer in NZ but the depletion of herd numbers in both the US and Australia should ensure years of strong pricing.