Keith Woodford explains how bumper harvests in the American grain bowl affect New Zealand agriculture, and why new technologies are the way to meet the challenge

Keith Woodford explains how bumper harvests in the American grain bowl affect New Zealand agriculture, and why new technologies are the way to meet the challenge 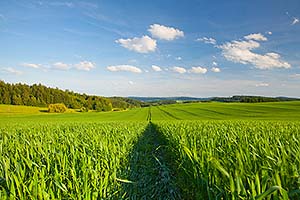 The American Environmental Protection Agency (EPA) has recently announced plans to reduce the 2015 and 2016 legal requirements for biofuels within American fuels. At the same time, the American Midwest looks like it could be heading for a bumper harvest year, possibly beating last year’s records.

The reason the Midwest is so important is that it is the American grain bowl. Increasingly, the Midwest is also becoming the centre of the American dairy industry. The twelve key contiguous states are Ohio, Michigan, Indiana, Wisconsin, Illinois, Minnesota, Iowa, Missouri, North Dakota, South Dakota, Nebraska and Kansas.

The Midwest is sufficiently important that the effects spill over immediately into global grain prices. Increasingly, they can also influence global dairy prices.

Given the current combination of Midwest weather and biofuel regulations, futures prices for grains are looking soft, with the December 2015 prices for the growing corn crop around $3.60 per bushel. Wheat, as is usually the case, is considerably higher at around $5 per bushel.

These prices convert to New Zealand dollars, and in units with which we are more familiar, at about $200 per tonne for corn and $260 per tonne for wheat.

There are several messages for New Zealand in all of this.

The first is that American production will set an upper limit on our local grain prices over the coming year. New Zealand grain is used mainly in the animal industries: pigs, poultry and dairy. In contrast, most of the grain for human consumption comes from overseas. For both categories, the local prices are controlled by international prices plus transport costs.

The third message is that current prices confirm once again that the international grain shortages of around 2008 are now well behind us as new technology and new investment has kicked in.  And that must surely be a reminder to us here in New Zealand that we too have to keep moving forward with our own new technologies if we are to stay competitive.

Coincidentally, the Food and Agriculture Organisation of the UN (FAO) has also just brought out its latest food insecurity report, showing that the proportion of the global population that is under-nourished has dropped from 23% to 13% over the last 24 years. That still leaves nearly 800 million people under-nourished, with most of these having no access to markets. South Asia and East Asia are the regions that have made the most progress, while Africa and now parts of the Middle East struggle to solve their problems. War, civil strife, and non-performing institutions remain key elements of food shortage.

Long term, the Americans remain committed to increasing biofuel production, but the current constraint is the so-called blend wall. Almost all American cars now run on at least a 10% ethanol mix (E10) but most cars are not designed for higher values. And for those cars that can handle up to E85, the distribution system across America is inadequate.

One step in breaking through the blend wall is a new $100 million program to encourage flexi-fuel delivery pumps. From there it will be onwards and upwards to increasing ethanol production.

Currently about 37% of the American corn crop is used for ethanol production, with some estimates even higher. However, ethanol comes only from the carbohydrate component of corn, and the remaining components still go to animal feed.

The American ethanol industry no longer receives direct subsidies but the industry does benefit greatly from fuel blend requirements imposed by law. The logic behind these laws lies with national security considerations rather than economics. Quite simply, the USA has an ongoing quest to reduce dependence on foreign energy.

In the news media, we hear ongoing stories of the Californian drought and indeed this current drought is exceptionally severe. What we hear less of is that the rain has been falling steadily across much of the rest of the USA. Everywhere east of the Rockies had a cold winter, but with lots of soil moisture the crops are now flourishing. Even Texas, which has suffered a multi-year drought, has now been deluged.

In the modern world, there is no such thing as stable commodity prices. So the current situation could rapidly change. The Californian drought is likely to end in November if the current El Nino conditions develop any further. That will influence American horticultural products such as almonds but have minimal effect on grain. Looking ahead to 2016, it would be too much to expect a third successive golden harvest in the Midwest, but anything could happen.

So the road ahead in New Zealand, both for those who grow grain and also those who use grain, will be one of ongoing opportunities, risks, and volatility.  Incorporation of new technologies while still managing financial risk will be at the core of success.

Everyone talks about the %13 that are under nourished, what about the countries where %30 of the people are over nourished?
Lots of investment due to the super low interest rate environment. Lots of milk still to come on stream.

Why Bubble Prices In Beef, Poultry And Pork Will Collapse

Interesting that the long term plan is to get independence on transportable renewable fuel, grown agriculturally.

I wonder what was in our budget and political halls to make the same choices a reality in New Zealand.
One thing you learn in farming; if your successful neighbour is doing something big it's time to make examination a big priority. Our papers and political spaces are still filled with garbage, not anything that would help New Zealand.