Keith Woodford shows how important market access ideas generated here get ignored, only to be picked up by our rivals. He is frustrated

Keith Woodford shows how important market access ideas generated here get ignored, only to be picked up by our rivals. He is frustrated 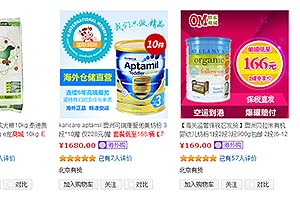 For the last four years I have been promoting the notion that we need an integrated approach to selling New Zealand food online in China.

Now the Aussies have gone and beaten us with ‘Australia Mall’ on China’s JD.com

Chinese buyers increasingly want to want to buy their food online. They want food that is processed in a Western country. They also want a one-stop online shop. And they want same day delivery.

All of the above consumer needs are increasingly being achieved by our competitors. We need to be there too.

Back in 2011, I was contracted by NZTE to do some work on China. My key conclusion was the need for our agri-food marketers to work together for this one-stop-shop for their online purchases. Everything on sale there had to be of guaranteed provenance.

I recognised that we could not do it all alone, as there are some foods that we cannot produce in New Zealand. So I saw merit in working with our Australian cousins. I referred to the concept as ‘down-under food baskets’. However, it was important if we were to maximise the entrepreneurial benefits that we were the ones to get the system off the ground.

Nearly all of our New Zealand food companies are too small to go it alone. And most of these companies are too busy with their own problems to initiate a pan-industry approach. So it seemed obvious to me that Government had a key role of facilitation.

I presented my conclusions at a seminar in Wellington which was attended by representatives of at least six Government departments. But alas, nothing happened thereafter.  It simply did not fit with the programs that these officials were charged with implementing.

I wrote about it again in April last year in the Sunday Star Times, with that article also available at my own website.   Once again it stirred up some interest, but somehow the central issue of a one-stop-shop for New Zealand goods got lost.

Ironically, the current moves to set up Australia Mall on China’s JD.com have come not from Australia but from the founder and CEO of JD.com. It’s one thing to be beaten by Australia in a fair game; it is another when the Aussies get a hand up from elsewhere!

Fortunately, not all is lost. As long as we quickly recognise our own tardiness, and swallow a little pride, then perhaps we can still join the party. Indeed JD.com founder and CEO, Richard Liu (Chinese name Liu Qiangdong), has said that although Australia is his main focus, it is not his exclusive focus.

First, a little about Richard Liu and his company.

Listed on the Nasdaq in 2014, JD.com has a market capitalisation of $US46 billion. Liu himself is worth $US9.4 billion according to Forbes.

Liu, who is still in his early forties, is very much a self-made man.  His first business venture was a restaurant that failed. His second business was retail distribution, but he quickly recognised that online was where the opportunities lay. So in 2005, he and his girlfriend of the time founded JD.com. It seems that from there he has never looked back.

JD.com is more than just a portal. It also warehouses and manages all of the distribution logistics through to the Chinese consumers.  In the big cities, the aim is no more than one hour from order to delivery.

In an ideal world, New Zealand would have managed its own product distribution and marketing within China, but it is not an ideal world. And that opportunity is now effectively foreclosed.  So instead, New Zealand needs to manage the daily shipments by air and sea, and let JD.com manage things in China.

The Government then needs to tell exporters that this is their chance to climb aboard. The products we need to see in the New Zealand Mall include fresh milk, UHT milk, ice cream, cheese, butter, New Zealand chicken, lamb , beef, fish, mussels, crustaceans, kiwifruit, apples, an assortment of wines, bottled water, infant formula, processed foods and so on. That is just the start.

I know the response we are going to hear from some exporters. They will say that they are already marketing online and in some cases this is already through JD.com.  Yes, I accept all of that. But in reality most of them are struggling to achieve product visibility. Their products are getting lost within the online jungle, and consumers never find them. And for most New Zealand manufacturers, getting started in China is too big a step.

Other people are going to say that this is not the role of Government. However, without a Government initiative we will not get the pan-industry one-stop NZInc approach. This is exactly the type of facilitation that NZTE should be doing.

Getting the message out to consumers about an online New Zealand Mall should not be too difficult. We now have more than 200,000 Chinese tourists travelling to New Zealand each year. This is the same demographic that increasingly purchases food online. Every one of them should be receiving an online flyer in association with their travel agent. Social media will take up from there.

One of my frustrations in New Zealand is that nearly everyone parrots the need for more value adding, as if a repeated slogan is all that is required. But when opportunities do present themselves, we are too slow to grasp them.

So will we actually do something this time?  Unfortunately, I don’t think we will do anything. And thereby another opportunity will slip by.

Presenting your findings to Govt officials? You are wasting your time and it must be like talking to bunch of cows whose response would just be moo moo moo.

Govt officials' job is to pay someone else to write the prettiest reports on all sorts of strategies etc, period.

If industries in NZ want sell more to China, it is their job to do so. No one else will help you to make $ for free.

Perhaps the barrier for the current National Government is that this type of Govt/Industry iniative goes against their philosophy of hands-off 'small' Government and their focus on reducing/capping govt spending in all areas of actual enterprise.
Their ultimate goal is to exit out of most areas of endeavour and leave all enterprise to large corporations and foreign investment.
Plus there would be actual risk, and all government layers from Health, Education, Enterprise etc are all in an era of extreme risk aversion and policy-covering and audit/box ticking. Plus all Govt depts answer very directly, under tight control.

We see the pull togethr has come from the OZ wine co's esp. Treasury who were desp. to fix things up in China (after the gift giving stopped) and deflect (the problems in USA writing off stock).

Mr Liu has partnered with ASX-listed companies including a2 Milk and Treasury Wine Estates to create an "Australian mall", which will sell authentic Australian product to China's fast growing middle class.

So Prof, you applying for the new VC job at Lincoln College?

All sounds very plausible, but isn't it easier just to sell everything off to "investors".
Oh and focus on the holy grail of a TPPA thingy.
We did actually used to have a variety of companies that would have jumped on that bandwagon, quietly, but I'm afraid they have been absorbed into other entities that really only see bulk sales as the end game no matter how much they talk up the add value.