Mt White – the iconic 40,000 ha Canterbury high country station - on the market for the first time in 100 years 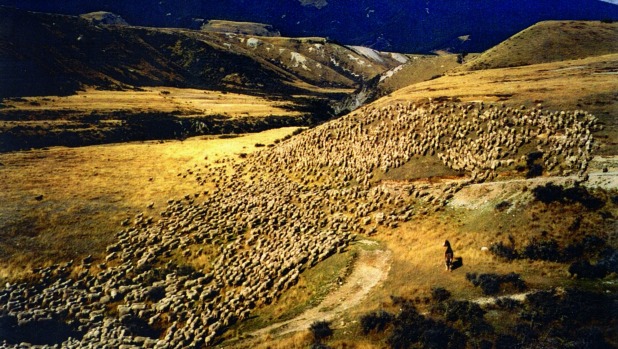 The largest high country station in Canterbury, the well known Mt White Station near Arthur’s Pass, is on the market for the first time in nearly 100 years.

Sprawling across 40,000 hectares in the upper Waimakariri Basin, the iconic farm’s entrance is at the Mt White Bridge, the starting point of the river journey section of the Coast to Coast race.

It was originally settled in 1873 and has been one of the most successful operating stations since the Long Depression of the 1880s. David Clarkson Turnbull bought the leases of Mt White, Lochinvar, and Riversdale in 1924 and the farm has been in the Turnbull family ever since, providing an irresistible appeal for those who want the challenge of working on a classic high country farm.

Great grandson Ben Turnbull says “it has been a privilege for the wider family to be caretakers of this wonderful chunk of New Zealand high country for the past 91 years, and it still has huge potential that is yet to be realised. With no family members directly working on the farm, the family has now agreed that it is time to pass on the baton and give someone else the opportunity to further develop the property and take it into a new era.”

The extensive farmland includes improved pasture with irrigation, large areas of river flats as well as terraces, leading to steeper and more expansive hill country. It has 31km of river frontage, bounded by the Waimakariri and bisected by the Hawdon, Poulter and Esk rivers.

Renowned for its rugged and beautiful landscape, the drive from the entrance at Mt White bridge to the homestead, much of it bordering the Arthurs Pass National Park, covers 28kms. The pristine Lake Letitia is a centrepiece of the homestead block. It then takes several hours on farm tracks from the homestead to get out to the back of the station to the Dampier Range in the east, not far from Hawarden. The station’s boundaries are the Puketeraki Range in the southeast, the Arthur’s Pass National Park to the north and west and the Esk Head saddle to the northeast.

“Mt White Station is legendary among high country farming circles for its scale, isolation, its awe-inspiring landscape and varied climate. Its status has ensured there has always been a steady stream of enthusiastic people wanting to work on the station.”

“We think this will have huge appeal for anyone looking for a large scale farming operation with the X factor, of having such a rich history and stunning landscapes. We expect strong local and international interest from prospective buyers; there is huge potential still available to drive farm production and performance, and further develop the extensive river flats and easy terraces with a range of agricultural development options. Outside of its core farming operations, there’s also great potential for tourist related activities, being a mere 30 minute flight from Christchurch International airport,” O’Brien says.

Traditionally a large-scale merino sheep station, there is also a well regarded Hereford cattle herd and deer farming operation. The property comprises the homestead, cottage, musterers’ quarters and farm buildings including an historic woolshed. There are several additional station huts that are perfect for bespoke hunting trips or back country adventures including Esk River, Anna, Lochinvar, Cattle Creek, and Riversdale.

The station’s raw and natural beauty also extends to a huge resource of native manuka on the property, which provides scope for a very valuable honey operation. Already regarded as a hunting and fishing paradise, the abundant open spaces and natural water resources provide endless scope for further recreational and business opportunities, O’Brien says.

“The station’s access to an international airport and the remarkable value lying in this dramatic mountain estate, represents one of the last great opportunities to own an enviable slice of New Zealand not easily duplicated in the world.”

Mt White was recently the subject of a book, ‘The Legend Of Mt White Station,’ by Gerald Sandrey.