Keith Woodford says Fonterra's proposal to change its governance structure is stacked, with farmers only getting a take-it-or-leave-it option

Keith Woodford says Fonterra's proposal to change its governance structure is stacked, with farmers only getting a take-it-or-leave-it option 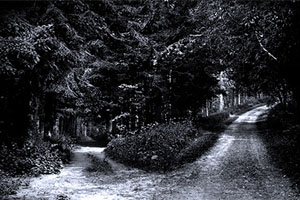 Is Fonterra on a path to a bad place?

Fonterra’s latest proposal for company governance has done little more than re-arrange the deck chairs from last month’s controversial proposal, which I have previously written about.

Many farmers have been convinced by the call from former directors Colin Armer and Greg Gent that reducing the number of directors would be a step forward, and it aligns with a widely held view that something at Fonterra needs to change. But reduced director numbers in itself will achieve nothing of substance.

The reason that the proposal is a Trojan horse is that it lets in a revised director selection process that is fundamentally non democratic, and which take power away from farmer members.

Fonterra itself is a business with assets of $19 billion and equity of $7 billion.  However, beneath this there are another set of land and cow assets that are owned by farmers that are worth – even at todays discounted rates – more than $60 billion, with more than $30 billion of this is now owed to the banks.  Why would farmers want to release their direct say in governance by relinquishing the power to select their directors?

It is now explicit as to how the director nomination and selection process will be managed. This process is complex with multiple steps, and effectively keeps farmer shareholders well away from the selection process.

Although the proposed process itself is now explicit, the operation thereof will be clouded in secrecy.

The only way for farmer shareholders to influence the choice of directors will be by rejecting the Boards own nominations. And then the process of finding an alternative director goes back behind closed doors.

The new proposal, if accepted by farmers, will in the long term do more to alienate members than any event since Fonterra’s formation.   The danger is, that with farmers currently distracted by more immediate issues of cash flow and survival, the proposals will pass at the vote on June 10, simply because many farmers will have not engaged with the key issues.

The required approval of 75% of farmer votes is a stiff target. But it is feasible that it could be achieved off a low turnout. This is particularly the case if the larger corporate-type farmers vote in favour.

One has to ask, what has led the current Board to endorse these proposals. The support within the Board is supposedly unanimous, but is that simply because of ‘cabinet solidarity’?

We know that in the past a divided Board has chosen to present a united front under pressure from the majority.  It would be interesting to see each Board member stand up and explain why he or she is supporting the change.

As a starting point, the proposal uses a common approach to choose both farmer and non-farmer directors, and in the process ignores the differences in situation.

Non-farmer directors are meant to be chosen for specific skill sets that are otherwise missing in the overall Board.  This is best achieved by a private and confidential search, followed by tapping the desired people on the shoulder.  Democracy is not the way to get the right people to fill those specific roles.

Under the revised proposals, it will be the nomination and selection committees that seek out both these non-farmer and also the farmer directors, but then the selected nominees will have to sell themselves to a series of public farmer meetings. Most potential non-farmer directors with the relevant expertise have a range of alternative options, and they will feel little need to allow their names to go forward into such a process. That is not the way these people operate.

As for the farmer directors, the claim is that it will reduce the internal politics. In terms of double speak I am reminded of George Orwell’s 1984.

The new proposed system will be totally closed door until just before final acceptance or rejection of nominees by farmers. It will depend on the nomination and selection committees, dominated by existing Fonterra Board-think plus nominated independent non-farmer business people, and where those with new or provocative thinking will struggle to get a guernsey.

The proposed process of director selection is highly complex with multiple stages.

First there will be a nominating committee of two Fonterra farmer directors and two non-farmer directors. There will also be two Shareholders Council observers on this Committee.

The Selection Committee then appoints a commercial search agency to do the hard work of finding candidates for the Board on its behalf.  Fonterra farmers can self-nominate at this stage on a confidential basis for a farmer director position.    The search agency will interview the candidates and form a long list.

At this stage the Selection Committee takes over to turn the long list into a short list.

Wow!  If this isn’t the ultimate in networks and internal politics, then it must come very close.

From here, the full Board and the Shareholders Council give their tick of approval (but supposedly without knowing who has not made the grade, as that is meant to be confidential). Alternatively they can give the selections a cross, in which case the process is repeated.

Finally, farmers are presented with a list of candidates, with one candidate for each position. The names of unsuccessful nominees from earlier in the process still remain confidential.   Farmers then give a tick or a cross. If they give a collective cross, then the process once again repeats itself.

Actually, there are comparable analogies from elsewhere. They are called communist party elections.  Essentially, this is the process they follow of selection and then public endorsement and ‘election’ of the chosen ‘selected’ candidates.

There are multiple problems at Fonterra, and some of these are a consequence of bad historical decisions going back many years.  They have come from weaknesses in leadership and weaknesses in diversity of thinking.  I have written previously about those on multiple occasions.

However, none of the current proposals solve any of Fonterra’s current weaknesses. These proposals simply throw out the baby with the bathwater.

Hopefully, enough Fonterra farmers will clear their minds of current distractions to recognise that this is not the path forward.

Whoops, the sheepskin is slipping a little showing the wolf underneath.

This is typical of many business's where senior management grow a huge skin of Teflon and entitlement. They are now exercising their muscle, and Keith is right, many farmers will be too distracted by their own problems, or they just won't understand the implications. Again the farmers are getting screwed by their own company.

If I grew broccoli or some other veg I have a number of more independent place to sell my goods. Supermarket, farmers market, restaurants, farm gate, hotels, retirement village catering...What choices do dairy farmers in NZ have ? It's a bit of a locked in product industry. If you don't like the direction or management of the co op where do you go? Westland? Just sell organic from farm gate? Find a small cheese maker maybe? Would this be true?

why give away voting rights?
what makes "this is the way it is, yes or no" better

The names of electoral candidates remain "secret" .............. well blow me down , the only other organisations that run on such a system devoid of transparency are

No one seems to understand how the leaders of these organisations are elected , often we don't even now who they are either .

C'mon guys , Fonterra is to New Zealand, what BHP Billiton is to Oz , Petronas is to Malaysia , Aramco is the Saudi Arabia , Toyota is to Japan , or Anglo- American is to South Africa .

They have a social responsibility to be more open , given their dominance and size

Being asked to 'take a leap of faith' (trust the directors to know best) and basically give away a democratic right doesn't it cut it here. A new round of shareholder meetings have started. The start of which has been somewhat robust.
It's called a Governance and Representation review. Except it is only really a Governance review. The real problem in Fonterra is shareholder disengagement and that is mainly a representation problem. They have put the cart before the horse - no surprises there.

I would be astounded if Dairy Farmers brought this. If I had several $100ks or millions tied up in a company for which I was almost totally reliant on for my income, I would most certainly want to retain my right to vote directly for my farmer representative's on the board. Farmer networks a pretty strong and it soon becomes known if dead wood is apparent.

Back to the drawing board, Mr Fonterra.

There is no way farmers should give up their direct voting when capital investment in the co-op is compulsory.

The Claytons vote is not good enough.

Farmers speak up - have your say and vote this down.