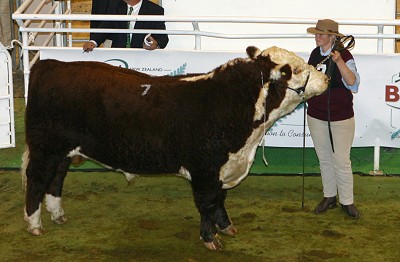 This week’s lamb schedules were easier as some processors reacted negatively to the sudden currency lifts, and reflected that customers are proving sensitive to higher pricing when cheaper alternative proteins are readily available.

They also report this last season has been difficult in terms of profitability, as increased competition for falling stock numbers in a flat overseas market has trimmed margins.

The local trade schedules are steady at present, but at the saleyards prices are lifting, probably only because more quality animals are being offered.

Scanned in lamb ewes are now being seen in numbers at North Island saleyards with top sheep reaching around $130 a head, and plainer older animals around a $100.

Store lamb prices have remained steady with southern prices in the low $70's and northern values about $5 more, but it is interesting to note these values are well ahead of where they were last year.

A deafening silence from the OIO for a decision on the Chinese meat partnership deal, and executives from Silver Fern Farms will be getting nervous as the 30 June dealine nears.

WOOL
The single North Island wool auction last week was hit by the rapidly strengthening currency with the US dollar 4.4% higher than last week, and prices and passings reflected that.

Next weeks South Island sale is small due to the delay caused by the recent wet weather, and new season’s mid micron wools were over $1/kg clean behind on where they were last year.

BEEF
Stable beef schedules this week as processors report good grilling season demand out of the US and restricted supply out of Australia, where recent heavy rains are expected to encourage some restocking.

Sire bulls sales have been strong as breeders look to invest in more profitable genes for better beef returns and saleyard store animals are in demand especially in  North Island regions with feed .

Local trade schedules moved upwards again in the North Island but stayed steady in the south, as numbers of quality prime animals are proving hard to source.

Beef and Lamb NZ report that prices for sheep and beef farm inputs have fallen by 2% over the last March year, lead by big drops from interest and fuel.

Fielday exhibitors will be hoping beef farmers will open their cheque books after such a good year, as other sectors like dairy and sheepmeats will be much more cautious on spending.

Venison schedules eased unexpectedly this week as processors factor in the currency, and negotiations with European customers are proving challenging because of lack of supply.

Prices are expected to be better than last year, but sustainable long term returns should be the goal if the recent reinvestment into females is to have a good result.

Deer skin prices are at historically low levels, as this soft leather product falls from favour in the fashion stakes.

Beef goes on 'discount' at the supermarket. We are dropping prices across the meat department.

It is the second Monday in a row that CME cattle futures have collapsed and no one seems to understand why. Obviously, FC futures are responding to 8-10 cent rally in corn this morning but LC futures? Last week’s cash cattle trade was a bit of a disappointment though it was only steady to weak despite some packers needing cattle.
http://www.thebeefread.com/

The beef sector is facing a "catastrophic" collapse in demand this autumn, the country's largest processor has warned.

Thanks for all the links Aj. Hows it looking down your way? Having easy start to winter so far here.

Hi Belle,I'm in the UK. Still no rain with us, so it's getting tough, maybe we are getting included in Canterbury's big dry, I hear it's horrible down south.

Believe me AJ, you don't want our big dry. I've sent 1700 ewes down Timaru way for grazing, now have 500 Su left on 500 ha, normally winter 4000su, transport bill arrived the other day, $7000. Ewes will be away for 12 weeks and will cost about $53000 in total including transport. Have had 70 ml in last 4 weeks, while most parts of property has turned green there is again no clover germinated in the pasture for second autumn running. Last winter I grazed on farm for a similar cost, but there was no way I could do it this time, the land needs a rest and so do I. The worry is now there is no rain on the horizon for the rest of month, and without some big rain through July I can't see any decent pasture covers come lambing time. Although daytime temperature are warm we have already has about 10 frosts and recent nor west days have sucked most of the moisture out.
Hope all the dry regions in NZ get some good rain soon and a kind winter.

Sheepish, how long has this been going on? We started getting dry in the new year and it's been interesting ever since. I planted some trees last week, the ground was like dust and I think I wasted my time. I have lost trees that were 35 years old. When I look south from the top of my farm it's all brown but looking north has a shade of green, we have had some cracker frosts. I hear that water tables are super low but much worse with you. It makes one wonder about how to value farmland, when every few years you get another adverse weather event that consumes any profit made in the good years.
I sold my cattle and looked at other options till December. I don't read much in the paper about your plight, I suppose it's old news now. How big is the area affected?

Crikey thats awful Sheepish. Is there a history of this sort of drought around your way or is this out of the ordinary? I gather you are going to stay out of beef for a while Aj...We have had such a good season so far I would normally put more stock on. But not willing to pay the money required with the outlook as it is.

Timing is always an issue Belle, without an 'event' the beef price could stay up but I agree the store market is pretty heady. Also with the drought we are in, entering mid-winter it has been an easy decision to sell cattle.
I'm not sure which way to turn now, the sheep market isn't looking that hot and lots of farmers now are pure traders, traditional the breeders are even entering the trading game.
The other issue is the disconnect of the futures markets for beef and real market conditions although my friend in Nth California texted me and said prices are still falling.

The current live cattle contract was designed in a time when almost all of the fed cattle traded in this country were traded based on live weight. In the early days of the contract, many of those cattle were traded at terminal stockyards where cattle feeders delivered their cattle and brokers sold them live weight to packers who stationed buyers on the premise. As feedlots were built across the plains, those transactions moved to the feedyard locations where buyers viewed the offerings and negotiated prices for delivery from the feedyards with standard weigh ups. Cattle were generally purchased one week for the next week's delivery to the beef plant.

Over the course of time, packers secured more of their needs through committed arrangements with larger feeders using the existing cash market as a base price with the final price determined by actual carcass performance. In the northern plains much of the trading continued on a flat dressed price delivered to the plant. Today estimates of trading would indicate that somewhere around 75% of all cattle traded in the slaughter markets are sold on some form of carcass price. The most common price point today is a YG [yield grade] 3 choice carcass that serves as a par for most all price determinations with 70% of the fed slaughter grading choice.

Participants in the cattle futures watch with confusion and often amazement at the daily price movement of the cattle futures. More and more frequently those futures and their price movements have disconnected from the cash markets. The reason is fairly simple. The cash market has become a mish mash of indiscernible and undiscoverable price points. The cash market for live transactions has dwindled to currently represent a small fraction of the overall total of cattle traded each week. These cattle often represent the bottom of the pickle barrel with premium cattle sent to slaughter under many and various other types of pricing. Delivery periods are confused by mandatory price reporting that allows cattle sold up to 30 days forward to be included in current cash trades.
http://www.agcenter.com/newcattlereport.aspx

The drought started about November 2014 after inadequate spring rainfall and by June 30 we had only 285 ml a for the twelve months, our long term average is 675 mls. Then this latest spring we had well below average again and January's large rain of 140 mls was far too late but probably got us through to early March. Feb, March and April rain was 51 ml a in total. At one stage we got 2 mls in seven weeks. Total for last 12 months, about 420 mls. Belle, the region in the 2 year drought is pretty small, probably takes in about 500 s and b farms, from Amberley to the Conway river and back to the alps.We always expect a real strong drought in North Canterbury every 20 years, as well as some other dry years, but this one is by far the worst on record and is unprecedented in the scale of the de stocking that has happened. It's been bloody tough on the head and bank balance, and will get even tougher when we all restock once it breaks.