The Sheep Deer and Cattle Report: Sharp spring schedule lifts for all products but processors warn they may be short lived

Rural News
The Sheep Deer and Cattle Report: Sharp spring schedule lifts for all products but processors warn they may be short lived 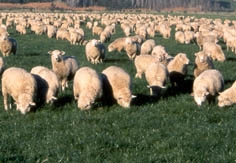 Lamb schedules rose sharply this week, as more companies reflect the demand for Christmas chilled meat in a short supply market, and some have been offering supply and quality premiums to attract numbers.

They warn these price premiums may only last until the sea freight deadline of the end of October for the EU/UK  Xmas and Chinese New Year trade, after which schedules will decrease reflecting future lower market returns.

North Island operators will be well into their docking and will be readjusting budgets for the pessimistic forecasts for summer lamb prices amid very good feed conditions driven by plenty of rain.

Alliance has been quick to replace Silver Fern Farms as the partner to process the merino hoggets for the Silere brand, now an important  driver  to profits for high country farmers.

WOOL
This week’s North Island wool auction was again weak, and only 74% of the offering met vendors expectations.

Scientists report  good progress in improving the hard hill country where improved forage species and new cultivars of sub clovers, have given these areas a significant boost.

BEEF
Beef schedule lifted this week, as the prime market looked to fill the gaps opened in the North Asian market by shortages out of Australia..

As the first shipments of Brazilian beef hit the US market analysts are uncertain how it will influence the market, but in NZ the currency is still impinging on farmgate prices.

Local saleyard prime steers are still selling around $3/kg lwt but a local trade schedule drop last week in the North Island is sure to dampen demand.

Grass is still driving the store market and sellers will have been well rewarded for good feeding over the winter period, as beef numbers in NZ have been estimated to have grown by 2.8% from the year before.

MPI have announced more officials have been employed as quarantine officers, as the tourist boom has stretched resources to keep our borders safe from biosecurity challenges.

They have also taken a hard line on a shipload of pke with unsafe documentation, and are preventing it berthing with fears the cargo may be contaminated.

Officials have also  warned farmers who had velvet leaf infestations to check and recheck last years site, to ensure this serious weed does not reappear and cause long term damage to our soils and crops.

Venison schedules lifted again this week, as chilled orders continue to outstrip supply although production has lifted significantly as managers try to maximise numbers for this price premium period.

Continuity of supply and the strong currency worries exporters, as the industry tries to grow the breeding herd as fast as possible to meet this future demand.

Good grass growth and mild weather has seen the velvet crop grow rapidly and every year this spectacular growth continues to amaze handlers.

Such is the way of things in this unprecedented time in the cattle and beef business. Veteran traders sense something is very wrong. Yet no one has a road map for this enormous macro-economic change in the cattle and beef business. It all seems to be happening much faster than anyone dreamed, let alone was prepared for and where it leads is undefinable since history is offering no guidance. At least not cattle market history.
http://www.thebeefread.com/

Just in case someone tells you that we are not dependant on the USA for beef exports.

How good are your negotiating skills? I would be negotiating these downwards. It's one way of finding out if you are a valued client. ;-) Rates these days are often individualised according to clients situations. Strong (positive) cashflow should give you some leverage.

Do some homework before approaching the bank & ask around your fellow farmers (I wouldn't expect anything other than general comments on here). Good luck!

Friday saw a precipitous decline in livestock futures, as prices for lean hogs fell by some 5%, while live cattle hit limit down.

dismal market conditions and a poor political environment were factors contributing to the closure of the three feedlots that have capacity for 100,000 cattle.

So I guess Andrewj you haven't started buying your replacement cattle yet for the ones you sold back in winter. If not - how are you controlling grass growth?

I had feed in June, so I did a short term lease deal with a farmer who had none, I made it run till November so I wouldn't have to worry about the feed.
Some horror facial eczema stories about, I have a friend who has lost over half of his stud ewes. Farming doesn't feel as easy as it used to.

Mmm I think a lot of last years calves took a beating too. Had a bit of excema here which is unusual. I think you had it about spot on Andrew. By late this year whats gona happen with beef will probably have happened.

Belle - if the future for dairy is not as rosy as they say and beef is on a slide what's left? We have tried to diversify - running bull beef and local trade, medium scale calf rearing, sheep and dairy replacements. Makes management bloody difficult. And still no BMW.

Heh its food. Farmers aint ever gona get rich. Unless you are good at flipping farm properties. I resigned myself to this a long time ago. Though the last few years finishing bulls has given me a taste of the easy life. Unfortunately it looks like thats over for now. When times go bad I go back to calf rearing...at least its a cheap entry point. Grabbing lambs when it goes dry, the turn around is quicker than cattle. And sticking with the bulls cause they grow so fast. You may get paid more per kilo for heifer and steer but it just takes too long to get there and if store prices are high like they are at the moment. Its a double whammy. I too am scratching my head. I bought some old ewes in january when they hit rock bottom. Their lambs are nearly ready to go. So I should beat the crash in lamb. The old biddies did 166% but that has meant a few tail ender twins and triplets. It has also taken a lot of feed from the yearling bulls. Cant win. As expected the dairy auction was a bit rubbish. There goes my hope that dairy grazers would go back out, so the store cattle price would ease...

Makes living in the old Bi-polar world so much simpler. Today its multi-polar and it's much harder to double guess markets.
When it was us ( West) and them and Asia didn't really count, you could plan and make long term forecast with some certainty. I don't think thats going to come back soon. The USA used to be the big wheat exporter now it's just another runner.
>>
“Twenty-five years ago, I was at the center of the world wheat crop,” he said. “I was in Kansas. The Kansas wheat crop doesn’t matter any longer. The U.S. wheat crop almost doesn’t matter any longer. World wheat stocks will be the highest in 16 years.
http://www.world-grain.com/articles/news_home/Features/2016/06/Trading_…

And our beef, dairy, wool and lamb crop doesn't matter anymore either. Globalisation has to be a game changer, we just cannot turn the clock back. Brazil is a monster in the world beef game and Russia is a monster in world wheat markets and moving rapidly in protein markets.

No one knows what China will do, it can turn on a dime and leave us out in the cold. Politics and trade become intertwined in Asia and we are just tiny players.

So for bull beef, it may just fade out, it's a bit of an anomaly anyway, linked to the USA hamburger market and I for one have never seen it as a high end quality product and Brazil and Argentina are going to hit the USA CL beef market with lots of product.

So many farmers around here are carrying last years ram lambs through to the next years, UK Christmas market and I wouldn't eat them myself so not much, 'quality', or niche marketing there either. Although I do love our young lambs and do see a lot of potential that somehow we have missed. ( hormone free, grass fed etc)

In the UK lots of robot milking plants being installed, in fact I would dare to say all over Europe. I don't know how much of a game changer they are but dairy farmers I talked to in the UK are going full robot milking and very happy, and lets face it, they only get better, when there is only so much you can do with poorly educated staff on min wage, with health and safety, ACC, etc.

NZ desperately needs to cut costs to producers, I wouldn't hold your breath on that one.

So our big competitor in protein is the monogastric stomachs in pigs and chicken, %80 more efficient than ruminants. If grain gets cheap they can turn on the tap and increase production in a hurry.

So look at the long term trend in grain prices and ask yourself if you would bet against the trend?

We need to change but our leaders have their heads in the wrong place.

It's difficult alright, farmers our way 2/3 stock after drought, won't have much to sell and falling prices, and high store prices as we are getting a good spring.