The Sheep Deer and Cattle Report: Farmers running with weaning, drafting, dagging, shearing, and feed conservation all before Christmas

The Sheep Deer and Cattle Report: Farmers running with weaning, drafting, dagging, shearing, and feed conservation all before Christmas 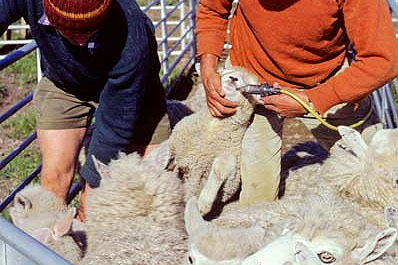 Schedule prices keep easing as processing builds, and although the exchange rate has made the UK market nearly uneconomic, other markets have held firm with the small supply.

Chinese interest has been building with lamb flaps selling at a 20 month high recently, but all are nervous where the big volumes will go in the New Year.

December is weaning month, and the rush to get prime animals drafted, dagged and away before Christmas puts plenty of pressure on what is a busy month for farm activities.

The poor prices have seen sheep farmers confidence levels drop again, and this will surely reflect again in sheep numbers and put more pressure on processing efficiency and profitability in the sector.

Processors report they have had difficulty meeting supply commitments as the November kill was well back on last year, and this delay will put more future product into the poorer returning frozen market.

The Tinwald sale has it’s last auction this week, as changes of landuse has decimated the numbers using this facility in Mid Canterbury, and participants will need to go further north or south for saleyard deals.

Agents report plentiful feed supplies are evident in most areas of the South Island and margins and availability of store stock have been trimmed as a result.

They believe as a result few stock will cross the strait because of wide spread feed supplies and the cost of navigating the longer earthquake induced journey.

WOOL
The North Island auction attracted 2000 bales above the rostered amount to again put pressure on prices, and the coarse wool indicator dropped to a new yearly low.

The targeted buying did see some lifts for certain lots and there was more interest from Chinese buyers than had been seen in previous sales.

Main shearing has started and the quality of the crossbred wools will be colouring with the wet weather, and how the poorer product lots will fare in this weak market will be a concern.

Small amounts of lambs wool was traded at this auction but was well back on last years levels.

The merger between the big scouring firms has passed the last regulatory hurdles and job losses are sure to occur as the northern scours re-establish onto one site.

BEEF
Another stable week for beef schedules, as the slow bull kill rates starts to lift, and more prime animals are offered for sale.

Prices are expected to ease as supply increases, but in the saleyard market, excess feed and regular rains have kept the store market very strong.

More dairy beef sales in the north have maintained the strong pricing as shortages drive vendors into differing stock classes and breeds in the desire to utilise grass surpluses.

AgResearch scientists report the Irish wasp has saved livestock farmers $500 million dollars, with its control of the clover root weevil as its population has been reduced by 90%.

Massey makes a play for the only Agriculture University in NZ as the new Chancellor Chris Kelly aims to shift the courses back to the core business.

This will threaten Lincoln in the south whose funding issues have caused serious job losses and triming of courses will create the perception that the Southern University has any future in rural education.

DEER
The venison schedule was stable this week, and if this is now the summer low pricing, deer farmers will be earning $45/hd more for their yearling stags than they did last year.

Processors report that the strong pricing levels would bexposed by cheaper poultry and pork have not eventuated and the smaller sales have filled a niche market successfully.

The national velvet competition is being held this week, but the competitors may be talking more about this years lack of sales of the early crop, than about the quality of the  heads on display.