The Sheep Deer and Cattle Report: A poor result from Silver Fern Farms illustrates the struggles for the red meat sector

The Sheep Deer and Cattle Report: A poor result from Silver Fern Farms illustrates the struggles for the red meat sector 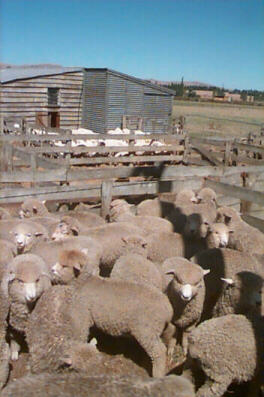 Schedules were stable this week, but sheep farmers’ confidence is low, as more of the same is just not good enough for most in the sector.

Early Easter production will start next week and it is hoped this strong demand period will kick start better price levels.

In our main lamb markets of the UK and Europe demand remains strong but the currency is thwarting these returns reaching the farmers’ pocket. The Prime Minister’s visit to Britain to negotiate trade deals post Brexit looks very important.

The two-tooth sales in the north have started and while the top prices look good at $170-$175. Most animals are still only reaching prices in the low $100’s.

Demand for store lambs remains strong at around $70-$75 for well-bred stock and numbers offered in Canterbury are lifting, as the weather gets dry and more foothills properties are weaning.

A significant premium is being held for lambs in the south as feed  and expensive cattle options drives the market and some believe some southern buyers will start bidding at North Island yards soon.

Sheep and Beef farmers confidence levels would have taken another hit on the Silver Fern Farms annual loss for the past year. Some will argue this result shows how important the new partnership deal is for the future of the red meat sector, but only a positive annual result in the coming year will quieten the doubters.

WOOL
The first sale of 2017 saw big volumes hit the market and prices fell as a result, with crossbred indicators reaching new lows at 380c-393c/kg clean.

There was a lift for lambs’ wool however, but it was micron dependent and the finer the better for crossbred lambs, to receive a better price.

Industry sources suggest volumes of wool stored is now growing after weeks of passings at auction and this will delay any quick upturn in this market short of Chinese interest (where sales are back 37% on last year).

BEEF
Stable schedules this week for beef, as volumes of prime animals continue to be in short supply. Although nationally, reports suggest bull numbers have picked up significantly.

Saleyards have been full of used sire bulls after they have done the job in the dairy herd, but cull dairy cow numbers are light after two years of heavy culling.

Saleyard prime steers have maintained their price levels over the Xmas break with Canterbury saleyards still 30c/kg lwt ahead of northern venues, for similar weight animals.

The WTO has ruled in favour of NZ over the Indonesian ban on our beef to that country, as trade negotiators strive to get a fairer deal for all of our agricultural products in the global market.

DEER
Venison has maintained the improved summer schedules this week and instilled further confidence amongst deer farmers for the future ahead.

No progress in the velvet standoff but industry officials are confident the regulatory changes made by the Chinese will be good for NZ velvet once they work through the system.

It was PPCS. Over the last 16 years the entity has turned itself inside out, upside down and back to front & all that has actually been achieved is a new name ie Silver Fern Farms. Reality is, if what you buy and add cost to is more than what you sell it for, no amount of PR & buzz words alter the grim truth that the business is flying like a lead balloon. Go back,Waitaki, Hellaby, Weddells, Borthwicks, Fortex, Challenge,PML. Go forward, guess who is next?

My part of NZ must be different than the rest. Lamb and prime beef both dropped 20centsand the store lamb market has come a gutser over last couple of sales at $2.00 per kg and less. Watching medium store lambs make $45 to $50 is not going to encourage anyone into the industry.

Landcorp head for another belly flop. Taking Rangitiaki Station out of sheep in a huge dispersal sale, going into an intensive bull beef operation on sensitive volcanic soils. Our beef quota into USA hasn't changed in years, so all this extra beef is heading to Asia which is Volatility with a capital.

An additional 4 percent of beef production is expected in 2017 in addition to the 6.1 percent year-over-year increase in 2016. Cattle slaughter exceeded expectations throughout 2016.

We have gone from 49 million sheep to 25 million sheep and we still face a crisis in the industry. The sheep industry is uneconomic with our present cost structure and for many hill country farms they are the only option.

Solutions Andrew for the sheep farmers ? Honey and tourism is that the future ?

Hillbilly, we are victims of a shift in the the way food is sold but there are strong undercurrents, showing people are getting fed up and shifting back to more traditional outlets. Now we are so dependent on China I am not holding a lot of hope in the short term , longer term I still have hope.

I think people will get angry and expect better from suppliers.
Look at what happened in Canada after the Wheat board was abolished, meant to be a step forward for farmers.
https://www.pressprogress.ca/one_chart_shows_why_the_liberal_uturn_on_th...

I think we should go back to suppling butchers with whole carcass, stop selling old ram lambs, get away from the supermarkets they are too big for us to win any battle for a fair share of profits. I suspect most NZ boning plants are a drain on profits.