Keith Woodford, a long time watcher of the A2 milk category, sees the sense in the closer tie-up between a2Milk and Synlait

Keith Woodford, a long time watcher of the A2 milk category, sees the sense in the closer tie-up between a2Milk and Synlait 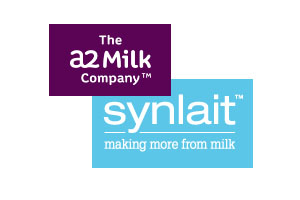 The a2 Milk Company (A2M) and Synlait have each announced to the market today (Friday) that A2M has purchased 8.2 percent of Synlait. This was an off-market transaction with Dutch-owned Friesland Campina, previously Synlait’s second largest shareholder after Chinese-owned Bright.  The purchase and sale makes strategic sense for all three companies.

I watch both companies closely, and the buy-in has come as no surprise. Both Synlait and A2M are now increasingly dependent on each other.  All of the ‘a2 Platinum’ infant formula that underpins the remarkable success of A2M in Australia and China comes from Synlait.

Currently, about one third of Synlait’s suppliers have herds that are 100 percent ‘A2’, i.e. free of A1 beta-casein. This is up from less than 10% of suppliers at the start of the 2015/16 season.   Many Synlait farmers have been able to make the switch quickly though ownership of multiple herds and selection therefrom.  Two major corporates have even shifted cows down from the North Island.

In the past, Synlait has had a number of other infant formula brands, including Akarola (a JV with Chengdu-based New Hope), ‘Pure Canterbury’ (owned by Bright from Shanghai) and ‘Munchkin grass-fed’ (American owned).  It seems that Akarola and Pure Canterbury are close to dead in the rapidly evolving China market, and that Munchkin (owned by Munchkin and with grass-fed as its differentiating proposition) might also be struggling to get market traction.

In contrast, A2M has been going from strength to strength.  Sales of ‘a2 Platinum’ in the first half of the current year were up 150 percent on those for the corresponding prior period.

A2M has said it has no plans for further purchase of shares, but that is just standard talk to make clear that a take-over is not in the offing. However, further share purchases are not out of the question.  There is considerable chatter within financial circles of the possibility of one of the international majors making a play for A2M.  Ongoing formalisation of the alliance with Synlait would be important for any buyer of A2M.

The challenge for Synlait and A2M could now be to move an even larger number of its farmers across to milk that is free of A1 beta-casein. My estimate is that they will have enough ‘A2” milk for 2017/18, but I am less confident about thereafter, given the current tsunami of demand for ‘a2 Platinum’.

It is now six years since I arranged the first meeting between the CEOs of Synlait and A2M. The reason I facilitated that meeting was because I could see the potential synergy between the two companies.  Also, I knew that Synlait could rapidly get the first one-third of its herds across to being free of A1 beta-casein. However, going the next step to say two-thirds of the herds free of A1 beta-casein could be more challenging. The conversion will have to rely on breeding and purchase rather than herd re-organisation.

Thats good, take a pat on the head.
Please now tell me the A2 cows, or their farmers, or the farms, will conform to the EU directives on nitrates.
That would be a great sales feature.
http://ec.europa.eu/environment/water/water-nitrates/index_en.html

Synlait have some sort of environmental standard that they pay extra for. Those directives don't look too onerous so I'd suspect that yes they would conform.

A sales feature? The EU value is less than 50mg/l. Looks like we are already better than the EU if Mike Joy's chart in this link is correct.
http://www.stuff.co.nz/the-press/news/67691301/Tougher-water-rules-neede...

EU sets nitrogen from effluent to be no more than 170kg/ha all of them include the limit of 170kg nitrogen per hectare per year from livestock manure that is set out in the Directive
http://ec.europa.eu/environment/pubs/pdf/factsheets/nitrates.pdf

Southland the Regional Council has set 150kg/ha and it has been this level for some years now.
the maximum loading rate of nitrogen onto any land area does not exceed 150 kilograms of nitrogen per hectare per year from agricultural effluent or water containing agricultural effluent;
edit: http://www.es.govt.nz/Document%20Library/Consultations/2016/Proposed%20S...

then theres the acid rain