The Sheep, Deer and Cattle Report: Lamb schedules keep on rising as does demand for in calf beef heifers and cows

Rural News
The Sheep, Deer and Cattle Report: Lamb schedules keep on rising as does demand for in calf beef heifers and cows 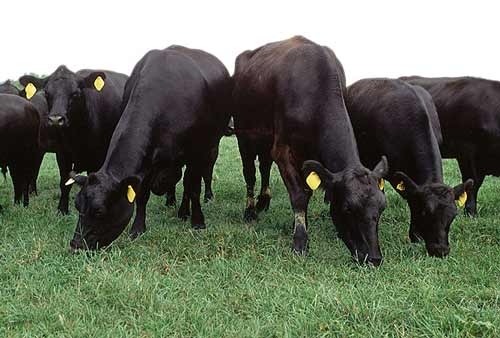 Processors report favourable currency rates have improved demand and on farm pricing, as shortages rule in our main markets.

Alliance says they see prices for the July/September period around 580-630c/kg cwt for lamb and 380-400c/kg cwt for mutton.

Rumours are building that Silver Fern Farms Fairton plant could be at risk, and a meeting with staff this week will clarify its future direction.

As the new partnership closes in on it's first 6 months  the company should review the progress it has made under the new entity. A share price of 51c does not reflect any optimism on the company and critics suggest it is falling behind promised expectations.

Blue Sky Meats are moving on after their failed takeover bid, and they will need to refocus quickly, in this very competitive procurement market.

WOOL
No changes in the very depressed wool market, as last week’s offering at the Napier auction only sold 78% of the sale. Prices remained static for crossbred fleece but there was another small lift for finer lambs wool.

The island premiums which favoured southern fleeces have all but disappeared in this weak market, as more wool is withdrawn from auction, or sale.

An illustration of the market weakness was shown by the sale of some poorer style second shear wool unable to make $2/kg clean!

A wool broker warned this week that even mid micron wools will suffer from price volatility.  NZ product is too reliant on a dominant Chinese market and there is not enough competition to drive prices higher.

BEEF
Prices ease again for manufacturing cow, as the peak kill of the dairy cows is in progress resulting in overtime shifts for the plants.

Prime beef again lifted quietly this week, as Silver Fern Farms expects to get its first trial shipment of chilled beef into China in June.

Strong interest in beef cows was illustrated at Fairlie, as $2700/hd was paid for commercial in calf heifers mated to top bulls.

Late sales of weaner cattle have continued to attract record prices, and while the store cattle market in the north has eased agents believe it will pick up if soils dry out a bit.

DEER
Big lifts in venison schedules this week, as processors reflect demand for product during the low processing period of the year.

Prices are going to infinity and beyond with just a few hiccups along the way.
"
The dramatic turn of events the last 2 weeks have left many in the beef industry a bit shell shocked. The velocity of the rally took most by surprise and the steep and relentless nature of the current cash cattle and futures break is having a similar effect. Friday’s ‘gift’ rally now seems like a dream."
http://www.thebeefread.com/

AJ... Do u think the world is moving into an "inflationary" climate..??

I think that is the goal, but with China having credit bubble issues and the West stagnating, is it possible to resurrect the old growth model we were so fond of?

No... the old paradigm of growth thru debt expansion ( credit growth) is pretty much over..
What we have now is probably the Wests' version of Japans period of .."zombie economy".

Look at NZ ... one cycle behind... and still oblivious of the dangers of pursuing GDP growth thru never ending credit expansion..... and most of our credit growth is in the household sector,.... which should be a disturbing thing, too our great leaders..... but is not.

There is always that fear of obsolescence, this is an interesting review on the death of the consumer camera,

ditto the owner operated petrol vehicle. The consequences are enormous. Jobs in their thousands gone, vast areas of inner city land freed up (think car parks,roads, garages). Add in the demise of retail and those extra spaces and one can see the folly of current thought.

.....it seems like yesterday when I marvelled over a fax machine.

Just following one thread like driverless EVs in quite mind boggling., Uber is already eating taxi drivers lunch and driverless EVs cant be that far away, 5 years? 10 max? Less maintenance as well, how many garages will there be in 20 years as a result? what will their margins be? right now they seem high, but with I assume the driverless EV fleets being owned by large companies there just wont be the work. Then we can look at automated grocery deliveries. Leaves me wondering just what the alternatives are going to be as ppl someone how have to have an income in order to live. Of course this assumes a grow for ever model is sustainable on a finite planet which is an oxymoron really.

I have a friend in Ca who has a son working for Freightliner trucks. He is an engineer in the driverless truck division but just got shifted to the automatic gas filling department. He said they have just halved the time frame for driverless trucks, the technology is astounding and the speed of change, they hardly finish a project when new software makes it obsolete.

However the video I linked to tells a slightly different story, it's one of apps overtaking so many existing industries.in 1990 Kodak employed over 150k people just in the USA ten years later it was zero, there was Blackberry,Nokia, Palm, also numerous other companies that are now on the ropes like IBM, soon accountants will be just advisors and many others will follow. There used to be calculators and music tuners, handheld Gps devices, cameras and stereos all under huge pressure from an app driven phone.
I think retail banking is going to be under assault once blockchain technology becomes accepted and understood. Real estate will go to an app. The automation will affect the high paying jobs first as thats where the money is easy to make, accountants are overcharging, everyone I talk to agrees, with online apps like MYOB and Xero why should we be forking out 6k for a small business?

driverless cars are essentially trains.
People wont hop onto a train if they can drive.
The "jobs in their 1000's gone" thinking doesn't actually work - thats deflation ... the opposite of credit growth. If you take too much demand out of the economy it collapses ... the robots don't need lattes or their lawns mown.

And people forget energy precedes technology - not the otherway round ... tech without energy (which requires debt / credit growth.. & demand to resource in the first place) is effectively useless.

"There is no means of avoiding a final collapse of a boom brought about by credit expansion. The alternative is only whether the crisis should come sooner as a result of a voluntary abandonment of further credit expansion or later as a final and total catastrophe of the currency system involved."
- Ludwig von Mises

I dont myself. With no more money to spend, the only way a sector can have inflation is if another sector has deflation, overall then the result will be zero, or worse. Kind of interesting, it leaves me wondering on the stresses building which I cant see being contained for ever and when it pops just how big and bad will the mess be?