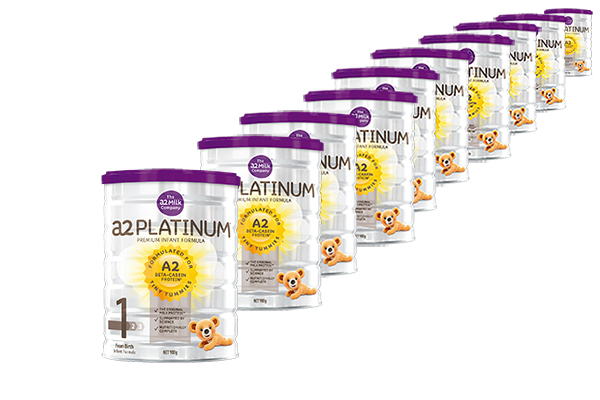 Synlait’s announcement of the purchase of apparently distressed assets from the New Zealand Dairy Company puts another peg in the board strengthening Synlait’s pathway towards an integrated dairy value-chain. The purchase has relevance both to Synlait and its strategic partner The a2 Milk Company (ATM in New Zealand; A2M in Australia). The unstated key driver is exponential growth of demand for ‘a2 Platinum’ infant formula.

The purchase cost of the incomplete assets, which are adjacent to Auckand Airport,  is $33.2 million with additional expected costs of $23.3 million to make the plant operational by October 2017.

There should be no surprise that Synlait has purchased blending and canning assets to complement its existing similar assets at Dunsandel in Canterbury. It was clearly foreshadowed by Synlait management in April that they were looking to purchase rather than build new processing facilities.  If there is a surprise, it is that Synlait has found partly-constructed appropriate assets here in New Zealand. The other alternative which I saw as likely – and which could still be on the table – was to purchase similarly distressed assets in Australia.

The history of the New Zealand Dairy Company and its predecessor companies is somewhat murky. However, it is apparent that it was put into liquidation in 2015, but then managed, through restructuring, to proceed with construction of facilities. However, with changing regulations in China, and the declining fortunes of the myriad of small-scale infant-formula brands, it needed to be integrated with one of the big players.

It is less than three years ago that Synlait built its first blending and canning facilities. As from May of this year, these facilities have been operating 24/7 with four shifts.

Synlait’s key partner is ATM which is facing exponential growth in demand for its ‘a2 Platinum’ infant formula. Latest statistics show it has 32 percent market share in Australia, with much of this then being couriered to China through daigou channels. The daigou are local Chinese in Australia who market the product through their own Chinese online networks.

Synlait currently has about 65 farmer-suppliers with pure A2 herds and this should be sufficient to meet demand for 2017/18. However, looking beyond there, it could be the supply of A2 milk that limits further expansion, with China the key focus. Synlait currently pays its farmers only 20 cents premium per kg of milksolids (fat plus protein) for milk from herds that are 100 percent A2. To speed up herd conversion, farmers may need greater premiums. This is because fast conversion brings additional costs relating to breeding more young stock.

Working out precisely how much A2 milk Synlait will need is dependent on knowing the ratios of first, second and third stage infant formula, with the level of casein (and hence the A2 beta-casein component) increasing through the stages. In China, where infants are fed formula through to three-years of age, it is the third stage for one to three-year-olds that is the biggest-volume trade. By my calculations, the supply of milk is likely to become constraining in 2018/19.

The new assets purchased from the New Zealand Dairy Company are expected to be operational from October 2017. Although not specifically stated, the base powder will be shipped from Canterbury.

The initial response on the share market has been positive with both Synlait and ATM showing modest increases in early trading. It may take some days for the market to fully determine the significance or otherwise of this purchase.

Looking further ahead, there are more strategic decisions to be made by both Synlait and ATM. Synlait will need to give ongoing consideration in relation to a fourth dryer and whether this should be in Canterbury or elsewhere. Risk considerations say elsewhere, but efficiency considerations say Canterbury.  I see possibilities of ATM either purchasing its own blending and canning facilities in Australia (using NZ-produced base powder from Synlait) or ATM investing further in Synlait, with an additional share placement to speed-up Synlait’s development. Currently, ATM holds 8.2 percent of Synlait’s shares.

ATM also has global considerations as to where to locate additional infant formula production. The opportunities for fast build-up of supply lie in the US, where large-scale producers with ownership of up to 60,000 cows can re-organise herds quickly. These farmers can also convert their herds more quickly than in New Zealand by mating their first-calving heifers with sex-selected A2 semen and even embryo transplants. Both of these technologies greatly speed up the conversion process and are easier to implement within American dairying systems than in New Zealand.

Disclosure of interest: Keith Woodford consults with a number of dairy companies in New Zealand and internationally that have interests in the issues of A1 and A2 beta-casein. He has no share-related interests in any such company.

More foreign control of one of primary industries.

What are your thoughts on Synthetic Milk? Surely NZ Dairy needs to move faster towards a more sustainable practice if they wish to stay relevant?

bgballz,
I don't lose much sleep over synthetic milk. But I think the broader dairy industry does have cause to lose sleep re issues relating to A1 beta casein, and the historical failure of that broader industry to convert to A2. I expect that issue to bite hard in the future. It is this issue which will lead consumers towards some of the plant -based milks such as oat milk.
Keith W