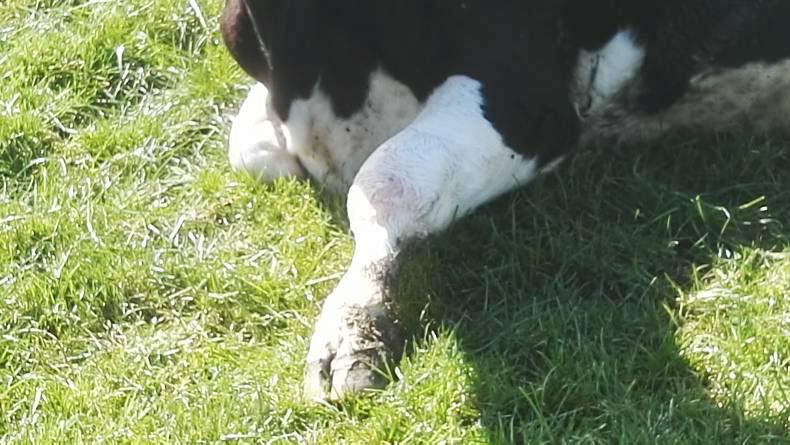 The recent outbreak of Mycoplasma bovis in South Canterbury has come as a shock to all dairy farmers.  It is a disease that most New Zealand farmers had never heard of.

Regardless of whether or not the current outbreak can be contained, and the disease then eradicated, the ongoing risks from Mycoplasma bovis are going to have a big effect on the New Zealand dairy industry.

Until now, the absence of Mycoplasma bovis has been part of our New Zealand competitive advantage. Every other major dairy country has it. As a consequence, farmers in these other countries apply different hygiene procedures, particularly for calf-rearing, compared to what we have been able to ‘get away with’ in New Zealand.

The official flow of information following the outbreak has been both limited and contradictory.  No doubt MPI officials have worked to the limit of their ability. But as so often seems to be the case in New Zealand with risk management issues, there were insufficiently detailed ‘in-place’ systems to deal with the outbreak.

Once the disease was identified, and even before this when it was first suspected, it should have been feasible for the key biosecurity officials to punch “Mycoplasma bovis containment” into their computers and up would come precise instructions to be followed.  There should have been detailed information as to potential pathways for entry into New Zealand, methods of transmission, clinical symptoms, testing procedures, and an information pack for farmers.

In the early days of the outbreak, Prime Minister Bill English stated that imported semen was a possible source of the infection. English would have been highly unlikely to make such a statement without advice from MPI. But then a few days later, MPI described infection via semen as a ‘red herring’.

Even now, more than two weeks after the initial outbreak, officials are struggling to get testing and containment systems in place.  There has also been a lack of informed material explaining the situation to farmers.

I would never regard myself as an expert on Mycoplasma bovis. However, I have seen the containment systems that farmers use overseas.  Also, I have attempted to upskill through widespread reading. And I have had discussions with Aad van Leeuwen who is the farmer on whose farms the New Zealand outbreak has occurred.  So what I write here is a contribution to what will be an evolving story. I hope others with relevant information will step forth to add to the story.

Mycoplasma bovis is just one of many Mycoplasma organisms. These bacteria-like organisms do not have cell walls and hence are not susceptible to standard antibiotics.  There is no reliable treatment for Mycoplasma bovis, although ensuring the animal is in a non-stressed environment may help.

Mycoplasma bovis transfers readily from animal to animal, and it seems that saliva is the main method. Transfer can also occur from cow to calf via milk. It can be transferred through milking equipment or drenching guns, and it is theoretically possible to be transferred through semen.   It can also transfer via human clothing and boots, but it seems the organism only survives in the open air for about eight hours.

Mycoplasma is unlikely to infect a farm from wind-borne microbes. This is in contrast to foot and mouth which can infect farms that way.

The other important characteristic of Mycoplasma bovis is that it does not affect humans. However, its presence would damage New Zealand’s dairy image.

Any suggestion that Mycoplasma bovis is more of a problem within intensive systems is highly questionable. Cows on extensive farms still have lots of close interactions with their herd mates, both in the paddock and in the milking shed.  It is definitely an issue overseas on grazing farms.

There is evidence that the disease can present with different symptoms in different environments. In New Zealand, it has presented as swollen joints, lameness, and an incurable form of mastitis. This probably reflects that New Zealand cows have developed no natural immunity.  Under New Zealand conditions, it does seem to be highly contagious within a herd, and this is a real worry.

Overseas, the disease usually presents as a form of pneumonia in calves, with this often being fatal.  Most of the preventive measures relate to avoiding contamination from ‘disease shedder cows’ in their milk, with these cows showing no symptoms themselves.

In many overseas countries, the common New Zealand practice of feeding so-called waste milk to calves would be considered unwise. Calves in overseas countries are sometimes separated at birth before they have had a drink.  Calf-milk is pasteurised, and colostrum can also be pasteurised.  Calves are also housed individually to reduce calf to calf transmission.

If the disease does become established in New Zealand, then farmers are going to have to think carefully before bringing animals onto the farm from elsewhere. That may also include rethinking the New Zealand practice of young stock being sent to graziers where they mix with animals from other farms.  Even on the home farm, over the fence interactions with neighbouring herds become an issue.

Risk management strategies will fit into two categories. One category will relate to keeping the disease off the farm. The second will be how to contain the disease once it is present.

At the time of writing, the disease has only been confirmed within two of the van Leeuwen farms. On these particular farms, the cows graze pastures but there is also access to barns for part of the year. However, I am advised that some of the infected animals had never been near a barn. Despite media comments about the van Leeuwen robot milking farms, the disease has not been identified there.

There is a definite possibility that the disease is already well established in New Zealand, and that the van Leeuwen farms are not the original New Zealand source of the disease. The ‘bush telegraph’ says there have been suspicious disease outbreaks in both North and South Islands, and some of the specifics of these supposed outbreaks are quite detailed. However, nothing is confirmed at this stage.

In overseas countries, Mycoplasma bovis is not a notifiable disease.  It is simply part and parcel of dairy farming. One common risk management strategy is to require all visitors to wear disposable plastic overboots.

It is notable that MPI have been highly positive about the co-operation they have received from the van Leeuwens. Mycoplasma bovis has not been a high-profile issue and so it may well have been possible for it to be occurring elsewhere without being identified and broght to the attention of the authorities.

Testing for Mycoplasma bovis is not easy, and animals may carry the organism in the upper respiratory tract without clinical symptoms and without testing positive. However, the Mycoplasma bovis organism can still be passed to other animals.

Given the huge uncertainty that currently exists, farmers may want to take a conservative approach over coming months in transferring animals between farms, or bringing new animals onto their farms, including replacement calves, heifers, cows or bulls. Should an outbreak occur, then the impact on individual affected farmers could be destructive.

Time to increase the bio-control budget?

Time to build a wall!

LOL - if you build a wall I will invest in ladder company shares. Job done.

If the disease doesn't show up on a lot of other farms, then they are going to need to completely cull these 2 herds along with replacement calves to be sure of eradication, you simply can't keep cows that are potential carriers of the disease. I hope this is the case and it has not spread

Exactly, make your own arrangements!