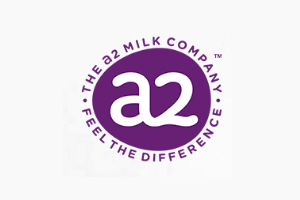 The a2 Milk Company (ATM) took a big step forward with its 2016/17 results which were released on 23 August. Sales were up 56 percent from the previous year to $549 million, and post-tax profits tripled to $NZ90 million. The market was impressed.

Everyone knew that a strong result was in the offing, and so the shares had already risen 50 percent over the preceding three months, and almost trebled in value on a 12-month basis. The share price then rose another 15 percent over the following three days to close at $5.74 at week’s end.

The most important messages within the annual report were not about the present but the future. The picture drawn by CEO Geoff Babidge was of a fast-growing company with no debt and lots of free cash in the bank to fund ongoing developments.

At week’s end (25 August), ATM had a capitalised value of just over NZ4 billion. This placed it well within the top 10 New Zealand companies by value. The market was valuing the shares at a price to earnings ratio (P/E) approaching 44, reflecting ongoing growth prospects.

This performance is remarkable for a company that draws most of its income from less than one percent of New Zealand’s cows, with those cows living on the irrigated plains of Canterbury. The key product is infant formula, with the big markets being China and Australia. The remainder of the milk supply, used mainly for fresh milk, is produced predominantly in Australia for Australian consumers.  American and UK markets are also being developed.

In this article, I will look behind the numbers as to what is driving performance and why the market assessment of this company has been changing so dramatically over recent times. I will also look at possible paths to the future.

ATM is a company I have been following closely since 2003. I remember the days when the shares were worth less than 10 cents, and there was conjecture as to whether the company could even survive. In 2004, my family purchased a minor shareholding in the company via the Stock Exchange, but those shares were sold in 2007.

In 2007, I was writing a controversial book, called ‘Devil in the Milk’, about the health and politics of A1 versus A2 milk. I considered it important to be able to minimise perceived conflicts of interest. So, the shares were sold. It would have been nice to have retained those shares, but it was a decision we had to make. It was a decision that we still talk about, somewhat ruefully.

When stripped to the bare bones, the key issue for A2 milk is whether or not the health propositions surrounding A1 versus A2 milk have validity. Is it something of real importance, or is it no more than a clever marketing gimmick?

My own starting position back in 2003 was to assume that it was just flashy but irresponsible marketing. After all, that was what Fonterra, our major milk company, was saying. However, I decided I had better have a closer look when Dr Jock Allison, former Director of Invermay Animal Research Centre, became a director of ATM, with responsibilities to oversee the research underpinning the A2 proposition.

I asked Dr Allison as to why he had become associated with s supposedly ‘shonky’ company, knowing the response I would get. Very quickly some research papers landed on my desk. And from there, I soon concluded that the proposition had legs.

Since then, it has been a long journey. I have tried to go wherever the evidence takes me. I have never regretted that journey, but it has at times been rough. Given the threat that the beta-casein issue poses for the mainstream dairy industry, there were always going to be plenty of pot-holes and barriers put in place. Many of them are still there.

However, over the last two years the pendulum has started to swing. More and more consumers are hearing the messages. And the mainstream media has shifted from being dominantly hostile to being open to the possibility that the beta-casein issues really are important. Research is also being funded by the New Zealand Government.

The key science relates to a tiny protein fragment released from A1 beta-casein. It is now settled science that this fragment has opioid characteristics.There is also convincing evidence that this opioid fragment delays passage of food through the intestines, and that it has inflammatory characteristics.  Emerging evidence relates to cognitive development in children. There is also evidence, which is still controversial, relating to Type 1 diabetes (the form of the disease requiring insulin injections) and also inflammatory heart conditions relating to arterial plaque.

The latest ATM annual report outlines new research, completed but still working its way through the publication processes, relating particularly to intolerances but also to cognitive development in children. This evidence, once published, has the potential to further shift the pendulum of consumer opinions. In the meantime, we all have to wait.

The A2 product pipeline flows from specially bred cows which have not been affected by a historical A1 mutation that affects most cows of European origin, particularly those from Northern Europe. It is only cattle of European origin that produce A1 beta-casein. Asian and African cattle produce only the A2 beta-casein. Also, sheep, goats, buffalo and even humans produce milk that is only of the A2 type.

In this most recent year, ATM has had access in New Zealand to more milk than it needed. But in the market, there has been a big shortage with unfulfilled demand. The choke point has been the infant formula processing capacity at processor Synlait, combined with regulatory concerns in China that have led to caution in relation to inventory within the supply chain.

For the current 2017/18 year, Synlait has greatly increased processing capability for consumer-ready infant formula. Also, regulatory concerns relating to trade with China are now much less of an issue compared to the last 18 months. So, the prospects are that ATM could double its sales (my estimate), with market demand and logistics management being the key determining issues. Of course, there are no guarantees when it comes to marketing food products, with all the attendant supply-chain management issues

Moving forward to the following 2018/19 year, then the choke point on growth may well be the supply of A2 milk. It has been easy for Synlait’s large-scale farmers with multiple herds to segregate out their A2 cows into specialist herds, but the next stage, dependant on breeding, will take longer.

For more than ten years, I have been advocating to New Zealand farmers in general – not just those supplying milk to ATM via Synlait – that they should be getting on with the job of converting their herds to A2. The cost of doing so is minor, and the risks associated with doing nothing are considerable. I am on record many times as saying that failure to act is the biggest long-term threat to the New Zealand dairy industry.

This year, for the first time, I am seeing many farmers who are starting the A2 journey. It is becoming mainstream to use A2 semen. Unfortunately, it will be a long journey. Whereas farmers with multiple herds can quickly re-organise herds to have some of their herds pure A2, the smaller farmers cannot do this. For most, it will take at least 10 years to get to pure A2.

I find it ironic that it is mainly the bigger farmers, with good access to information, who are on the A2 journey. The smaller farmers remain blinded by Fonterra’s messaging that it is not an issue of importance.

One country that can make quick progress towards A2 milk is the USA. In that country, overall production is now dominated by large scale producers. These bigger farmers in the American barn-farming environment are also able to use breeding strategies, including sex-selected semen, that do not work so well in the New Zealand environment.  Accordingly, it will be in the USA that ATM has potential to access the large volumes of milk that they will require, particularly for infant formula, if they are to achieve a global presence.

I am reminded of Winston Churchill's statement to the House of Commons in 1942 after the battle of El Alamein. He said “Now this is not the end. It is not even the beginning of the end. But it is, perhaps, the end of the beginning”. I feel that way about the A2 journey. It is a journey which will eventually reach out from one company to many companies and to an industry. In the meantime, it is ATM that has powerful first-mover status.

Can anyone provide details on the price farmers recieve for supplying A2 milk to Synlait? It seems that there is value in the product based on ATM company stock market performance, but does any of it flow back to producers?

Omnologo, Synlait farmers currently get a 20 c per kg MS premium for A2 milk. ATM paid the testing charges associated with forming the A2 herds, and also an inconvenince fee.
You are correct in implying that most of the profit goes to ATM, but with good returns also to Synlait. The allocation is a reflection of the 'negotiating power' of the various entities within the supply chain. It illustrates why many people would argue for co-operatives wihtin the dairy indsutry. But the co-ops then have to make the right decisions. And in regard to A2 milk, the co-ops did not make the right decisions.
Keith W