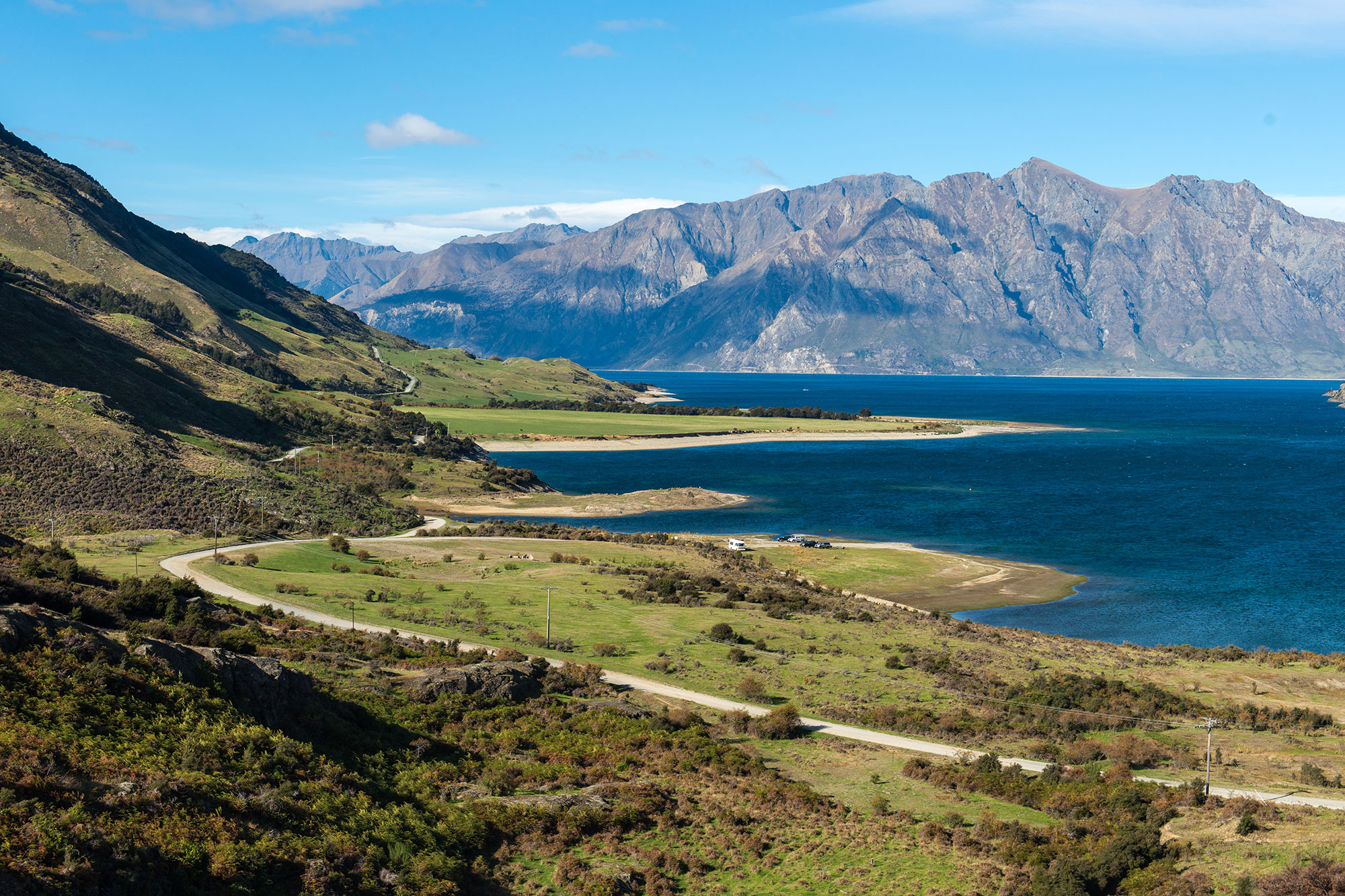 Some 20 percent of the South Island is what is commonly called the ‘High Country’. These are the pastoral lands that lie to the east of the alpine spine that runs the length of the island. They are also the lands that the Government, following the 1948 Land Act, ‘alienated’ (to use the legal term for privatisation) via perpetual leases for pastoral purposes. More recently, the Government has been buying back the leasehold rights to the higher country on some of these properties, and converting the leasehold tenure to freehold tenure on the more productive country.

High-country tenure reforms are important for all New Zealanders. This is because of the scale of this land and its importance, not only for pastoralism, but also for landscape values, tourism, recreation, conservation and also as a water resource. In a democracy, we all need to have an understanding of what our Governments - past, present and future - are doing on our behalf.

In a recent article, I have laid out how it is not possible to understand this process without also understanding the extent of leaseholder rights. These rights give the lessee (i.e. the pastoralist who runs the property) the right to exclude the public from entering the land and to on-sell those rights to others in perpetuity.  These rights were confirmed by Justice Simon France in the High Court in 2009.

It is these comprehensive leasehold rights, held in perpetuity since 1948, that have contributed greatly to the specific outcomes of tenure reform, including the price the Government has had to pay to regain high-country access rights on behalf of all of us.

In this article, I look at some of the specifics for particular properties. My starting point is to draw examples from the five iconic properties where the Crown decided to buy back the leases for the whole property and not to sell freehold title to any of it. My initial purpose is to demonstrate the value associated with leasehold tenure held in perpetuity, without that figure getting muddled up with the freeholding process.

Perhaps the most iconic example is St James Station in North Canterbury covering 78,196 hectares. Prior to tenure reform, it was the largest of the pastoral leases.

The Government purchased St James from the Stevenson family in 2008, at a time when Helen Clark was Prime Minister and David Parker was Minister of Lands.   The price was $40 million, financed through the Nature Heritage Fund. Apart from minor freehold areas within the station, this was all pastoral lease.

The Stevensons did not have to sell St James; they could have retained their leasehold ownership, or they could have sold to someone else. However, they were willing sellers. The Government perspective was that if they did not purchase the lease, then someone else would do so, for a similar or greater price, and the opportunity would be lost.

To many of us it seemed an enormous price to pay for a high-country station of doubtful pastoral value. But the pastoral potential was not the key determinant of the price. The Government was paying for access to the land, over which the leasehold owners had absolute control.

Birchwood Station in the Upper Ahuriri was purchased by the Government for $10 million in 2004. Once again it was the leasehold rights that the Government was buying back.

The Upper Ahuriri is one of the hidden gems of the New Zealand back country.  Most New Zealanders miss the turnoff as they head from Omarama up and over the Lindis Pass, and do not realise that there is a huge hidden valley, with spectacular and glaciated mountain landscapes running back towards the Main Divide. It is a wonderful mountain playground.

Birchwood station itself was always a very difficult property on which to run sheep. But the runholder and the Government both knew that the leasehold would sell very well to foreigners as an exclusive escape to tranquillity. In colloquial terms, it had great attraction as a ‘bolthole’. So, the Government stepped in.

Back in 2004, the leasehold to the 24,000 hectare Motatapu and Mt Soho Stations was sold to Shania Twain and Robert ‘Mutt’ Lange for $21 million. This is another example of the market value of the leasehold tenure.  Since then, Mutt Lange has also purchased the leasehold to Coronet and Glencoe Stations, with extensive areas opened by choice to the public.

In contrast, American Matt Lauer has been denying public access to the magnificent Hawea Conservation Park, through his recently-purchased leasehold Hunter Station. From a New Zealand perspective, this is the one that got away.

The key point about leasehold sales and leasehold rights is that they led inevitably to the apparently high valuations that the Government had to pay under tenure review. Ryton Station in the Upper Rakaia is another example where in 2007 the leasehold property sold for over $20 million.

During the early stages of tenure reform, the Government of the time was not happy at the leasehold valuations they were receiving, and as early as 2002 Pete Hodgson in his role of Minister of Lands gave consideration to include charging for the beautiful landscapes in the pastoral rentals. This would reduce the profitability of these properties and hence supposedly reduce the value of the leaseholder rights.

Subsequently, David Parker as Minister of Lands attempted to carry this through into Government policy, and in 2007 the Commissioner of Lands was instructed to set rentals accordingly.  About the same time, the Government excluded properties within 5km of major lakes from being part of the ongoing tenure reform process.

This new government policy over rentals was then challenged by the pastoralist High Country Accord, with all parties agreeing that Minaret Station, on the western shores of Lake Wanaka, would be the test case.

In August 2009, the Land Valuation Tribunal ruled against the Government. The ruling was that the Government could only charge rental based on pastoral value. It was a clear example of the separation of powers that we have in New Zealand between the Government and the Courts.

While all of this was going on, Fish and Game had sought a declaration from the High Court that the pastoral leases were leases in name but not fact. Rather, they were only licences to occupy for specific purposes, and that other purposes, such as recreation by the public, were not excluded. The case was heard by Justice Simon France in March 2009. In presenting his findings, Justice France provided an explanation of the realities of the law as he saw it, with precedents clearly analysed, thereby refuting their arguments.

Fish and Game did not take this High Court finding to appeal. In all likelihood, their legal advisers told them that there was no realistic chance of overturning Justice France’s carefully argued decision.

In 2009, with the National Government back in power, lakeside properties came back into the tenure reform process. Whether or not this was a good decision can be debated, and it will continue to be debated.

One important outcome of re-including lake-adjacent properties within tenure reform, was that, amongst other things, it allowed the Mt Creighton review to start up again. In 2016, after 12 years of negotiation, it was agreed that more than 10,000 additional hectares of this high-country station adjoining Lake Wakatipu would be brought into the conservation estate. This now opens up the prospect of an entrancing three-day ‘Great Walk’ up the Moonlight to alpine Lake Luna and then across the tops and down to Lake Wakatipu via Twenty Five Mile Creek.

Now that we have a Labour Government back in power since late 2017, it will indeed be interesting to see the next political steps that are taken. My own assessment, is that tenure reform will continue in one form or another, albeit with some changes.

In the past, a key issue has been whether or not tenure reform was leading to inappropriate subdivision. In future, this should be less of an issue.  This is because subdivision issues are now dealt with more effectively under the RMA (Resource Management Act) and the associated district and regional plans.

The RMA framework affects freehold land as well as leasehold, and provides big hurdles for any developer to jump over. Although the RMA has been operative since 1991, the RMA hurdles are now much stronger than was the case 20 years ago when tenure reform started.

One thing for sure is that debates about the High Country will not go to go away. Underlying that debate will be the fact that societal values have been changing. In essence, society now places much greater weight on landscapes, recreation, land conservation and water resources than was the case when land-use rights were privatised by the 1948 Land Act. 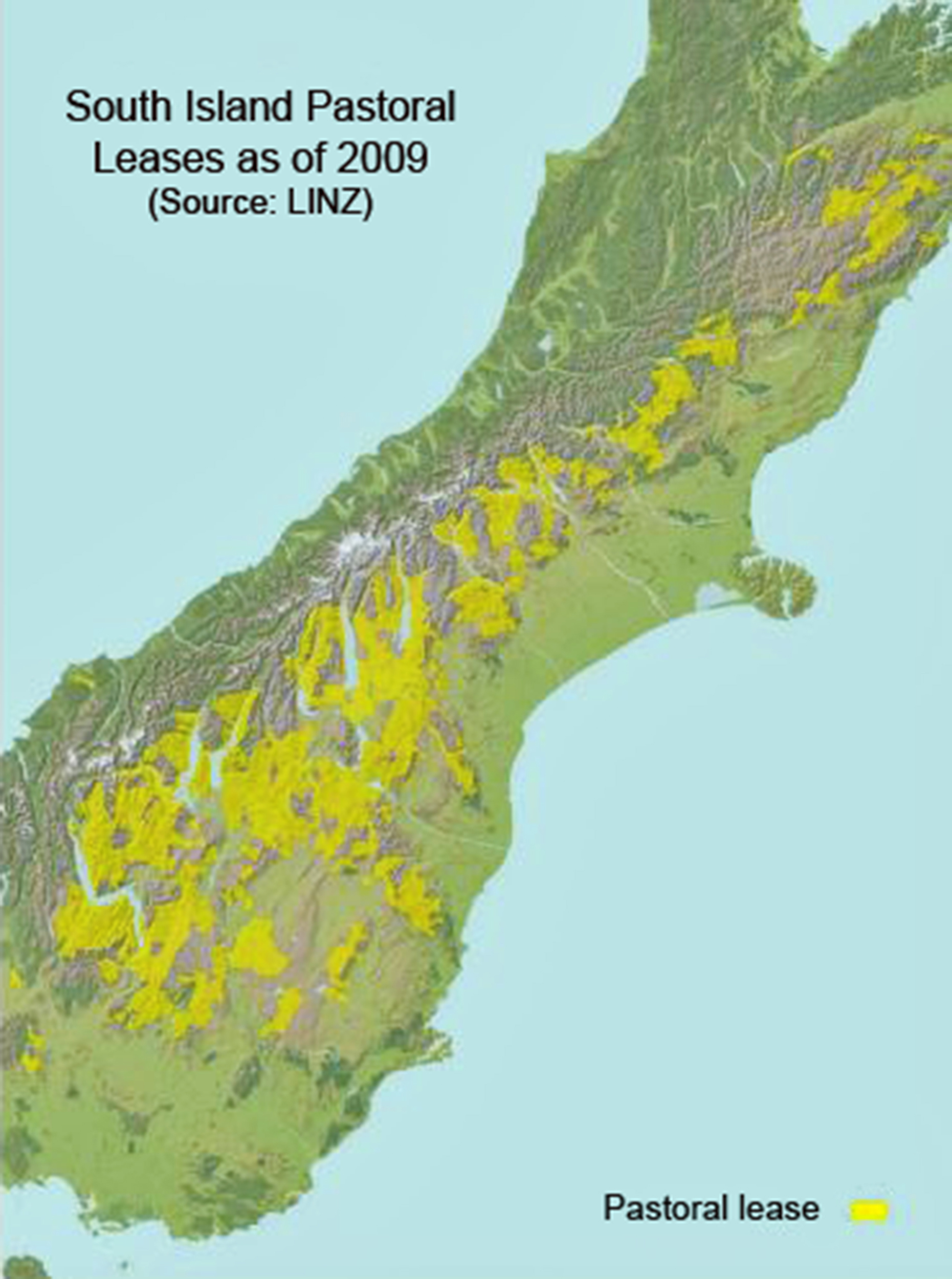 I did some research on the nature of trespass about ten years back and found that New Zealand has really lost its way with the original intent of such a law. In a lot of Europe it is perfectly okay to cross private land, but there is a unwritten behaviour codes for this activity in that you don't approach the dwelling house.

We already have another offense to cover behaviour that is short of a criminal offense, but still suspicious. That is "Unlawfully on Property".

Keep in mind to be commit the offense of Trespass you have to be asked to leave by the lawful owner occupier. In this circumstance it might be fair to ask that owner/occupier for proof of that status.

I would love to see Trespass rigorously challenged in the courts to better define what it means.

Actually, it seems that British law is very similar to ours. Their "public right of way" seems the same as our paper/unformed roads.

The website mentioned below covers the definition of tresspass in Q26 quite clearly.

It's not that farmers object to having trampers/walkers going through their place, but issues such as H&S are an area where most farmers are unclear of their responsibilities.

Mind you, if some one shot such dogs, some unpleasant repercussions may occur, such as having tyres on pivots slashed.