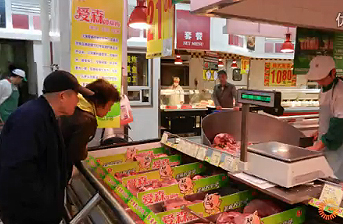 The Chinese have always been known for their propensity to take a much longer view of life’s challenges than their western counterparts. They tend to view things over centuries or decades which is totally different from our preoccupation with annual or, in the case of the Americans, three monthly performance.

This characteristic explains why China’s leaders have taken a deliberately low key response to Donald Trump’s introduction of tariffs on steel and aluminium as the first step in trying to reverse a trade imbalance and deter China from stealing intellectual property. It may also explain why Shanghai Maling invested $260 million for 50% of Silver Fern Farms.

The published results for SFF’s first full year in joint ownership showed solid performance, especially when compared to the previous year’s disaster which produced an EBIT of $7.5 million and an after tax loss of $30.6 million. But a NPAT of $15.4 million after abnormal costs associated with plant closure wasn’t exactly an overwhelmingly impressive result when much lower finance costs are taken into account. Alliance’s comparable profit of $14.4 million for the September year was achieved on 77% of the sales, although it included a gain of $7.9 million on asset disposals.

SFF’s board has announced a $12 million dividend to be paid in equal parts to its shareholders which implies a 2.3% return on Maling’s investment, not exactly the sort of return an investor would expect or require over the longer term. The accounts showed $21 million of capital investment in health and safety, compliance, asset replacement and operational improvement which unsurprisingly was the highest level for four years. Operational efficiency improvement, as well as consistently good market returns, will be an essential aspect of SFF’s business, if it is to achieve the sort of improvement in financial performance both sets of shareholders will expect. The inevitable alternative will be a gradual erosion of shareholders’ funds, particularly if these dividend and capital expenditure levels are maintained without increased profits.

ANZCO’s Japanese owners have also taken the long view of their investment in the meat industry, finally moving to 100% ownership within the last year. While not necessarily hugely profitable, ANZCO has consistently made money every year except for 2012, but the reasons for owning a New Zealand meat processor are clearly about things other than excellent financial returns which could presumably be made more easily elsewhere.

New Zealanders have a love hate relationship with overseas investment – love on the part of those who see the advantage of gaining capital from an investor with deeper pockets than locals, hate from those who don’t want to sell our birthright to a foreign entity or investor under any circumstances. Maling’s purchase of 50% of an unprofitable meat cooperative was unfavourably viewed by a small but vocal group of shareholders, some politicians and at least one business commentator, while clearly loved by SFF’s banking syndicate and board, and accepted as preferable to the alternatives by a large percentage of supplier shareholders.

So far, the main beneficiaries of the Maling investment, apart from the bankers, are the shareholders in Silver Fern Farms Cooperative who have received a special dividend of $57 million and a final dividend of $3.2 million plus a patronage reward pool of $0.9 million for qualifying supplier shareholders. Last year this category of shareholders supplied just 61% of SFF’s total supply which the company is seeking to increase by building loyalty and encouraging non-shareholders to buy shares in the cooperative.

It’s difficult to see any negative elements of the new ownership structure, although no doubt at least some of those who were against the sale will see the investment as the Trojan Horse designed to acquire control of a national asset by stealth. For the opponents of the deal, the reply remains the same as it was at the time – if New Zealand investors aren’t willing to put up the money, let it go to an investor prepared to take on the risk, so it has a realistic chance of survival and success.

The reality of the meat industry is no investor, overseas or domestic, can buy guaranteed livestock supply, but only tangible assets and whatever goodwill attaches to the business. It is up to the business to earn supply through competitive performance so it can pay a market rate for it.

Although Maling must have planned for a certain return on its investment, nothing in recent years suggests SFF is capable of producing an annual after tax profit greater than $50 million, even if lower interest and operating costs are taken into account. Assuming a dividend payout policy of 50% of profit, Maling’s maximum share would be $12.5 million or 4.8% ROI which is not high by any standards and history suggests this would be difficult to achieve consistently.

If not financial return, we must look elsewhere for the main purpose of the investment. In 2015 when the partnership between SFF and Maling was put to shareholders, it was clear it would open up access to Maling’s 19 wholesale facilities, 750 retail stores and 56 specialist meat stores, although it would not be an exclusive arrangement. But for Maling it would provide a partnership with the potential to supply its outlets with high quality red meat products.

Maling is obviously prepared to be patient with its investment, because it’s about more than short term financial returns.

This article first appeared in Farmers Weekly. It is here with permission.

There is in this quite some irony. In the early, pioneering days if you like, NZ supplied frozen meat and offal to the middle/lower working class of the UK. Processors were called freezing companies which aptly described their basic function and the extent of it because there was no such thing as marketing. Many of the plants were owned by UK meat companies such as, Weddells, Swifts,Dalgety, Borthwicks,CWS. It was a high volume low cost pipeline supplying an ordinary but reasonably safe form of the protein that was needed. Eventually with the dawn of the UK EEC membership and differing younger generation consumption trends emerging the economies of scale started to go backwards, eventuating in wide ranging plant closures and ending up, with virtually 100% NZ ownership of the survivors. So now we have ANZCO under ownership from the market it mostly services. SFF virtually ditto in terms of actual control. So who exactly sang history never repeats.

The Chinese Communist Govt (because this is who Shanghai Maling are) have not "invested" in SFF for the sake of the shareholders, they have done so to secure supply and control for themselves, they are not there just for a return on their capital. They will be seeking further control and would have been seeking further farm ownership. Vertical integration is the aim so as to reduce or even eliminate the need for third parties (by third party, read "us"). Yes, they will be patient, but we need to be realistic about the end game here.