Allan Barber updates and reviews a key idea to improve on-farm productivity, one that may involve a quarter of all sheep & beef farms, and one that has a great chance of success

Allan Barber updates and reviews a key idea to improve on-farm productivity, one that may involve a quarter of all sheep & beef farms, and one that has a great chance of success 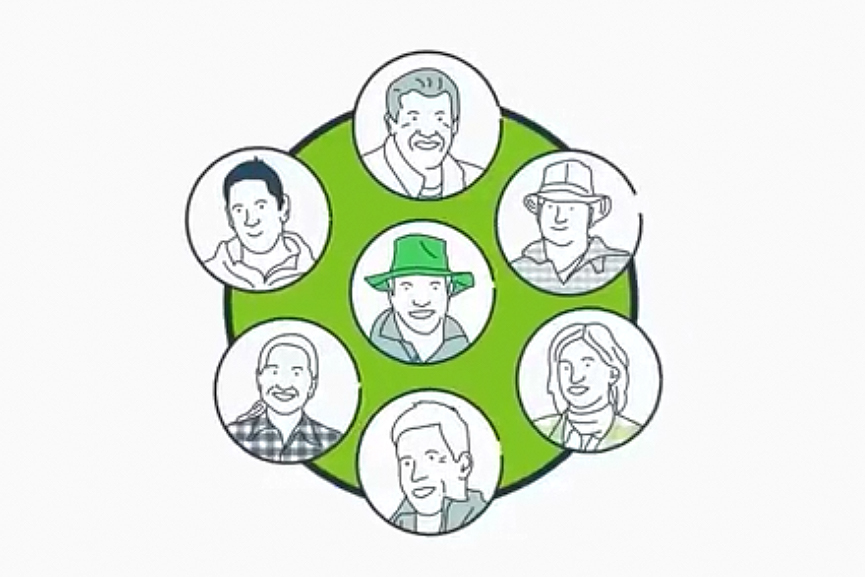 RMPP’s objective is to “drive sustainable productivity improvements in the sheep and beef sector to deliver higher on-farm profitability.”

RMPP has a seven year lifespan and is due to wind up in late 2020, but the expectation is for a number of the projects to gain a momentum of their own which will become part of business as usual. The hope is that Action Groups will continue long into the future because, as RMPP chairman Malcolm Bailey says, “farmers will see the benefit of putting a dollar in to get $10 back.”

There are currently 120 Action Groups, but the goal is to build the number up to 350 which he expects will involve a quarter of the commercially operating sheep and beef farms in the country.

As well as the action network, RMPP has a range of other projects, all with the objective of increasing farmers’ productivity through training and capability building, a comprehensive set of key performance indicators and measurement systems, data systems like electronic ASDs and online support tools, and an industry-wide farm assurance programme. A companion programme, Understanding Your Farm Business, which is run in conjunction with the Agriwomen’s Development Trust, aims at increasing the involvement of women in farming.

Setting up an Action Group takes a while from the expression of interest and finding a facilitator to reaching agreement on action plans and objectives which will differ between groups and geographical locations. Each group consists of between seven and nine farm businesses which receive $4000 per farm to fund their activities, including costs of facilitation and guest speakers. In the second year, each farm business will contribute $800 to cover further costs and demonstrate commitment to the group’s activities. After that, it will be up to the farmers in the group to decide whether the investment of time and money justifies continuation of the programme. The purpose of each group is to develop an action plan to deliver improved profitability or other objectives – such as improving the quality of water in their catchment - identified as relevant to the area and member farm businesses.

The establishment of the RMPP Action Network came about as a result of research among farmers. While valued, field days, monitor farms and discussion groups didn’t necessarily address the challenges of an individual farm, nor lead to a specific action plan. It is not the intention of the RMPP Action Groups to replace discussion groups and field days, but to introduce a “get stuff done” farmer-led individual and group plan which will provide peer support and encouragement.

Factors critical to the success of the RMPP Action Network programme are firstly somebody to act as a connector or coordinator who could be a farmer, a rural banker or consultant and secondly the facilitator who may be anybody willing to undertake the training, including rural consultants, farmers and meat company extension staff. There is a very thorough training process for facilitators which recognises how important good facilitation is to a successful outcome.

Manawatu based consultant John Stantiall facilitates five groups located from the King Country to Dannevirke which he takes through a futuring process to identify areas farmers want to improve, additional skills needed, and then to engage subject matter experts who can communicate relevant information and help them develop those skills. Stantiall has many years’ facilitation experience and is convinced this approach is the correct one to build knowledge, confidence and resilience, but it also depends on the involvement of farmers with an open mind who are prepared to learn.

The key to the success of this process is its farmer-led approach. The role of the facilitator is not to tell the group what it should do, but to tease out those aspects that the group’s members agree are most important to their farm performance, productivity and profit. For example a North Otago action group was initiated after one property had participated in the RMPP pilot farm programme and wanted specifically to find out how to make sheep farming on irrigated land pay. A bit further north some of ANZCO’s extension staff have completed facilitation training and act as facilitators for several groups which do not need to be exclusively made up of ANZCO suppliers.

ANZCO livestock manager Grant Bunting says the company’s extension team provides a point of difference and the programme is very positive from ANZCO’s perspective with very encouraging participation. He notes each group is largely a product of its member participants and there can be a lot of variation between different groups, but the overall programme will contribute significantly to farmer knowledge and productivity.

RMPP has many different parts, but they are all targeted at meeting the stated objective. The action network lies at the core of the programme which will only succeed through the support and commitment of the farmers that belong to the action groups throughout the country. With just over a third of the target number as yet in operation and less than three years of RMPP to run, there is still much work to be done before the programme can be regarded as a complete success. Evidence to date suggests, provided enough farmers participate, the farmer-led action network can be a real game changer.