Keith Woodford discusses A1 and A2 milk in Russia, and some broader issues of Russian life

Keith Woodford discusses A1 and A2 milk in Russia, and some broader issues of Russian life 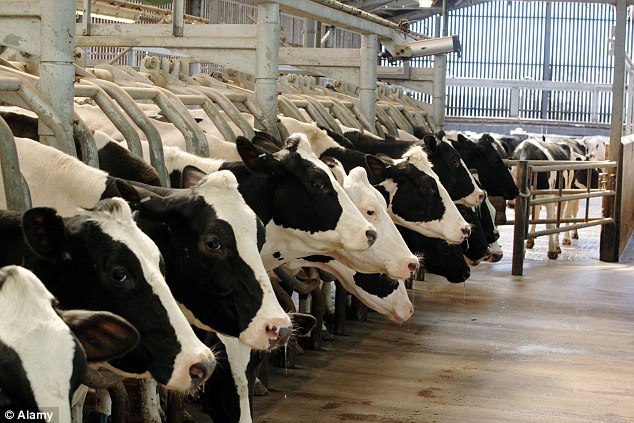 This last week I have been working in Russia on issues of A1 and A2 beta-casein.  I am still there, but today is Sunday and together with my wife Annette, I am on a fast train from Moscow to St Petersburg.

It’s late autumn over here, but to a Kiwi lad it seems like the middle of winter. Until today, the weather has been fine and clear but with temperatures below freezing. Today the snow has arrived, and it will now be on the ground for at least the next four months.  There is not much sign of global warming over here!

Travelling by fast train at 250 km per hour, I am fascinated by the lungs of Russia. By that I mean the hundreds of kilometres of trees, largely pines, with just the occasional village.  Somewhere there must be some farm lands, but they sure aren’t in sight from the train.

My journey to Russia has been a long one, both physical and metaphysical. The journey itself from Christchurch to Moscow, via Sydney and Dubai, is about 29 hours. But the broader journey has been going on for about four years. It all started when a group of New Zealanders asked me to assist with a dairy project transferring New Zealand dairy technology to Russia.

In the end, that project did not go ahead and for good reason. The key technologies around grassland farming would never have worked in Russia. However, our Russian colleagues did take note when I said that A2 milk was the way of the future.

So now, four years later, A2 Moloko is a Russian company selling a range of dairy products free of A1 beta-casein. It is still early days, but they are already in 200 Moscow stores and next year the plan is to be in 1000 stores.

Part of their development plan was to publish my 2007 book ‘Devil in the Milk’ in Russian. I wrote another 20,000 words bringing it up to date, and a few months back it was published through the Russian Academy of Medical Sciences. Following on from that, my wife and I are now being hosted in Russia to spread the word.

The last week is now a blur. There was a presentation to a conference of 250 paediatricians, a lecture to nutritionists at a research hospital, a 45-minute radio interview which was also streamed across Russia through the Council of Russian Mothers, a media breakfast at the Restaurant Zhivago on the edge of Red Square, a public lecture, TV interviews, and so on.

A highlight for me has been to meet with Russian scientists who have been working on understanding the health aspects of beta-casomorphin-7 (BCM7, the ‘milk devil’).

I first became aware of these Russians scientists in 2009, from a paper authored by Professor Natalya Kost and colleagues in the international journal Peptides. This work showed that a proportion of babies fed infant formula had elevated levels of BCM7 in their blood and that these same babies were at risk of delayed psychomotor development (the link between the brain and the muscles).

Professor Kost and her team of medical researchers knew that this was coming from dairy, but they were not specialists in dairy science. Hence, they knew nothing of the issue of A1 and A2. It was only when we showed them the dairy science, largely coming out of Italy, that they became aware that BCM7 was coming specifically from A1 beta-casein, and that there were dairy-related breeding solutions.

Another paper coming out of Russia in 2014 this time led by Professor Oleg Sokolov was also very informative in that it showed BCM7 was being excreted in the urine of young children, and in particular by those who had autistic tendencies. But the key point for me was that even apparently normal children were excreting the BCM7.

The reason this was so important was that the European Food Safety Authority had reported in 2009 that there was no evidence that BCM7 could get from the digestive system to the internal system. Well, there is no other way it can get into urine except via the internal system.

From my perspective, it was exciting to have these independent scientists, with no links to the dairy industry (unlike the team from the European Food Safety Authority) pushing back the boundaries of knowledge.

Another scientist I met was Dr Dubynin from Moscow State University. Much of his career has been focused on casomorphins and their neurological effects.

As my Russian colleagues say, casomorphins can be both good and bad. Casomorphins have survived through evolution for good reason, including in all mammals the bonding between mother and offspring, but BCM7 from A1 beta-casein is a recent arrival consequent to an accident of nature.

Coming back to the broader issue of agri-food in Russia, I can report that both Zespri kiwifruit and New Zealand goat milk formula are here in Russia. We have been eating New Zealand kiwifruit purchased at the local supermarket near our hotel.

Modern Russia is a big exporter of grains. They also produce and export vodka, sturgeon and caviar. My Russian hosts have been educating me in the finer points of all of these products.

Despite the short Russian growing season, there is a plentiful supply of fruit and vegetables that flows into Moscow from warmer climates. There are also plenty of people with sufficient wealth to buy imported products. This means there are interesting agri-food opportunities for New Zealand.

Moscow itself is an amazing city. My prior images of a drab and grey city were oh so wrong.

For those who like theatre and the arts, or walking the parks and boulevards adjacent to the Moscow River, or eating at ethnic restaurants, then Moscow is a good place to be. However, at this time of year, a big coat, a scarf, a hat and gloves are essential items of clothing.

Moscow is now a sophisticated mega city of some 14 million people, and the broader metropolis has about 25 million people. The internet is totally open and English language TV streams in from Western Europe. You can do whatever you like, as long as you do it in an orderly fashion.

A diversity of foods in Moscow market

However, getting to Russia is still somewhat daunting. Tourists must travel with a tour, and the immigration officer spent close to five minutes peering at my business visa with a microscope before letting me in. Thereafter all was sweet.

When the Soviet Union collapsed, there was a crazy period. Business and corruption went hand in hand. But those days are long since gone; Mr Putin has made sure of that. There are still plenty of oligarchs but they now have to play by the new rules. My colleagues tell me they no longer have to pay bribes.

As long as we don’t make the mistake of trying to tell the Russians how they should live their lives, then relationships can be positive. But there is nothing that unites Russians of all political persuasions more than unasked-for-advice from foreigners. It is not a good idea to prod the Russian bear that way.

*Keith Woodford was Professor of Farm Management and Agribusiness at Lincoln University for 15 years through to 2015. He is now Principal Consultant at AgriFood Systems Ltd. His articles are archived at http://keithwoodford.wordpress.com. You can contact him directly here.

Yes, Keith, you Do have readers.....Another article on the 'Devil in the milk' seems appropriate at some point.

Thanks Waymad,
I started writing about A2 milk back in 2004.
So there is a danger I will sound like a broken record.
Our dairy industry has not yet understood the extent to which the A1 v A2 issue is going to be a disruptor.
On such matters, it seems I have more influence overseas than at home.
But yes, I do have more to write.
There is a considerable archive at my own website https://keithwoodford.wordpress.com
KeithW

Is there a proven benefit to calves from BCM7? What I am getting at is if we breed cows that dont produce BCM7 will there be a problem with calves? We take so many calves from the dairy industry and use ex infant formula in our calf milk replacer which seems to be an absolutely gutless milk replacer (I now use 2.5 bags cmr to rear a calf, plus a couple of weeks of colostrum)