Guy Trafford calls on the sheep and beef industry to hire more qualified local women rather than call for more immigrants. The WRA drives for innovative water solutions

Guy Trafford calls on the sheep and beef industry to hire more qualified local women rather than call for more immigrants. The WRA drives for innovative water solutions 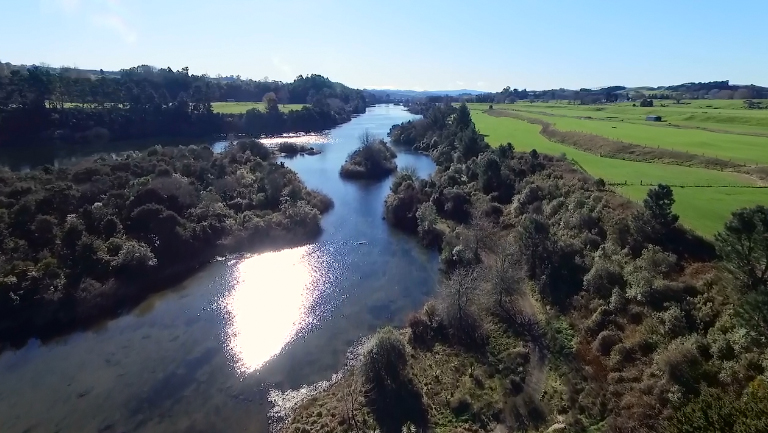 Fiona Gower, the National President of Rural Women recently spoke about the important role women have on the farm and how they need to be valued. Everything she said was correct highlighting the roles women have in managing the books to having a major role in the making of the farm financial decisions.

However, in my view she had her farmer wife’s blinkers on and stopped well short of where she could have gone.

Most applied areas of agriculture, as opposed to the service sector, are on record as complaining about the lack of quality staff available in New Zealand and hence are looking overseas for staff to full roles on farm. I have just completed 12 years lecturing at Lincoln University, mostly involved in the Ag Management papers servicing the B.Com Ag and Ag Sci degrees. In recent years student numbers have been steadily building, against the national trend, although this year they appear to have plateaued.

A major reason for the success in these programmes is largely due to the influx of young, and some not so young, women who are looking forward to a career in agriculture.

I think I’m correct in stating that Lincoln for the last couple of years has had more female than male students in the undergraduate programmes. Up until my recent ‘retirement’ I was teaching a couple of core ag papers and so met and got to know a lot of the agricultural students (however, don’t expect me to recall all your names as with 200+ a year they start to blur). The point I am, slowly, getting to is that I took an active interest in where students ended up when they left Lincoln.

Lincoln has the reputation of being the University having the most graduates ending up with a career of choice one year out from graduation and this is largely due to the large (relative to other Lincoln students) numbers of ag focused students, without doubt New Zealand’s most important sector and therefore making committed graduates an attractive employee.

Unfortunately, in my view, this claim to fame is likely to come under threat. It is due largely to its success at attracting female students wo although helping to bolster numbers for the Uni are then left languishing, applying for jobs they are quite capable of fulling but getting turned down or not even getting to the interview table. The dairy industry is arguably ahead of other sectors in employing women who are reasonably well represented, but the sheep and beef industry would have to be the laggard.

Farmers seem to expect the new graduate to come with a dog and be capable of putting up a fence.

Women may not be as skilled, at least initially, at repairing a fence or hanging a gate, but then it is highly likely they weren’t the one responsible for putting the cattle through the fence or hitting the strainer with the tractor. Everybody has skills but sometimes the employer has to revise what skills may be required within the business and be prepared to reframe how they operate and their expectations to accommodate skills a new employee may bring and then work to those skills.

So, when I hear about the labour shortage and then see disillusioned women being turned away, I’m afraid I can’t help but be a bit cynical.

Fortunately the service sector is not so bogged down and companies like Farmlands, Wrighties, FMG and others are active employers of women. But these are not always the roles that many of the graduates had in mind when they started their academic career.

On a totally different note an interesting ‘innovation’ is taking place in the Waikato River catchment which may be of interest to farmers in other regions especially where issues around water quality is of concern.

The Waikato River Authority (a crown/Iwi organisation setup in 2010 to oversee improving the wellbeing of the Waipa and Waikato rivers) launched an ambitious plan to raise funds to purchase 12-18 dairy farms in sensitive areas with the aim to convert them to organics to reduce potential pollutants flowing off the farms into the rivers.

Launched last November the aim was to invest $100 mln into organics.

To date interest has come from local investors as well as from Europe with a European based 6,000 cow dairy company getting its organic certification and presumably looking to expand into New Zealand.

There has also been interest from a sheep milk supply company and a company considering constructing a dryer for A2 and organic milk. CEO of WRA Bob Penter said "We have had the whole of the [dairy] supply chain come and touch the opportunity."

While the issues regarding nutrient flows into water in the Waikato are not identical to other regions, there are enough similarities to make the idea worth a second look. It would at least give the opportunity to those who criticise dairy farming to put some money where their mouths are and help go some way to fixing the problem.

Guy very interesting that organic dairy is going reduce nitrogen loss from existing dairy farms, modeling suggest some reductions in N loss but a gaping hole financials, how long will investors hang in their if losing money ?

I was reading our regional council information re irrigation and the Ruataniwha dam. I was quite surprised to read that it takes 10m3 of water to grow 1 kg of dry matter. It takes 15-18 kgs of dry matter to make 1kg of milk solids. What a crazy waste of water.

Those numbers are straight up B.S. can't fool all the people, all the time.

I don't think it's BS.
1 mm around here get evaporated pretty quickly. Looking at the bulk surface takes, Id say it was on the money.

Prof Moot at Lincoln frequently quotes 1mm of rain will provide about 15 kgDM for ryegrass/wc and 25kgDM response for lucerne, based on research at Lincoln. So the 10m3 is absolute B.S.

And a well run farm is doing around 1kgMs per 12kgDM.

Yes it is a physically demanding job. But it's not suited to ripshitandbust nor to mindlessly working oneself into the ground. It mostly requires an ability to think your way through the day finding the most efficient way to do jobs. This especially applies now days with lots of machinery and electronics to help with the back bracking stuff. sometimes those who appear to be going hard out aren't the ones actually getting the most work done.

Yes Skudiv it is. But somehow or other us ladies muddle through. I think we use our brain more than our brawn to compensate. If you watch a female shearer she will use little tricks of the trade to handle the sheep, many men stick to brute strength.
I have little tricks in handling cattle for oral drenching. Flipping ewes over for dagging. My best trick for fencing is to get someone else to do it.
For me I find I am more limited by my ignorance of most things mechanical. Its a shame if women are still being rejected for being a female. I have heard a few comments lately from young rural women saying they struggle to be taken seriously at the saleyards. Personally I dont find it a problem.
Back in the day I was being interviewed for a job with the Rural Bank. I was asked what my intentions were for marriage and children. I was dumbfounded at the time. Assholes. Another time I told my bank manager (when I was as broke as broke) my long term plan was to get a farm. He laughed at me. You really just have to ignore it and dig in. But someone usually has to give you an opportunity. A way in. I hope the Sheep and Beef community open up to more women farmers. When you look around the saleyards it looks like a geriatric gathering. We need young people whatever gender.

When you look around the saleyards it looks like a geriatric gathering. We need young people whatever gender.

I spent some time Dairy Farming and looked into Drystock to see if it offered a better work life balance than Dairy's work/work for my young family, in the end both industries have the same problem.

How do you save on $80k a years Farm Manager salary to buy a $3mil Farm when you require a 50% deposit. With no family backing the final step from employee into Farm Ownership is just too great. I exited Agriculture not willing to sacrifice decades of time and body for something I could never achieve.

You buy a residential property instead. In the likes of Tauranga or Hams. You rear some dairy calves and lease them out. You travel the world shearing. You start small. Sitting there wondering how to get a multi million dollar farm next week is typical of some peoples right now attitude.

I rather suspect that some bloke called John Deere solved the physical problems some time ago......

I wish Mr Deere could solve the aging process. That is another rural story. You get to a certain age in this field (note the little pun there), and finding further employment is very difficult. If you dont own your own land by then, if you have to move jobs, finding another can be impossible. Many farm managers as they get older hold onto their employment with a vice like grip. The alternative is town.