Guy Trafford wraps up some topical issues for dairy darmers, including the chance prices will stay high, and the work being done using a seaweed diet to control methane

Rural News
Guy Trafford wraps up some topical issues for dairy darmers, including the chance prices will stay high, and the work being done using a seaweed diet to control methane 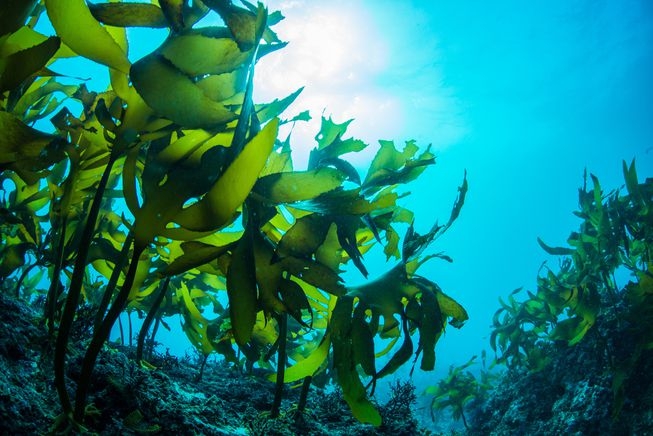 Another jump in the Global Dairy Trade (GDT) will be reassuring to Fonterra after their recent lift in the farm gate price for the season.

Overall products lifted by +3.3% and the seventh lift on the trot and prices now match what they were nine months ago.

Perhaps more importantly, the biggest lift came from Whole Milk Powder up +6% securing it above the US$3,000 benchmark ($3,186). A little surprising was the drop in Skim Milk Powder which fell by -4.6% after a series of quite strong previous sales.

Some bank economists are picking a $7.00 per kg MS for next season which is a very bullish approach to take.

The market signals do indicate that demand is outstripping supply but there are a lot of potential downsides floating around also. The Trump vs China trade conflict, while looking as it it might pan out, China is currently going through a soft patch of consumer spending which while not appearing to be influencing food demand yet, could if it continues to worsen.

Brexit is far from settled and may complicate things.

However, the biggest future driver is likely to be supply.

The US despite a heavy cow cull in 2018 still manged to have a 1% lift in production, New Zealand is doing well despite the increasing influence of the dry spell we’re currently in and the EU is predicted to climb by a tadge under 1% as well. Only Australia with all their climate issues looks likely to be below previous years production.

So, prices may well lift but getting over the $7 mark while welcomed would take a brave farmer to base their budget around at this stage.

The US, currently around the US$14.60 per CWT, is predicted to get up to US$16 later in the year but their pundits believe that while take some progress in the CAA (Canada, Mexico and US agreement) and China to “show some zeal”.

The Fonterra share value went to an all time low of $4.20 after the reduced dividend payout last week but has bounced back somewhat to $4.41. Part of this rebound appeared before the GDT result and coincides with the confirmation of Miles Hurrell as CEO of the Co-op.

I think most would favour this appointment as he has been with the company for 19 years and managed to avoid being tainted by past poor decisions, unlike some of the what is now past senior management. The cheaper pay packet at $1.92 mln is considerably less than previous CEOs and better reflects the mood of New Zealand shareholders to such matters. It makes other cuts to the Co-ops accounts look more credible when the ‘boss’ is also looking (relatively) modest.

I heard a climate ‘specialist’ being interviewed the other day and he mentioned, as an aside, that all the greenhouse gas issues with cows would be over if farmers fed them seaweed and then the general populous could eat meat and presumably dairy products with a clear conscience.

I confess to having missed this bit of news (actually was published by Fonterra last June) so did a bit of digging and indeed such research does exist although still in the trial and development stage and it is not without its challenges. The work is being done at Davis University in California and requires about 1% -2% of the cows diet (and presumably other ruminants would benefit also) being made up from an extract from red seaweed called Asparagopsis which I gather is an algae type seaweed.

Unfortunately it comes with a couple of issues. The first is Bromoform is part of the chemical make-up of red seaweed. This chemical is known to be an ozone-depleting substance, so increased production of it is likely to be contentious. The problem isn’t so much the cows emitting bromoform, it is the emission of the compound while the seaweed grows and unfortunately appears to be the critical chemical to reduce methane emissions.

The second is that the cattle don’t particularly like it and so needs to be heavily disguised. The taste shouldn’t be a major problem but getting around the Bromoform depending upon how important it is in getting the reduction affect may be more problematic.

The benefits though are considerable with a 99% reduction in methane recorded.

Sheep were also shown to reduce methane outputs by -50% to -80% however, some sheep showed some adverse health impacts and the trial had to be discontinued. It does look to be a technology worth pursuing and while silver bullets are generally the domain of the Lone Ranger this may (eventually) solve some looming issues for livestock farming - especially with agriculture coming into the ETS at some stage in the future.

Another added bonus would be the improved efficiency (all else unchanged) of the rumen’s energy production if the ‘wastage’ of methane was eliminated.

Here's another recent article on the topic of meat and climate change;

"Growing meat in the laboratory may do more damage to the climate in the long run than meat from cattle, say scientists.

Researchers are looking for alternatives to traditional meat because farming animals is helping to drive up global temperatures.

However, meat grown in the lab may make matters worse in some circumstances.

Researchers say it depends on how the energy to make the lab meat is produced.

"The climate impacts of cultured meat production will depend on what level of sustainable energy generation can be achieved, as well as the efficiency of future culture processes," said lead author Dr John Lynch."

"If the lab-grown meat is quite energy intensive to produce then they could end up being worse for the climate than cows are."

"Yes, the authors say that a number of other factors should be considered including water pollution that cultured meat may avoid. But other experts say that isn't so clear cut.

"Artificial meat may result in the presence of organic or chemical molecule residues in water, because the process would need to produce huge amounts of chemical and organic molecules, such as hormones, growth factors, to add to the culture medium to grow the meat" said Prof Jean-Francois Hocquette, at the French National Institute for Agricultural Research, who wasn't involved with the study."

Same with the seaweed - it's already appropriating sunlight and feeding something. We already divert (and have displaced other species from access to) sunlight landing on huge acreages. But we are aiming for more. Better we reduced population before we kill off the biosphere which supports us.

Think the seaweed guy may have been David Wallace-Wells who wrote “The Uninhabitable Earth,”.
I think he's not a specialist, rather a journalist who wrote about what we can expect in the 2 C - 4C rise scenario.

More practical to use tree legumes. A lot of work in Oz been done on this.