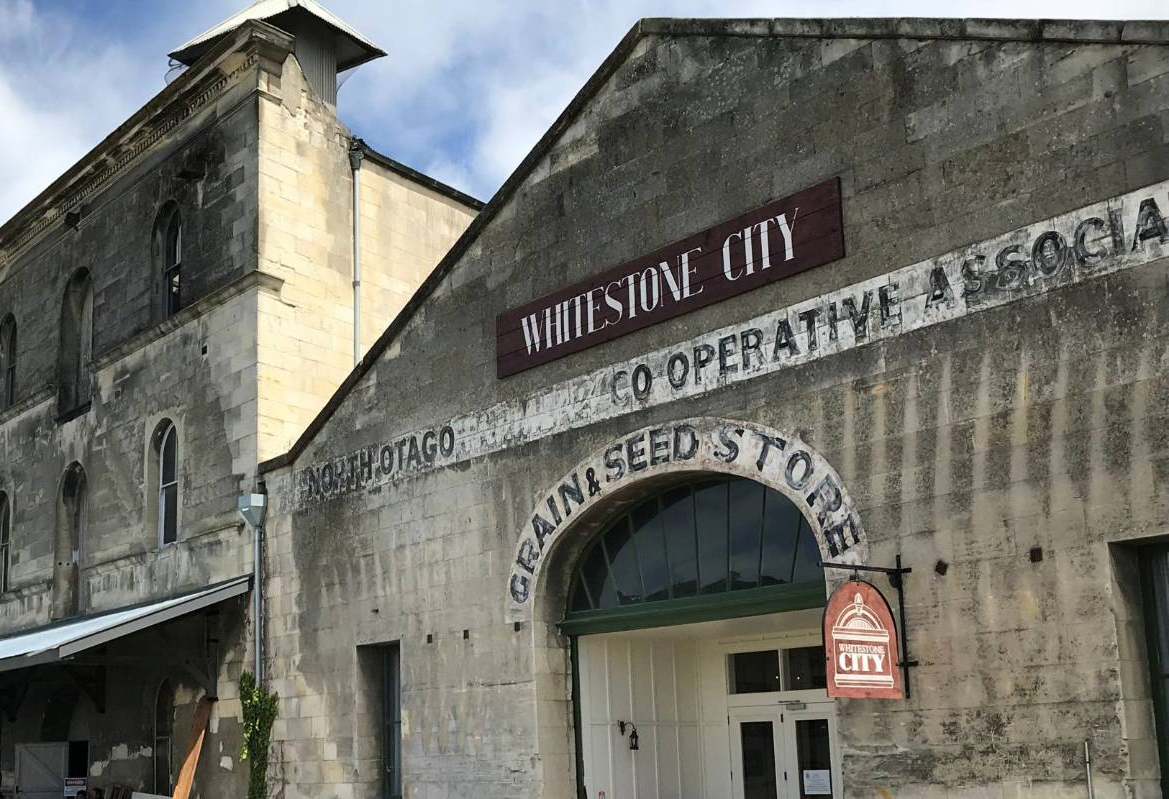 Cooperatives emerged in the 19th century as an important business structure designed to protect the interests of a group of members, based on the principle of equitable distribution of benefits related to use or supply. The first New Zealand cooperative was formed in 1871 by eight cheese making settlers on the Otago Peninsula; by 1890 40% of dairy factories were cooperatives and by 1925 there were about 500, of which only three remained after the formation of Fonterra in 2001.

The cooperative model has continued to flourish throughout the world and in New Zealand and in 2017 the top 40 cooperatives represented 16% of this country’s GDP. Fonterra’s turnover outstripped the rest by a wide margin, its revenue equal to the combined turnover of the other companies making up the top 10. The rest of this group consisted of retail grocery groups Foodstuffs North and South Island, Zespri, Farmlands, Silver Fern Farms, Alliance, Southern Cross, Market Gardeners and Mitre 10, while next came fertiliser companies Ballance and Ravensdown, Westland Milk Products and Rabobank.

This list gives a good idea of the industry types best suited to the cooperative model: agricultural production (dairy, meat and horticulture), agricultural inputs (fertiliser and farm supplies), financial services (health insurance and rural banking) and retail (grocery and hardware). From small beginnings, cooperatives have expanded to much larger groups of buyers and suppliers to take advantage of scale.

Recent trends suggest the dairy and red meat sector supplier-based as distinct from purchaser-based cooperatives may struggle to realise this advantage.  This appears to be due to highly capital intensive operations, a failure to retain or generate sufficient capital for reinvestment, returning too high a proportion of the product margin to members and decisions to step outside their core business activity which have ultimately proved to be an unwise use of scarce capital.

None of this contradicts the intended benefits of the cooperative model or the validity of its primary objective which is to ensure an equitable distribution of profits to members based on use or supply. However the problems facing Fonterra and Westland suggest the cooperative model may no longer be the best fit for the dairy industry, founded and conducted on cooperative principles for nearly 150 years. Equally the red meat industry has experienced difficulties, AFFCO converting from a cooperative with no shareholder funds in 1994 to a listed then privately owned company, SFF having no option but to sell half the company to a Chinese investor and Alliance still surviving as the only 100% cooperative, although its return on assets remains disappointing.

The stronger performance of privately owned companies in both dairy and meat industries during the past decade, if not longer, has put further pressure on the cooperative side of the industry. Lower or barely competitive product payments, combined with the need to buy shares in a cooperative, have made it attractive for suppliers to choose one of the growing number of private processors. Cooperatives work best for those farmers who have already ‘shared up’ and farm in a region where the cooperative is the main or only option, particularly when a guarantee of processing capacity is critical.

Competition from newer, more efficient processors means there is a danger of the large cooperatives becoming processors of last resort which then necessitates paying over the odds for livestock, as the only means of filling up available capacity. The exception to this is during drought or peak livestock flows, normally in the autumn and in the South Island, which may partly explain why lamb prices there are as much as 50 cents and prime beef 30 cents a kilo below North Island schedules.

Milk payouts are a very obvious way of measuring processing and marketing gaps between dairy companies which doesn’t provide very good reading for cooperatives Fonterra and, more particularly, Westland. The smaller Tatua traditionally makes a superior payout which clearly has much to do with its relative size and specialised focus.  However dairy farmers have less flexibility than sheep and beef farmers in choosing their processor and have little option but to remain for a minimum of a season.

To my certain knowledge, the meat industry paid too much for livestock throughout the 1990s and 2000s relative to the market return, because of an excess of capacity. SFF’s attempt to extricate itself from low end commodities and create added value was compromised by high debt, ageing and inefficient capacity, and procurement competition. The substantial investment by Shanghai Maling rescued the business and removed the crippling debt, but the 2018 result provides no evidence of an improvement in operating performance.

SFF and Alliance have closed capacity in recent years, but the annual maintenance bill and capital expenditure needed to ensure the competitiveness of the remaining capacity remain substantial. Both companies have placed great emphasis on moving up the value chain to try to capture a greater share of the final product price. But the cost of doing this, at the same time as spending scarce dollars on plant maintenance and upgrades is significant.

In conclusion it appears supplier owned cooperatives may not be the best structure for large scale commodity processing and international marketing. There is an inherent tension between essential investment in operations, product development and brand development on the one hand and competitive payments to the shareholder suppliers on the other. Fonterra, Westland, Alliance and SFF have all found it tough to satisfy both priorities and two of these cooperatives have already chosen an outside investment solution.

Well that's in total contradiction to Rabobank.
It all depends on where the rewards are delivered.
Look at the international experience at farmer rural community level when single desk exporters are deregulated - Israeli citrus, Australian pipfruit, South African multiple fruits, NZ apples and pears. Then examine the reversal of NZ kiwifruit fortunes under ZESPRI - from a bankrupt industry in the mid 90s to what it is now, including the desimation of canopy with disease as a result of deficient biosecurity.
Then also think on the benchmarking of farm milk price Fonterra delivers (remember the recent war of words between a corporate processor and Fonterra?)
If you really want a piece of the dairy action, put your money where your mouth is and buy a farm.

"In conclusion it appears supplier owned cooperatives may not be the best structure for large scale commodity processing and international marketing."

Rabobank is no a commodity processor but, in fact, a bank so no contradiction.

Of course Rabobank is a bank - a cooperative bank.
You focus on commodity processing. I take you back to my opening comment - where you want the benefits to land. Every farmer supplier is an autonomous business. As autonomous businesses they recognise that to get best value for the milk they produce, they will hold the strongest market power position by forming a farmer cooperative. Fonterra is the vehicle through which the sum total of all those individual, autonomous farm businesses choose to process and market there milk into the international market place.
What you seem to be suggesting is that those farmers be prevented from exercising their right to choose their organisational structure to get them too dollar returning to their individual business.
So I repeat, if you want to participate in the dairy industry, buy a farm and then appreciate the complexity of commercial risk exposure and mitigation decisions that every individual one of those farm businesses must make on a daily basis.

It is obvious that investor owned processors will only pay farmers/suppliers the least amount they can to secure product. So for farmers to have any chance of long term sustainability they must invest in and supply a strong cooperative. The only reason 'independent' processors pay 10c above Fonterra is it is the bear minimum they need to secure supply.
Alans opinion that recent poor performance of cooperatives is because of capital intensive investment, abandonment of retained earnings policy, and poor investment decisions, has absolutely no relationship with the cooperative model, and everything to do with poor governance , leadership and member engagement and loyalty.
Without doubt, globally the only farmers that receive a good return for their products, supply a strong co-op.

Why would you want a local co-operative when you can flog yourself off to some giant foreign corporation, preferably one owned by a foreign government? Yeeha!!

This is a good example illustrating the superiority of a belonging too and supplying a cooperative processor and marketer, if you are in the business of farming; along with the short sighted folly of supplying a competing 'independent' processor.

I don't think what I wrote contradicts any of the comments at all. Clearly a cooperative is the best model for ensuring fair and equitable returns to the producer, but only as long as strategy, governance and operating efficiency are consistently excellent.
My argument with Fonterra's strategy are related to its desire to invest in the value added end of the market without these prerequisites. Therefore in my opinion it would be better if Fonterra focused on the commodity business and introduced at least a component of outside investment, much as has been the case with previously 100% government owned electricity SOEs.
In the case of Westland Milk, the bus has already left and the suppliers have little option.

I don't disagree that Fonterra lacked competent governance and senior management capability, but it is not because it is (was) a cooperative. Many if not most non cooperative processors suffer from the same maladies. All company structures need to invest capital effectively to survive. An honest evaluation of history proves belonging to a true cooperative is the best way for farmers to maximise the return for their produce, provided crucial cooperative principles are adhered too which maintains unity and coherence of purpose. Unfortunately Fonterra chose to abandon these principles, in no small part due to aforementioned poor leadership.