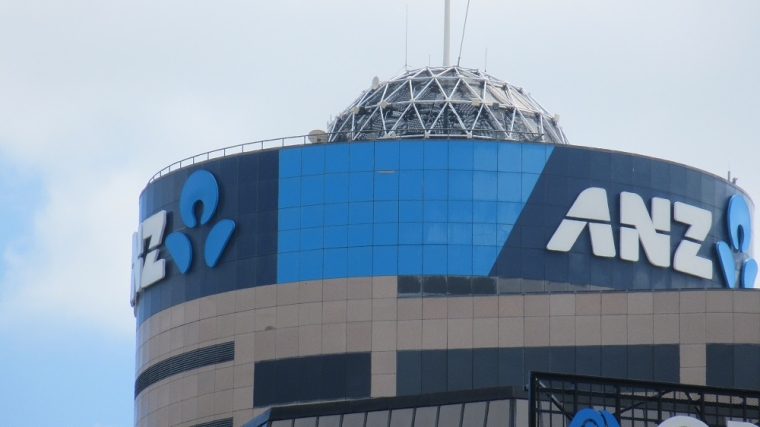 The Financial Markets Authority (FMA) says Friday’s filing in the Wellington High Court of legal proceedings against ANZ on behalf of eligible investors in Ross Asset Management "marked the end of a long battle" to enable the FMA to engage with investors so they could determine whether to bring a claim against ANZ.

Details of the claim haven't been revealed, but it's likely to be in the tens of millions of dollars.

The essence of the claim is that ANZ was negligent and either knew that David Ross at Ross Asset Management was running his business as a Ponzi Scheme or it should have known how one of its large fund management clients was operating its accounts.

The ANZ will be defending the claim. "ANZ was Ross Asset Management’s banker and like the investors was misled by Mr Ross," an ANZ spokesperson said.

RAM was tipped into liquidation in December 2012 after an investigation of its finances found only $10.24 million in funds and not the $449.6 million investors believed was being held. The collapse was investigated by the FMA and the Serious Fraud Office. Funds withdrawn from the scheme over five years exceeded those contributed by more than $60 million.

Earlier this year the Supreme Court dismissed an application from ANZ for leave to appeal a Court of Appeal judgment, potentially paving the way for the FMA to take action against the bank on behalf of investors in the Ross Asset Management Ponzi scheme.

On Friday, FMA chief executive Rob Everett, said the Ross Asset Management Ponzi scheme "was a major event for New Zealand’s financial markets and had a very significant impact on a large number of investors".

“For the past three years, the FMA has been responding to ANZ’s legal challenge to enable us to engage with and provide relevant information to Ross Asset Management investors.

“We invested considerable time and resources in litigating this matter, which went all the way to the Supreme Court. The FMA established the right for investors to make their own informed decisions and pursue their own claim.

“This matter raises important questions around bankers’ duties and we are pleased they will now be tested in the Court.”

Mr Everett said that given Ross Asset Management investors had decided to take this action, there was no need for the FMA to determine whether to use its statutory powers to pursue an action on their behalf.

“While the FMA has the power to take action on behalf of investors, it is obliged to consider the likelihood of individuals taking their own proceedings and diligently pursuing them.

“This action shows the process is working, with investors exercising their private rights to make a claim,” Mr Everett said. “It has taken a long time to get to this point, but we think that this is the right result.”

This is the statement that was issued on behalf of the Ross Asset Management investors group:

A legal claim has been filed in the Wellington High Court today against the ANZ Bank. The claim against ANZ is for breach of its duties as banker to Ross Asset Management for negligence in managing the Ross Asset Management bank accounts and for actions known as “knowing receipt” and “dishonest assistance”.

A spokesman for the investor group, John Strahl, said: “We are disappointed that the ANZ took legal action for over three years against the FMA to try and stop it from passing on the results of its investigation to investors. However, the FMA prevailed after being tied up for three years in the courts by ANZ through a Supreme Court ruling in favour of passing the information on to us. Such delays have simply prolonged the agony for RAM investors, many of whom have already psychologically written off their investment.”

“Since receiving the FMA’s material we have sought our own independent analysis and legal advice. This confirms that we have a very good claim against ANZ and we are now proceeding with legal action.”

“The claim is based on our view that the ANZ either knew that David Ross at Ross Asset Management was running his business as a Ponzi Scheme or it should have known how one of its large fund management clients was operating its accounts. The ANZ is one of the largest fund managers in New Zealand and Australia – they know how client funds are meant to be managed.”

By law RAM was meant to be holding investor funds in a client account to be invested on behalf of the client who deposited the funds. Instead, however, the ANZ did not require this and allowed the funds being deposited to be used for non-investment purposes, including paying RAM expenses, reducing RAM’s unauthorised overdraft with ANZ and also to repay other investors.

“It is on this basis the FMA came to the view that ANZ may be liable to a claim from the RAM investors for participating in RAM’s breaches of trust because of the way ANZ permitted the bank accounts of RAM to be operated,” In our view all investors in RAM who at the conclusion of the Liquidation had made a positive net contribution, will be eligible to join the claim.

Since sending out information to investors over 200 investors have already signed up to join and we expect more to do the same in coming weeks.”

This is the statement from ANZ:

ANZ was Ross Asset Management’s banker and like the investors was misled by Mr Ross.

ANZ strongly denies the allegations and will be defending the claim from the investors and the litigation funder.

The FMA said last week the matter raised important questions around bankers’ duties and this provides the opportunity for them to be tested in court.

By way of background, ANZ provided a significant amount of documents to the FMA to assist in its investigations into Ross Asset Management.  ANZ released confidential information (including customer information) to the FMA, as required by law.  The FMA wished to pass on selected documents to a third party.

We believe customers and companies alike need to have confidence that confidential information is treated as such, and when provided to a regulator, is only used by that regulator in accordance with their statutory mandate.

ANZ brought the proceeding to test the issue of the proper application of certain provisions of the Financial Markets Authority Act which applied to the FMA obtaining confidential documents and how those documents could be used. We believed this issue raised significant questions about the use of confidential information by a regulator.

The High Court provided a ruling in early 2018 which upheld confidentiality in the information and documents in issue.  The Court of Appeal took a different view, and the Supreme Court determined it would not hear ANZ’s full arguments on these issues.

Are the mum and dad investors,along with the more knowledegable investors going to take some blame for being greedy.

A bit of irony here - the FMA were the umpires when Ross was missleading investors. Now they are blaming ANZ for missing the issues they missed.

Who were the accountants for Ross and did they audit the Trust account?