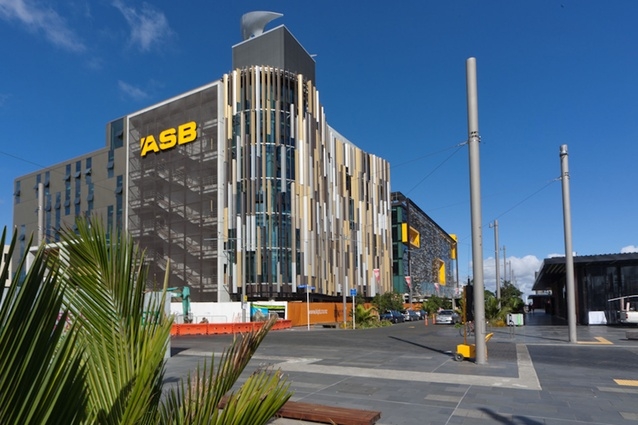 ASB has posted a 5% drop in half-year profit after absorbing a $28 million one-off loss on the sale of its funds administration business Aegis.

ASB's net profit after tax for the six months to December fell $31 million to $599 million from last year's record high $630 million. It's the first time in seven years that ASB's interim profit has fallen.

"Against the backdrop of a stable economy, we're mindful of a cautious business sector and uncertain global outlook," Shortt said.

"A key feature of the past six months has been the low interest rate environment with rates dropping to historical lows, and we're conscious that while low interest rates are good news for borrowers, for many of our customers with savings it creates a real challenge."

ASB topped $100 billion of assets as of December 31, and reported a 30 basis points increase in return on equity to 15.4%. ASB's lending increased 5% and its customer deposits grew 4%. The bank's common equity tier one capital ratio was 11.7% at December 31, versus the minimum requirement of 7%. ASB says it had $3.537 billion of capital in excess of its Reserve Bank imposed minimum regulatory capital requirement at December 31, with total capital at $8.08 billion. New Zealand banks are required to phase in increased capital requirements over a seven year period starting from July this year.

ASB's parent Commonwealth Bank of Australia (CBA) reported a 4.3% drop in half-year cash profit after tax to A$4.477 billion. The group's cash return on equity dropped to 12.7% from 13.8%, and net interest margin increased one basis point to 2.11%. CBA's interim dividend per share was unchanged at A$2, equivalent to 79% of cash profit, down from 104%.

The ASB table below comes from CBA. 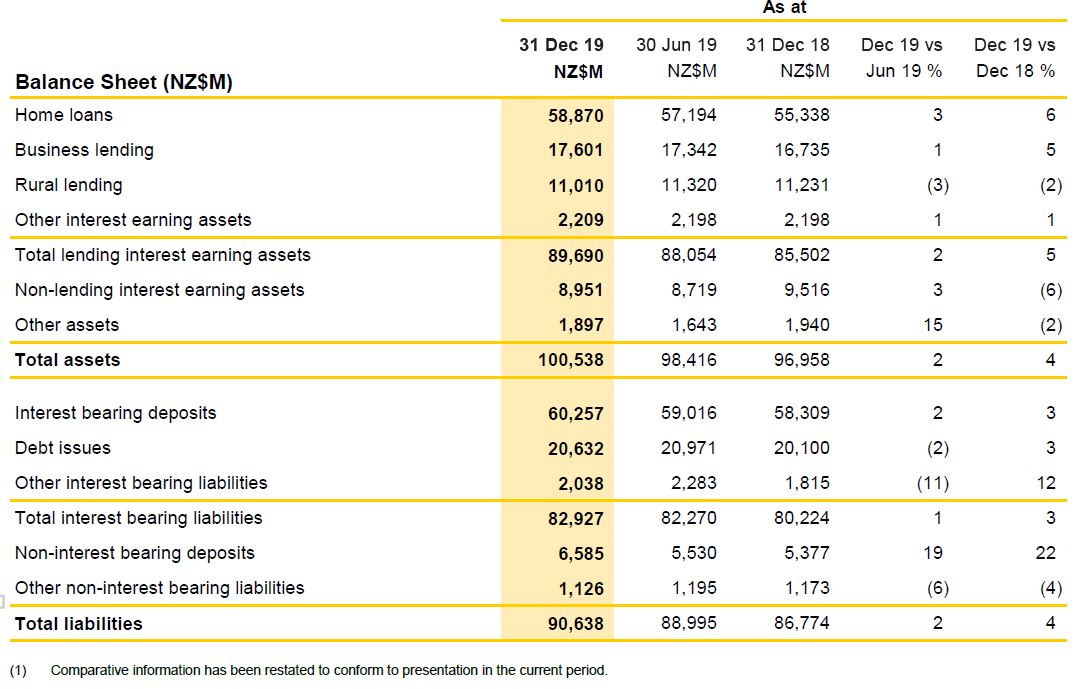 CBA's press release is here and its full results document is here.

An interview transcript with CBA CEO Matt Comyn, published by CBA, is here.

Surely it's time for another OCR cut!

Oh they ALWAYS get the bonuses. Even if they have to get bailed out by the taxpayer, they get those damn bonuses man. They deserve them! :)

Why don't you work for a bank then, Davo36? Then you'll also get a bonus

After what, 20 years of record upon record profits, they slip by 5%. My heart bleeds for them.

Alternatively: ASB are now paying savers so little for their deposits that it is becoming difficult to pay them any less. As a result, ASB were only able to extract $0.6bn from the New Zealand economy in the last six months.

I like the way they say savings are the liabilities, those pesky savers would not life be easier for the bankers without them

Liabilities in an accounting context. But I understand what you're saying. Savers only really add value to the banks if they can be converted over time into debtors.

If you are staying in doors.

KILLING THE HOST exposes how finance, insurance, and real estate (the FIRE sector) have gained control of the global economy at the expense of industrial capitalism and governments.

The FIRE sector is responsible for today’s economic polarization (the 1% vs. the 99%) via favored tax status that inflates real estate prices while deflating the “real” economy of labor and production.

Good recommendation. Michael Hudson is wise, but will not not be a h'hold name in NZ (compared to the likes of Mike Hosking).

Once it was ICE, now FIRE. This game of Thrones between these non-manufacturing Giants is killing the populace.