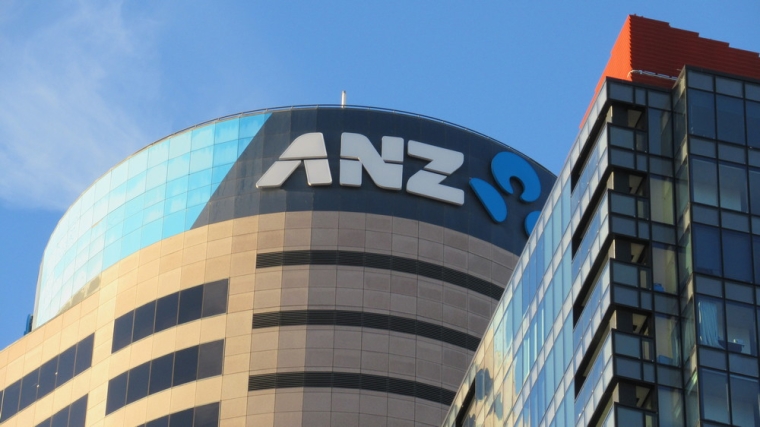 ANZ NZ also recorded a $32 million loss on the sale of UDC Finance after the recent $794 million sale to Japan's Shinsei Bank, plus a $23 million after tax loss stemming from unwinding the economic hedges from UDC loans.

"COVID-19 brought unprecedented challenges to our country and consequently for many businesses, including ANZ NZ, and this is reflected in our full-year result," CEO Antonia Watson said.

Australian parent the ANZ Banking Group said of the group's 529,000 home loan accounts in NZ, about 24,000 have received a deferral on loan repayments. As of October 15 about 10,000 accounts were on a deferral plan, equivalent to 2% of the total NZ mortgage book. Some 21,000 customers were moved to interest-only.

ANZ NZ says all up it has provided financial help to about 43,000 personal, home and business loan customers through repayment deferrals, moving them to interest-only, or loan adjustments covering lending worth about $27 billion.

Watson said remediation and increased regulatory requirements contributed to the rise in expenses, with "significant investment in a number of technology systems" designed to meet Reserve Bank stand-alone bank requirements. ANZ NZ also booked a $27 million after tax goodwill write-off stemming from the decision to wind-down its Bonus Bonds scheme.

"While the record low interest rate environment and fee reductions have impacted underlying revenue, customer deposits were up 11% and underlying gross lending increased by 3%," said Watson.

ANZ NZ says fee reductions have passed on about $50 million in savings to customers.

Meanwhile, Watson said the NZ economy has a lot going for it.

"As well as our management of COVID-19, our commodity prices are holding up as countries shore up their food supply chains. Business confidence and other indicators of economic activity have bounced back quickly. Businesses have some certainty about the future that simply doesn't exist in other countries," she said.

Nonetheless Watson said the next few months would be difficult.

"While the efforts of people in New Zealand to contain the spread of COVID-19 have reduced its impact, we must remember that there has been a considerable cost to many in the community."

The country's largest KiwiSaver provider, ANZ NZ now has $16.4 billion under management, an increase of 11% year-on-year.

The ANZ Banking Group posted a 42% fall in annual cash profit from continuing operations to A$3.76 billion. This comes with a credit impairment charge of A$2.74 billion and an A$815 impairment of "Asian associates." Return on equity dropped to 6.2% from 10.9%, and the group's paying annual dividends of A60 cents per share down from A$1.60. The ANZ Group said its Common Equity Tier 1 capital ratio was 11.3% at September 30 as a percentage of risk weighted exposures. That compares to a pro-forma ratio of 11.4% a year earlier.

ANZ Group CEO Shayne Elliott said the events of the past year make it difficult to predict the course of the next year.

"While we are not managing the business expecting things to return to the way they were before the pandemic, nor are we sitting idle waiting for the next event to happen to us. ANZ is well placed to respond to the opportunities that are emerging as a result of accelerated structural shifts in the economy," Elliott said.

The chart below, on its NZ mortgage deferrals, comes from the ANZ Group. Here's the full results release from the ANZ Banking Group.

ANZ's annual profit may be falling - but from an extraordinarily high base!

All that money sucked from the pockets of its customers - including elderly people receiving miniscule returns from their term deposits......

Certainly not my notion of egalitarianism/equality.

wait, you have notions of egalitarianism/equality?

By the way, does anybody happen to know what ANZ's Chairman was paid?

Bet the ANZ Chairman earns plenty more than $200k now. So while his remuneration goes up, term deposit returns tank. )-:

I've come across a number of elderly people who rely upon returns from their bank term deposits for a modest livelihood - and they're struggling. Alas, I can't see deposit rates increasing anytime soon.....

A fall in profit isn't a bad thing in an environment where other businesses are collapsing.

This organisation has permission to magic money into existence and lend it out with interest, with that in mind large profits are abhorrent.

You still have to find credible borrowers.

thats a 0.1% drop in interest revenue, no real change in the core business of borrowing and lending

so the rest of its losses are just down to mismanagement.?

Sorry Editor/RCD.. just reported your comment by accident. But in answer to your question (if it wasnt rhetoric), there may well be some mismanagement but the large difference is mostly down to provisioning. This will hopefully be conservative (most of the time it is as management like to set the bar low and outperform) but it is typical in times of economic downturns. If things continue to track as they are (which is a V shaped recovery in NZ) then most of these provisions will not eventuate at profits will go back to record levels..

Cost cutting lags profitability, it takes time for people to broach the reality of a new phase in an economic cycle.

It'll be interesting to see what the smaller banks post, the big four Australiasian have actually been relatively conservative by comparison to some of the domestic banks. I wonder if they're in for a real kicking?

As for writing down that Asian gamble, historically the worst enemy of ANZ has been it's own executives. They seem to have a penchant for destroying shareholder value in what is at it's core is a great business.

Even in the middle of a deep recession, the bank has managed to turnover a return to its shareholders to the tune of 0.5% of our NZ's GDP.
This is more concerning when you consider the fact that this is just one of four large foreign-owned banks making up an industry (financial and insurance services) that contributed roughly 6% to our GDP last year.

The provisioning posted by the ANZ Group due to credit impairments is not conservative. Actually, it is so optimistic as to border on the wishful thinking.

I would have expected more than 2% of mortgages deferred.

There's a catch though - it says about 10,000 accounts were on a deferral plan, equivalent to 2% of the total NZ mortgage book .
It doesn't say what those 2% were in terms of total residential mortgage value on and off its balance sheet.

I think some deferred during lockdown and have come off that since.

Seems the NZ operation has held up better that the Aussie one. Credit where credit is due.

In the EU banks have lost %84 of their value, low interest rates are the death of the banking industry.