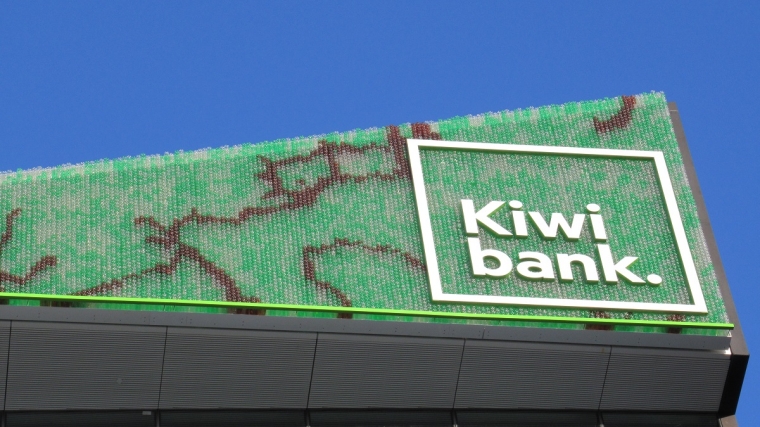 Kiwibank's annual profit is up 121% off the back of strong housing lending growth, after writing back credit impairments, and delivering a 16% jump in net interest income.

"People's willingness to tie up their money for a 1% return is pretty low. So we haven't seen a drift away from banks in terms of people keeping their savings there, but certainly we've seen a really big shift in the deposit mix, which is going to on-call accounts and moving away from term deposits," Jurkovich says.

Jurkovich says a combination of strong lending and deposit growth, cost discipline, benefits from technology and digital investments, and the anticipated release of bad debt provisioning for COVID-19, contributed to the improved result.

“The strong housing market has played a significant role, as well as our consistently competitive and market-leading interest rates. In addition, the focus on growing our frontline banking expertise and starting to expand our reach via advisers, demonstrates our changing business and the shifts we are making to better meet customer preferences, as well as how we are showing up to help more Kiwi homeowners in a variety of ways,” Jurkovich says.

He says Kiwibank is working to support any customers impacted by the latest Covid-19 Level 4 lockdown, noting the anxiety and uncertainty some may be feeling.

“We’ve moved quickly to update information on our website. We urge customers worried about their financial situation to get in touch so we can work through the options available," says Jurkovich.

“With the situation changing day-to-day we’ll continue to monitor and respond as necessary."

Kiwibank's common equity tier one capital ratio, as a percentage of risk weighted exposures, dropped in the year to June to 10.9% from 11.4% The current Reserve Bank mandated minimum is 7%. The bank's total capital ratio rose to 13.2% from 12.6%, versus the 10.5% minimum.

During the June 2021 year Kiwibank paid its shareholders - the NZ Super Fund, ACC and NZ Post - $6 million in dividends, down from $17 million the previous year.

Riding the wave of the housing bubble. Yay!

Backed by a reserve bank pretty much giving you cash and politicians underwriting your assets.

If a bank doesn't profit massively in this environment, there's something really wrong with them...

Yeah, the question is; when will the wave crash on the rocks?
97% of the money in circulation is debt created when a loan is taken out and then destroyed when a lone is paid off, so to keep this Ponzi scheme going we need more and more debt. Does that sound like a healthy system?

And the answer to runaway bank profits is to.... increase the OCR by 0.5% so that banks get another $150m a year from Govt. Pop the corks chaps.

The very reason why banks have had such profits is that the OCR has been too low for too long.
The OCR must be increased, and quickly and significantly so, in order that savers are properly rewarded, and parasitic housing specuvestors stop being subsidized by the productive part of the real NZ economy.

I don't disagree with your sentiment, but maybe look at bank profits over the last 10 years before making assumptions? Why do you think the bank economists are all screaming for an OCR increase - because they want their employers to lose money?!?

Imagine what they could achieve if they ran their branches with some level of professionalism, instead of a bookstore mentality - that's if you can find a branch nowadays.

Courtesy of the ever faithful nz taxpayer who will no doubt be called on when things turn sour to prop this ponzi up . It's time extraordinary profits by banks attracted suitable extraordinary taxes to match the risk the taxpayer is exposed to .

More of a return to profitability isn't it? About 5 years ago they made a similar nominal profits but they had a major project go off the rails, changed management, and now it looks like they're recovering lost ground.

Yes $90m IT impairment about 2 years ago. The CEO "resigned" last year if I recall

Despite a 13% increase in loan business, the cost of money loaned out dropped 47% (ex government and savers). It might be worth mentioning as a counterbalance to a 15% drop in interest revenue (ex borrowers).

Still terrible to deal with

I moved all my business dealings from the ANZ (who were worse than useless) to Kiwibank 2 years ago. They have been great for me. Most of my personal stuff is with them now too.

Same here sluggy, except I made the move about 4 years ago from ANZ. Couldn't be happier so far

Be good if interest could post a chart of what banks loan books are divided up? I think you have previously posted. If I recall kiwibank had the highest dedicated to residential mortgages compared to business lending.

Should have said kiwibanks own percentage is heavily in favour of mortgages.

Not surprised as result of housing ponzi as supported and promoted by Orr and Robertson.

All those funds being held in on oncall accounts instead of term deposits surely increases the speed and severity of any run on the bank. With social media and online banking it would only take a few hours to cripple a bank.

Can’t wait to bail the banks out when this all comes crashing down.