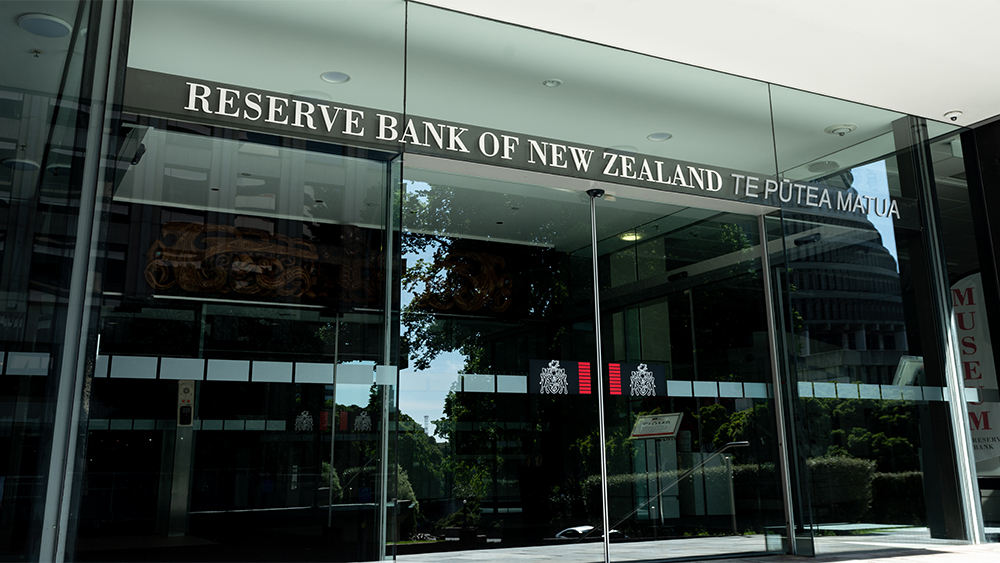 The Reserve Bank says its Chief Economist Yuong Ha, who is also a member of its Monetary Policy Committee, will leave next year after 25 years at the central bank.

Ha, who is also Head of Economics, will leave after February's Monetary Policy Statement is issued. He has been at the Reserve Bank since 1997.

The Reserve Bank says Ha’s position on the Monetary Policy Committee will be filled in accordance with the requirements in the Reserve Bank of New Zealand (RBNZ) Act, with the RBNZ Board - including the Governor - and Finance Minister responsible for appointing a suitable candidate from within the RBNZ.

In the statement Ha says it has been a privilege working at the Reserve Bank and serving on the Monetary Policy Committee. Orr describes Ha as a very capable leader who has contributed a huge amount to the RBNZ’s monetary policy efforts.

A job well done, jump before the sh*t hits the fan...

The silent hero of our feudalist class members, this guy deserves a statue.

Him & Bascand got the timing perfect, 2022 might be a slo-mo train crash they've engineered by kicking the can down one last time; Orrsome.

How long can RBNZ continue to bleed from brain drain before the bank turns into a floating ocean junk?

Politics have ruin a great many organisations.

The entire show (or fiasco if you like) is playing out exactly as I was expecting.

Feel like the brain may have already been drained  😒

Like rats from a sinking ship. Captain Orr to be left aboard all alone wondering where it went wrong.

Personally, I think this is an ominous sign. For many, central banking is the pinnacle of where you can go if you believe in the status quo and the power of the monetary dogma. But if you feel helpless and under pressure, the experience is likely to be soul destroying. Ideally, people will be replaced by algorithms.

The man who proclaimed last year that that blowing an asset bubble was a great idea, because the central banks can always "mop up" after it.

Not sticking around to mop up the nation-wrecking clusterf*** that his hairbrained policies unleashed.

No suprises there.  Another rat abandoning the sinking ship.

The only mystery is whether he jumped or was pushed.

The man who proclaimed last year that that blowing an asset bubble was a great idea, because the central banks can always "mop up" after it.

He really said that or did you attach that claim to him?

The RBNZ is preparing to implement never-used-before measures to drop interest rates for loans like mortgages even lower, including a negative official cash rate and giving money to banks at a cheaper rate. Such moves would push house prices up further by increasing demand. "We acknowledge that asset prices will rise, and house prices are the key one. The worst situation we could face right now would be to see house prices fall," Ha said.

Ahhh yes, this is the thing I remember him saying. What's the bet he owns a whole bunch of houses...

Not those exact words but yeah.

.........wanted people to acknowledge the RBNZ’s view that while lower interest rates boost asset prices, this has a wealth effect, which boosts confidence, spending, economic activity and employment.

Yes, but that is not the the sole voice of Yuong Ha. That message comes from the orchestra of the entire NZ ruling elite. The thinking permeates throughout banks, academia, and the braindead media.

Because they’ve never needed to actually run anything in real life. The first generation earns it, second keeps it and the third ….turns it all to shit while self righteously telling everyone how much they care.

Read before that he is the architect for interest cut and lowering LVR.

Now after pushing kiwis in troubled waters, he is leaving.

As I said before this team is full of headless chickens with zero accountability.

Ruined nz economy and housing market and time to leave now,exactly JK did few years ago.poor us kiwis have to put up with these clowns and their team watching how they destroy our beautiful country...

None of us can say for sure, but it does seem a bit suspicious that both he AND Bascand are leaving now.

Well, we all know the Brown stuff is going to hit the fan next year, can you blame them. Especially if, despite the public rhetoric, they don't believe in the direction the RBNZ has been taking.

"Appointing a suitable candidate from within the RBNZ " I think they would be well advised to cast their net wider as new thinking is needed I believe.

...the selection panel should be composed of  Int.co subscribers.

So we can add tin foil hats to the RBNZ unofficial uniform?  Pass thanks.

That would be great.  I'd push for no replacement, and shove the rest out the door with him. The big Hasta La Vista to the lot of them.

I've had enough of them trying to manipulate price (of money).

Agent Ha, this is Blue Leader. Stand down, your new contract with the ANZ is being drafted now. Thank you for your service.

I am even more convinced, now, that we are heading into deeply troubled waters in 2022.

Don't raise the OCR too much, and you can maintain economic momentum and employment, but do little to mitigate inflation.

Raise the OCR a lot, and help cool inflation and housing market but sink the economy and employment.

And yet they have these two competing mandates!

Yes, 'unintended consequences.' Now, I think the've felt that they felt they had nailed the magic formula for the never-ending bubble with their employment and price stability mandates. But now the bubble is so big that it's threatening the stability of the whole economy even though the sheeple are unaware of why yet. They didn't account for that. I would be hightailing it out of that office too. Because you know what's going to happen if the proverbial hits the fan. The govt (primarily Robbo) is going to point his finger at the RBNZ as the culprit. The sheeple will follow the accusations put forward by Robbo and the Queen Bee through the media. Worse case scenario, RBNZ employees would be looking for gigs offshore where they can escape the finger pointing and social exclusion.

The govt (primarily Robbo) is going to point his finger at the RBNZ as the culprit.

And Parker in his arrogant recent interview with Jenee pretty much did that with his 'Oh, do you think it is us who are to blame'

Could Ashley Church replace him? Might not have the technical chops of Ha, but he could become the voice of RBNZ on talkback radio.

So another one down, just like I was predicting before Bascand went. Looks like my crystal ball upgrade worked. I remember Ha saying something like "We know house prices will rise if we do this next crazy thing, but by god you don't want them to fall!", all but admitting housing is the backbone of our horrifically unproductive economy.  Or put another way "We have to do the wrong thing, my economic text book that hasn't got anything right in ages says so".