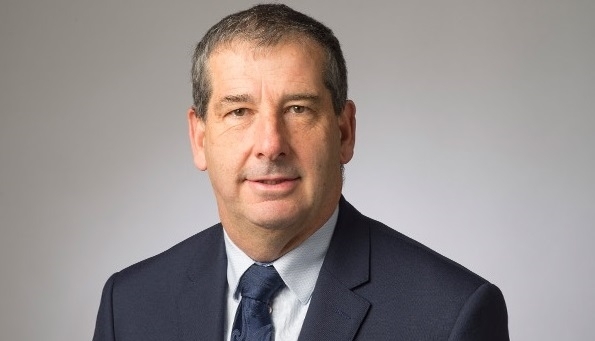 In a statement the Reserve Bank didn't say what Bascand's plans after his departure are. He has been at the Reserve Bank since 2013. In 2017 Bascand told interest.co.nz he'd put his hand up for the Governor's job, which ultimately went to Adrian Orr.

In the statement Orr says Bascand leaves with the Reserve Bank’s "deep gratitude for his contribution to the Bank and the wider financial system."

“Geoff has made an incredible contribution to the Bank, and we’re indebted to his leadership, guidance and wisdom,” Orr says.

Bascand has been Deputy Governor since May 2013, and is also a member of the Monetary Policy Committee. He will leave in January.

“The Bank is a special place that makes a massive contribution to New Zealanders’ wellbeing. I have had extraordinary opportunities to participate in a huge range of important initiatives, and work with many wonderful colleagues, but I want to make more time for other interests in my life," Bascand says.

Orr, the Reserve Bank Board and Minister of Finance Grant Robertson "will determine in due course" the preferred option to succeed Bascand as Deputy Governor.

Prior to joining the Reserve Bank, Bascand was the Government Statistician and Chief Executive of Statistics New Zealand. He also previously worked in senior management roles in the Department of Labour and the Treasury, and was a staff economist at the International Monetary Fund.

I think that the 40 odd % of the population who cannot afford a home and their parents would disagree strongly.

Jumping ship before it sinks...

How is the RBNZ going to sink?

Presumably by being held accountable.

I wouldn't think sh** will hit the fan in the short run but, it's certainly in the making.

It may not sink, but reputationally the ship is taking a battering from volleys. And rightly so.

Morally, would someone with a conscience want to be on board HMS Destroy NZ's Future?

Rats leaving the sinking ship was the first thing that came to mind after reading just the headline.

New Zealand has financial stability after his tenure?  Yeah right.

The incompetent blunder of removing LVRs should have been a career ending move.  Perhaps it was.

A housing bubble of epic proportions is not my definition of 'financial stability'.

So during his stint at the RBNZ, he has seen the OCR fall by 80 percent, outstanding mortgage debt to rise by 80 percent and to over 100 percent of GDP and the median house price to rise by a modest  125 percent and the value of housing to exceed 5 times that of this tiny nations  economy. Damage done .

Depends which side you are.

I wonder if he has received a job offer from one of the 'big 4' as reward for his services to their profitability?

The consulting opportunities will be there. He's never going to get the speaking fees that Yellen pulls, but it will be money for jam.

Could be that he objects to the implementation stricter LVRs which was also just confirmed. Or has fallen on his sword because of the threat to stability. The timeline fits.

"Our analysis indicates that house prices are above their sustainable level, and the risks of a housing market correction are continuing to rise. The proposed tightening of LVR restrictions will over time help reduce the number of highly leveraged borrowers and help to build resilience in the financial system,” said deputy governor and general manager for financial stability Geoff Bascand.

"Staff economist at the IMF" = 'Servant of the money changers'.

Hope they appoint someone with some vision that can lead NZ out of our debt trap and servitude to our Australian owned banks, or is it too late.

Does it matter.....one goes and another comes and next may be worse just like Bill English went and Jacinda came ......need say more.

Need change to the thinking process and the way they all function .......Birds of Feathers Flock together and not to forget that Kingpin is.........

Flashback 2017: "I don't accept that our teachers, nurses, and police officers can't get into their first home... I do not accept that is the future of this country" - Jacinda Ardern 4/7/2017

It's tragic our mainstream media won't do their job and crucify her over the many things she lied about to get herself and her grubby people into power.

But she said she never lies:)

She's been at least as damaging as Key

But she said she never lies:)

That was a lie.

Perhaps without him, the economy will be worse off than it is right now and the queue at WINZ will be much longer.

People should lose their negativity in life, I cannot imagine how anyone can live a meaning life when their view of everything else in the world is inferior to their own contrived utopia.

Perhaps without him, the economy will be worse off than it is right now and the queue at WINZ will be much longer.

It possibly would be worse in terms of unemployment if the RBNZ hadn't taken the actions they have. Then again, who's to say that the govt's fiscal actions haven't been more effective. We don't know.

But what we do know is that the purchasing power of younger people's incomes have been drastically debased and we no longer really know what the price of money is.

I would hazard a guess that the govt's fiscal actions have contributed between 60-70%, the OCR cuts to the balance. But as you and others highlight, at quite some cost....

It's pretty easy to be positive in life when you are getting money for nothing, if you own your own property (or more).

And on the other side, it's pretty easy to be negative when you are desperately trying to save for a house, but the reckless actions of those in charge destroy your savings, essentially devaluing your work.

It shows someone that has zero empathy to tell those experiencing housing stress to "just be positive".  "Oh dear, you live in a garage with others and have to work 2 jobs just to feed your kids? Just be positive!" - I pity you.

And on the other side, it's pretty easy to be negative when you are desperately trying to save for a house, but the reckless actions of those in charge destroy your savings, essentially devaluing your work.

Well let me suggest to you that this is possibly just one negative implication. Listen to the old farts squeal when councils do anything to raise rates based on property values. Yes, the negative impacts are weighted towards young people, but the potential problems could be very widespread. The central bankers have traded off the long term for the short term. I personally think that things are not as financially stable as people believe: that includes among the experts. I don't know what the catalyst is for it all to go tits up. But my intuition tells me that all is not good for financial stability.

Gah. I have been saying consistently that we should be looking out for the RBNZ leadership leaving as an indicator when the game is up. They have the data, when they see things turning ugly, they will jump to escape blame. Particularly someone with a statistics background and if there is no reason given for departing.

Next up will be Orr.

I tend to agree. If it were all beer and skittles, I very much doubt he would be leaving. Furthermore, I don't think it's particularly honorable for these people to pull up stumps at such a desperate time in our economic history.

For all we know he could have been the lone voice trying to keep LVRs in place and not go crazy dropping interest rates.

Probably, he always looked uncomfortable talking about their plans & why they've done what they've done...

He has been interviewed several times since and has repeatedly stated that he has zero regrets about his removal of LVRs and the other reckless actions he took to deliberately pump house prices.

Therefore, one can assume he isn't lying awake at night concerned about the welfare of his victims or the generations of kiwis he has screwed over.

Even if he is lying awake at night, it won't be in his car