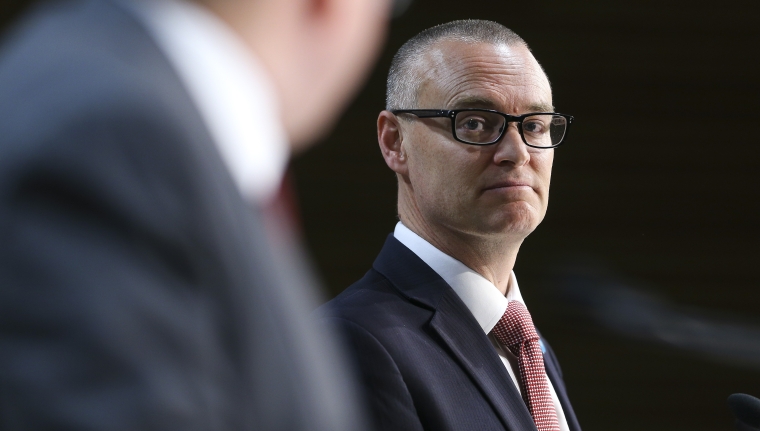 The mortgage broker, who petitioned the Government for a reworking of the recently updated Credit Contracts and Consumer Finance Act (CCCFA), is “pleasantly surprised” by its response.

Squirrel Mortgages CEO John Bolton said changes the Government is proposing to make to the rules, aimed at protecting borrowers from predatory and irresponsible lending, mark a “significant” step back to what they were like before a major review saw them tightened.

“It’s back to the future,” Bolton said.

Commerce and Consumer Affairs Minister David Clark on Friday morning unveiled a set of proposed changes (see below) to regulations and the Responsible Lending Code, which took effect on December 1, 2021.

The Ministry of Business, Innovation and Employment (MBIE) will now consult with the industry on the proposal. Initial changes are expected to be made by June. The Council of Financial Regulators, which includes representatives from MBIE, the Financial Markets Authority, Treasury, Reserve Bank and Commerce Commission, will keep investigating issues around the CCCFA more broadly.

The proposal sees some aspects simply clarified and others completely amended.

“It’s very nuanced. It was very easy to get it wrong. While these changes don’t sound that big, they are.”

More a matter of clarification than wholesale change

She maintained that while the rules may have gone a bit far, the problem was mainly lenders’ interpretations of them. Accordingly, she said providing clarity would help.

However, Matthews believed banks hadn’t been sufficiently cautious before the CCCFA was amended, and the tightening of credit conditions we’re seeing now go beyond the CCCFA.

She noted banks are being more cautious as interest rates are rising and house prices might fall from the elevated levels they’re at.

However, like Bolton, Matthews looked forward to seeing the details of the Government’s proposal. It only released a press release on Friday without supporting documentation.

Likewise, FinCap - an organisation that represents 900+ financial mentors - wanted to see more detail. It noted its members had seen benefits from the updated CCCFA to date.

FinCap policy advisor Jake Lilley said, "Too often financial mentors see lenders collecting on loans that were never going to work and immediately put a whānau on a difficult journey where it was hard to buy kai.

"Safe lending laws with affordability assessment financial health checks mean lenders cannot turn a blind eye to the harm they could cause or have caused."

The New Zealand Bankers’ Association (NZBA) welcomed the proposed changes, but noted a “one-size fits all” approach across all types of lenders “hasn’t worked so far”.

“We’d like to see the new rules work in a way that doesn’t restrict access to responsible lending for consumers who can afford it, while ensuring vulnerable consumers are protected from high-cost credit that may not suit their circumstances,” NZBA CEO Roger Beaumont said.

Bolton made a similar point, describing the rules as taking a sledgehammer to a pin.

The National Party likewise criticised the one-size fits all approach.

Its Commerce and Consumer Affairs spokesperson Andrew Bayly said a bill National had drafted for the Government would require the minister to issue separate regulations for different types of lenders. These would take account of their differing scales and risk profiles.

Here is a summary of the proposed changes - in Clark’s words:

Referring to the second bullet point, Beaumont said more detail was needed, as the “range of benchmarked expenses is very limited, and the regulations still require lenders to gather detailed information on outgoings”.

Referring to point number four, Bolton said, “That’s a huge change, because what it’s saying is the banks don’t have to go through the bank statements with a fine-toothed comb to validate people’s living expenses. They can trust what the borrow is telling them, provided that information is of sufficient detail.”

As for point number six, Bolton said this might prevent a borrower seeking a small amount of debt jumping through the same hoops as someone seeking a lot of debt.

Inflation now needs to be allowed for as well as higher interest rates.

On Friday it only released a press release without supporting documentation...

I reject the premise of that accusation!!!

I reject the premise of lots of loutish beer drinking and lots of non-PC drivel!

I wonder if the government will walk back all it's RMA density mandates once Aucklanders revolt in April/May when the council consults on the draft plan change?

This will make sweet FA difference to the volume of lending...as the kiwibank CEO said today , it will speed up approval for those 'worthy' borrowers...he made no commitment that anyone declined previously would suddenly qualify.

That is what people aren't getting, CCCFA didn't make banks do this. They are just reading the writing on the wall and trying to avoid a spiral into a subprime type crisis. CCCFA just became the convenient excuse as to why they were doing it.

Fact is, banks aren't being punitive and restrictive, rather people have gotten use to frivolous and risky lending in a run away market.

Probably the announcement of a future announcement is just a can-kick to provide breathing space while they concentrate on the Budget (remember that?) and anxiously poll the bejesus out of their focus groups to try to get a handle on how much more debt-fuelled spend they can jam in before they all turn into pumpkins....