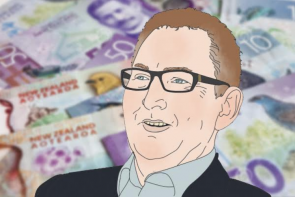 The Reserve Bank is again flagging its lack of resourcing.

However Finance Minister Grant Robertson isn’t making promises the RBNZ's coffers will receive a boost, saying the matter will be addressed in Phase 2 of the Reserve Bank Act review currently underway.

Presenting the RBNZ’s annual report to the Finance and Expenditure select committee on Wednesday, Orr explained how the Bank’s funding set-up is such that he essentially has to write a letter begging the Government for funding on the back of a cheque he sends it.

The long-standing model caps the revenue the RBNZ can keep at a level specified in an agreement made with the Finance Minister every five years. Any revenue it makes above this has to be paid to the Crown.

The RBNZ accordingly paid the Crown its third ever largest dividend of $430 million in the 2017/18 year.

While a favourable exchange rate boosted its revenue in 2017/18, it still wasn’t able to get the manpower the IMF, in a 2017 review, warned it desperately needed.

The RBNZ is three-and-a-half years into its current agreement. It is funded by bank deposits, government deposits and loans, bills, notes and coins it issues, and its net assets/equity.

Robertson: The RBNZ's 'not unlike any other agency' after more staff

Deputy Governor Geoff Bascand, in a speech delivered on November 13, acknowledged the RBNZ was keen to use the Reserve Bank Act review to secure additional funding.

A spokeperson a few days later explained to interest.co.nz: "In short, we are a net contributor to Crown revenue rather than a cost, and we’ve asked if we can hang on to a little more of what we make in order to fund extra work."

Orr in the select committee again pointed out the limitations of the five-yearly model, saying a “phenomenal” number of “unanticipated” events had happened in the last five years, and the same would be the case in the next five years.

When asked by media, Robertson avoided commenting on the specifics of the RBNZ’s funding model, saying he would wait for the outcome of the Reserve Bank Act review.

He did however say: “I’ve certainly heard issues around Reserve Bank staffing raised from time-to-time. We’re taking a look at that. They’re not unlike any other agency. They’re always on the lookout for additional staffing.”

Orr in the select committee said under-resourcing would show up in a time of crisis, so now’s the time to get things sorted.

He alluded to a lack of resource seeing the RBNZ prioritise its oversight of the big banks that affect the stability of the economy, over insurers.

In fact, the RBNZ only has about 10 staff overseeing the more than 100 insurance companies it regulates.

“Dare I say it, it’s called prioritisation,” Orr said. “We have to risk weight our efforts…

“What we have to do is be prepared to manage failure well without it stopping the whole Bank… because it [the insurance sector] is such a small part of the total financial system and we have to manage our time to say, ‘That failed, they’re gone.’

“And that was the case [with CBL Insurance].”

CBL Insurance was in November put in liquidation further to it failing to meet solvency conditions, breaching RBNZ directives and misreporting to the regulator on an ongoing basis.

Its NZX-listed parent company, CBL Corporation, was put in voluntary administration and the trading of its shares was suspended in February. It had a market capitalisation of $747 million at the time.

Orr said: “These companies can come and go and fail. It doesn’t bring the system down, but it does come potentially at the cost of shareholders and also consumers. That is the caveat… we have to make sure people understand the risks.”

The RBNZ has commissioned an independent review of its handling of CBL Insurance. The terms of reference are due to be released soon.

The Reserve Bank Act review also considers whether prudential regulation should remain within the RBNZ’s remit.

The RBNZ’s funding model will be shaped by the design of its remit.

Asked which model he preferred, Robertson said: “I wasn’t proposing any wholesale changes, but we wanted people to make any arguments that they would about separating out different powers.

“We’ve got to make sure prudential regulation is done in the most effective and efficient way. That’s why we’re doing the review.”

Adams and National’s associate finance spokesperson, Andrew Bayly, did most the heavy lifting probing Orr in the committee on the RBNZ’s resourcing.

Adams later took the opportunity to criticise the Government, saying: “They’re [the RBNZ] a cash cow for the Government right now and yet they’re not being given the resources they need.”

So partially by 'our' deposits re-cycled to the RBNZ. Why not allow us to fund our Central Bank directly; cut out the middlemen? Allow any tax paying NZ citizen to conduct a call account directly with the RBNZ? No frill attached - just a call account?
It reverses the process - if the banks want our money, they have to outbid the RBNZ to get it, and if that fails the retail banks can borrow 'our' money from the RBNZ? That's what the OCR is for.

Come on, Adrian! Let us have a sovereign guaranteed safe haven for those that want it!

If the RBNZ gets more people they can investigate more things. Cant have that! look what happened in Aussie when the regulators started digging deeper.

on a side note, I am really starting to like Adrian Orr. I think hes a damn lot smarter and more ruthless then us commentators give him credit for. I could see sometime in 2019 if the Aussie banks even start looking at plundering capital from their NZ subs that Orr will show his ruthless side.

We've got f... ...l control over our bank sector as it is. Give the RBNZ some teeth or create something else with some teeth, and quickly. I'm not sure time is our friend here.