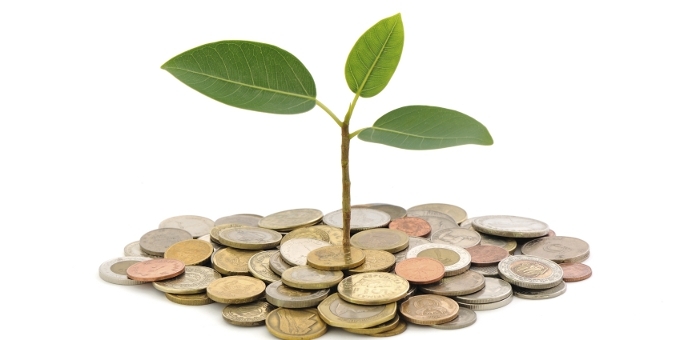 According to the World Bank more US$500 billion in green bonds have been issued globally since the market first began in 2008.

And the NZX says there were US$167.6 billion of them issued worldwide in 2018 alone.

But what are green bonds? What guidelines do those issuing them have to follow and what safeguards are there for investors?

The NZX defines them as bonds used to finance or refinance projects with clear environmental benefits. Like all bonds they are a form of debt and investors who buy them become creditors of the party issuing them. Investors are usually paid a fixed interest rate and are then repaid their initial investment, or principal, upon maturity. The yields on green bonds are often similar to so called vanilla bonds, but their environmental basis can offset a lower return and be the key motivating factor for the investor.

The Financial Markets Authority (FMA) is currently seeking to formulate a set of guidelines for green bonds and responsible investments in a bid to regulate the growing market. It has released a discussion document looking at some of the key issues with submissions due by October 24.

The FMA’s latest move has been welcomed by law firm Chapman Tripp which released a paper looking at the issue.

“This is timely as we expect demand to increase with the passage of the zero carbon legislation and as public anxiety around climate change increases. New Zealand is trailing behind comparable jurisdictions in our use of these instruments and it may be that part of the reason for this has been a lack of regulatory engagement. So we welcome this move,” Chapman Tripp says.

Since last year green bonds have been issued in New Zealand by a number of organisations, including Westpac, Contact Energy which has earmarked the funds for geothermal energy projects, Auckland Council for new electric trains and cycle ways, and Argosy Property for sustainable development.

In New Zealand such products are covered by the Financial Markets Conduct Act. But how an organisation issuing such bonds can or can't justify using the term green, ethical, or responsible isn’t legally defined.

These are all issues the FMA is grappling with as it seeks to come up with its guidelines.

“It can be difficult for investors to determine how responsible a financial product is. Without adequate disclosure it is difficult to tell whether an issuer has extensively validated their product’s features, or is overstating the greenness of their product (‘green washing’) to take advantage of market hype and investor demand,” the FMA says.

It says there’s also a risk of a mismatch between what investors think is meant by ‘green’, ‘ethical’, or ‘responsible’ and how issuers use those labels.

The FMA says there is a growing demand for responsible investment products.

“In response, issuers are now offering an increasing array of products. While the FMA supports the development of the market for these products, there are associated risks and issues to consider.

“These largely arise from the lack of common understanding of what makes an investment ‘responsible’. We are keen to benchmark what good conduct and good disclosure look like in the context of responsible investment, to ensure issuers focus on meeting investor needs.”

It says it wants to provide greater clarity to those issuing green bonds and other responsible investment products about what it expects. This will also ensure investors have a better understanding of what they are being offered and the risks involved so they can make informed choices.

The FMA says currently there are no requirements in New Zealand’s financial services legislation specifically aimed at green, ethical or other responsible investment products or services.

However, they are subject to the fair dealing provisions of the Financial Markets Conduct Act 2013 which are designed to prohibit misleading or deceptive conduct, false or misleading representations and unsubstantiated statements in relation to all offers of financial products and services.

Globally green bond offers are generally established under one of two frameworks — the International Capital Markets Association’s (ICMA) Green Bond Principles, or the Climate Bonds Initiative, an international non-profit organisation. They are intended to provide investors with confidence that the funds will be used in a green, or responsible way. They also provide external certification and ongoing oversight, generally through an external auditor. However, such frameworks are voluntary.

In July the Auckland Council announced it had raised $150 million in a green bond offer.

Under the council’s Green Bond Framework, money raised through such offers can only be used to fund renewable energy, energy efficiency projects, efficient buildings, waste management, and sustainable land use and low-carbon transportation. Auckland Council Finance and Performance Committee chairman Ross Clow said it was a new source of revenue that would help the city fund new electric trains and improve its cycle ways.

“There is a growing appetite for green investment – according to Moody’s Investor Service, the green bond market is tipped to hit US$200 billion this year – so it makes sense for us to use the opportunity to support our sustainable development targets and goals.”

While just last week the Reserve Bank of New Zealand (RBNZ) announced it had spent $100 million buying green bonds. RBNZ governor Adrian Orr said the investment was made via the Bank for International Settlements’ US dollar Green Bond Investment Pool, which was launched in response to growing demand for climate-friendly investments by the world’s central banks.

Green bonds and the World Bank

The World Bank issued the world’s first green bond in 2008 (worth approximately US$440 million) after being approached by a group of Swedish pension funds that wanted to invest in projects that would help address the impacts of climate change. It was in the aftermath of the release of the Intergovernmental Panel for Climate Change’s (IPCC) 2007 report on manmade climate change.

“In hindsight, the solution seems straightforward. Investors wanted a safe place to put their money and know that they were making a difference. The World Bank had environment projects to finance, a track record as a high-quality bond issuer, and the ability to report on the impact of its projects. But there was a missing link: how could investors be truly certain that the projects they were supporting addressed climate concerns?” The World Bank has said.

The World Bank says it consulted with the scientists from the Centre for International Climate and Environmental Research for a "credible view" on which projects would make a positive impact on the environment before issuing its first green bond.

“The World Bank green bond raised awareness for the challenges of climate change and demonstrated the potential for investors to support climate solutions through safe investments without giving up financial returns."

It says this early work also formed the basis for the ICMA's Green Bond Principles.

“It highlighted the social value that bonds could create and the need for a sharper focus on transparency.”

Flavour of the month

David Ireland is a partner in legal firm Kensington Swan and is an expert in financial services law. He also chairs the Code Committee appointed by the FMA under the Financial Advisors Act. Ireland describes green bonds as the flavour of the month.

“There is increasing interest in them and, more specifically, responsible investing,” he says.

Ireland says New Zealand’s green bond market is still in an embryonic stage. But even if it is still in its infancy he says there are still legitimate concerns around green washing, the practice of making unsubstantiated or misleading claims about the environmental benefits of a product, service or organisation.

“There is this concern and we already see it with socially responsible investing because it’s such a nebulous concept. At what point is something a green bond, or does it just have a green tinge?

“It’s part of the equation and the concerns that the FMA is looking at. It’s something where the FMA’s guidance is going to be positively received,” he says. “If nothing else what it is doing is raising a flag and saying we do have some concerns.”

He says while there are already international guidelines, such as the ICMA’s Green Bond Principles, or the Climate Bonds Initiative, the FMA appears to be trying to set the groundwork for a local framework.

“What I do like is that the FMA is coming out of the closet and saying 'this is what we expect you to do.' So I see it as more positive than not. And the FMA is giving participants a chance to provide their feedback.”

Ireland says he doesn’t know if it requires legislation.

“I’m not convinced we would need an amendment to the Financial Markets Conduct Act,” Ireland says. “It would just create more work for lawyers.”

But he says that doesn’t mean market players could afford to ignore the FMA’s guidelines.

“They wouldn’t have the force of law, but they would be highly persuasive. You ignore guidance from a regulator at your own peril and you could expect a please explain conversation with the FMA.”

The World Bank’s director of financial advisory and banking Marcelo Giugale outlined some of the potential pitfalls of such investments in an article last year titled The Pros and Cons of Green Bonds.

“A growing number of investors wish to make profits and do good at the same time. They want their portfolios, or part of their portfolios, to be “ESG” - that is, to support environmental, social, and governance causes.”

Someone buying green bonds may do so on the grounds that the money raised will be used to instal solar panels, which shows that their investment will have a positive impact on the environment.

“That, in essence, is the insight behind “green bonds”. Or “social bonds”, to help the poor. Or “blue bonds”, to protect coral reefs. The possibilities for these thematic bonds are endless.”

But he says it’s not always that straight forward.

“You may think that you are financing the purchase of solar panels but, if the borrowing government or corporation already has the money to pay for those panels, you would be freeing its own resources to do something else. Green bonds may in fact finance national monuments or company cars. Hopefully, they won’t. But you cannot rule it out if you do not see the entire expenditure plan of the borrower, before and after you lend.”

And it doesn’t stop there.

“A government may commit to larger spending on a worthy item, like cleaning up polluted beaches. But, if it also has a ceiling on its budget deficit—which it may need to keep the economy in order - forcing more expenditure on beaches could come at the cost of cutting down on, say, sanitation. Whether that trade-off is right or wrong is better decided by parliamentarians, not financiers.”