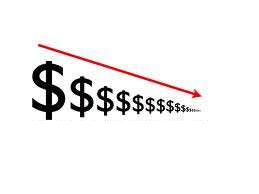 The Rabobank bonds, from a conservative European bank with the highest possible AAA credit rating (since downgraded to AA), came at a time when the finance company dominos had started falling and news bulletins were increasingly featuring the words "US subprime mortgage market."

Rabobank's chief financial officer Bert Bruggink, who was in New Zealand promoting the offer five years, ago said at the time the offer had been on the drawing board for a year, that he hadn't heard of subprime mortgages until recently and there were none on Rabobank's books.

Hence Rabobank, with an initial interest rate set in October 2007 at 9.482% being a margin of 76 basis points over the one-year swap rate, received huge demand for its bonds, which were sold in retail investor friendly minimum parcels of NZ$5,000. Ultimately NZ$900 million worth were sold, including NZ$500 million worth of oversubscriptions, in New Zealand’s largest ever non-Government debt issue. It was a deal that surely had champagne corks popping in the offices of the issue's arranger Credit Suisse and joint lead managers First NZ Capital and ASB.

Pushing 8.7% when the Rabobank bonds were issued five years ago, the one-year swap rate has been as low as 2.54% recently and was most recently at about 2.61%.

Here's a table setting out the interest rate's downward trajectory since 2007.

The interest rate on the Rabobank bonds will be reset annually on October 8 through until 2017 at the 76 basis points margin over the prevailing one-year swap rate. After that, it will be reset quarterly at the same margin over the prevailing 90-day bank bill rate. Rabobank has the discretion to call these bonds in October 2017 being 10 years after the original issue date.

The bonds are tradable on the NZX debt market where they're currently valued at NZ$79.7 per NZ$100.

It was a deal that surely had champagne corks popping in the offices of the issue's arranger Credit Suisse and joint lead managers First NZ Capital and ASB.

Not to mention Rabobank - debt trading at 80 cents in the dollar when you have the buck is a mighty fine place to be. Get me a deposit with that bank!

I guess the underwriters should have sought investors with the ability to undertake duration matched credit adjusted hedging - even a long rolling T10 note futures position just matched to the principal bought would have helped.

There again perpetual bonds are never a suitable investment for human beings  - it's the old story of death and taxes - someone should have known better.

Just another example of GREED, which was a popular pastime up till 07/08....then 9.48% was a really good return....so no one looked at the fine print of the deal - YEAH RIGHT!

It was a great then especially for those who got their dollars out of crashing finance companies to get into this investment!

Stay liquid and simple, or have I been to stupid compared with these other folk!