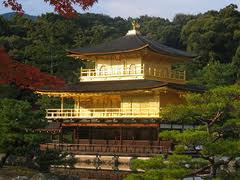 BNZ, which was the first New Zealand bank to issue covered bonds two years ago, says it has again blazed a fresh trail for New Zealand bank funding by borrowing 25.5 billion yen (about NZ$388 million) in the largest ever euro-yen senior bond issue by a New Zealand bank.

The issue is "significantly" bigger than any previous yen denominated debt raising by a New Zealand bank, BNZ says.

The five-year senior bonds were issued to Japanese institutional investors in yen with euro-yen the term given for ordinary medium-term notes using English documentation. ANZ has previously borrowed 17.7 billion yen in a yen denominated issue, believed to be the previous biggest by a New Zealand bank.

"I think that transaction (done in July), getting a benchmark trade that has got lots of liquidity, will really help Japanese investors," said Christie. "It was always our aim to put a large transaction into the market so there was liquidity, which means you'll get a number of small buyers come into the market next time you issue."

"It will help the other banks as well going forward, (and) it will help New Zealand because it will be another funding source for New Zealand's growth in the future."

Asked whether BNZ planned to tap this market again soon Christie said the bank's treasurer, Tim Main, and new chief financial officer, Adrienne Duarte, are travelling to Japan in December to meet with investors, hinting another such debt issue may not be too far off. Christie is returning to BNZ's parent National Australia Bank to be chief financial officer of its wealth unit - MLC - after five years at BNZ.

However, it's likely to be pretty low given the Bank of Japan's benchmark interest rate, the equivalent of the Official Cash Rate, is between zero and 0.1%. The Bank of Japan this week also announced it was expanding its asset-purchase programme for the second time in two months, this time increasing the fund by 11 trillion yen to 66 trillion yen with Japan's economy continuing to struggle. The Japanese central bank is also offering unlimited loans at low interest rates to banks to try to boost credit demand among companies and households.

BNZ has also borrowed 675 million Swiss francs (about NZ$881 million) through three retail bond issues so far this year, in another country where the OCR equivalent is zero.

"The Swiss market has always been a good market for us. Swiss banks tend to like double A (credit) rated institutions, and fortunately being one of the very few  double A rated institutions globally, there has been a real appetite from Swiss investors who want to participate in double A issues by financial institutions," said Christie.

BNZ has an AA- credit rating from both Standard & Poor's and Fitch and an Aa3 rating from Moody's.

Christie said BNZ has pre-funded NZ$800 million, or about half, of its 2013 financial year funding requirement.

"We saw some great market opportunities and took advantage of that," said Christie.

In its annual results announcement BNZ said it had been able to "maintain" its cost of funds. Christie said retail deposit rates had got more "rational" in the second-half year, and wholesale funding costs had "evened out", driven by both the cost of funds and spreads narrowing on the currency swaps used to convert money raised by New Zealand banks overseas into the New Zealand dollar.

Earlier this year Jason Wong, the Reserve Bank's head of financial markets intelligence, said, given the volatility in Europe, when banks were issuing long-term debt overseas, their cross currency basis swap agreements to convert the money into the Kiwi, were effectively adding another 100 basis points to the cost of the money borrowed.

However, Christie says this cost has now "normalised" over the last four or five months.

Christie said BNZ's core funding ratio was now at about 84%, which is well above both the Reserve Bank mandated current 70% minimum and the new level of 75% set to be introduced from January 1.

"We've probably been the most active (New Zealand bank) in diversifying our funding sources," added Christie.

Introduced in April 2010 as a move designed to reduce New Zealand banks' reliance on short-term overseas borrowing, the core funding ratio sets out that banks must secure at least 70% of their funding from either retail deposits, or wholesale sources such as bonds with durations of at least a year. The Reserve Bank lifted the core funding ratio to 70% from 65% on July 1 last year, and will increase it again from January 1, 2013. ANZ last week said its core funding ratio was 87.6%.

Since first issuing covered bonds in June 2010 BNZ has borrowed a total of about NZ$4.4 billion through covered bonds, equivalent to 6% of its NZ$73.1 billion worth of total assets.

For the banks, covered bond borrowing generally comes cheap, not withstanding they have to convert money raised overseas into New Zealand dollars, because covered bonds generally attract the highest possible credit ratings from Fitch and Moody's being AAA  and Aaa, respectively.

That's higher than the big four New Zealand banks' own AA- rating from Fitch and Aa3 from Moody's and comes because these bonds are deemed to be of low risk to investors because covered bond holders have both an unsecured claim on the issuing bank and a secured interest over a "cover pool" of residential mortgages.

In the most recent covered bond issue by a New Zealand bank, ANZ borrowed €750 million (about NZ$1.2 billion) through a five-year covered bond issue in September. It's paying investors a coupon of 1.375%, with the issue priced at 43 basis points over the euro mid-swap rate.

The Reserve Bank says banks can use up to 10% of their total assets as collateral for covered bonds, but expects this means they won't actually go above 8% so as to be extra careful not to inadvertently breach the regulatory limit.

They expect us to celebrate that they are causing us to be another $400 million in debt; and that the exchange rate will take yet another upwards hit to let them and the Japanese investors to get a free gift from the people of New Zealand, as Gareth Morgan aptly described it.
it will help New Zealand because it will be another funding source for New Zealand's growth in the future."
I believe they are frankly being deliberately disingenuous when they say this. They know full well it will in the end be blown on consumption; and in the meantime help destroy yet more exporters, import substituters, tourism and so on.
The prime fault lies with the RB and government for allowing/ encouraging this banking system, but let's at least be honest about the effects.

"another funding source for New Zealand's growth in the future."

Gareth i think you need to go back school, comparing benchmark rates does not provide an indication of the cost of funding. Try running them through the bloomberg swap pricer.

Don't have Bloomberg KK. Are you suggesting banks can't borrow cheap in Japan and Switzerland?

it all depends what you call cheap funding

Yep, but when the BNZ CFO says "We saw some great market opportunities and took advantage of that", they clearly saw it as pretty good.

Why won't Mr Christie disclose the interest rate BNZ is paying for this 5 year Yen issue?
How are creditors of BNZ, i.e. term deposit holders, supposed to gauge the risk of thier unsecured loans to BNZ, without full disclosure of the terms BNZ are paying.

Every new covered bond issue  , furthur pushes vanilla depositors down the queue in terms of security of the loans to BNZ.

Long term outlook is that Japan will one day go bankrupt.