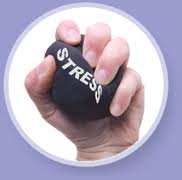 The Reserve Bank is warning the big banks that if a serious global downturn were to hit the New Zealand economy they would be expected to bolster their capital positions rather than slash new lending.

In its latest Financial Stability Report, the Reserve Bank says it collaborated on stress tests with the Australian Prudential Regulation Authority, which included the local subsidiaries of the big four Australian banks - ANZ, ASB, BNZ and Westpac.

The scenario for the testing covered three years from September 2011 and was based on a "disorderly" resolution of the European sovereign debt crisis. This saw two main impacts on New Zealand, with the first being weaker global economic growth, featuring a material slowing of the Chinese economy, with this assumed to deliver a 40% fall in international prices for key New Zealand commodity exports.

Secondly, wholesale debt markets where New Zealand's big banks obtain a significant chunk of their funding, were assumed to freeze for six months, similar to what happened after Lehman Brothers collapsed in 2008.

"The net effect was a severe domestic recession in New Zealand, with a cumulative output loss of 4% and unemployment peaking at 11.4%. House, farm and commercial property prices were all assumed to fall by about 30% from their September 2011 levels," the Reserve Bank says.

When banks modelled the effects of this scenario without including any management action to mitigate the impact, the Reserve Bank says the combination of credit losses and lower net interest margins resulted in the banks recording losses in all three years.

That said, the Reserve Bank acknowledges that faced with such a downturn the banks would take a range of actions to shore up their balance sheets and limit losses. The banks told the Reserve Bank the management actions they would take included increasing interest rates on loans and reducing them on deposits, resulting in 50 basis points increases to average net interest margins, injecting new capital to boost capital ratios, and a "marked reduction" in new lending.

The impact of this was to return the banks to profitability during each of the three years.

"However, the proposed reduction in lending would be difficult to achieve, particularly for business lending categories," the Reserve Bank said.

"Farm lending was projected to fall by just under 15% in aggregate, and commercial property lending by over 25%. If such a deleveraging was attempted, it could be self-defeating as the resulting weakness in asset markets and worse macroeconomic outcomes would likely result in further loan losses."

"Instead banks would be expected to restore capital ratios either through capital injections, if possible, or organically through retained earnings over a longer period of time."

The Reserve Bank says it wants to extend future stress tests to other New Zealand banks.