BNZ September quarter profit tumbles, residential mortgage growth behind only ANZ and ASB, but is outstripped by business lending growth 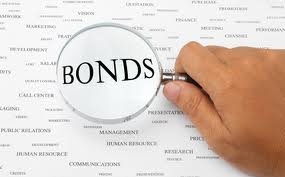 BNZ's September quarter profit tumbled NZ$233 million, versus the same quarter of last year, as the bank took a hit on its offshore fixed interest rate debt issues, including covered bonds. Meanwhile, the bank grew home loans by NZ$207 million in the quarter, a figure topped by only ANZ and ASB.

A BNZ spokeswoman told interest.co.nz the main reason for the loss on financial instruments this time around was due to fixed interest rate debt issued by the bank, where BNZ credit spreads have contracted "markedly" during the year. She said the main drivers were the bank's €1.5 billion worth of covered bonds issued, plus an unsecured €750 million debt issue, and two smaller Swiss franc issues.

BNZ was the only one of the big four banks not to post record annual net profit after tax this year, with its profit falling NZ$91 million, or 14%, to NZ$580 million. As of September 30, BNZ had covered bonds on issue with a face value of NZ$4.275 billion, which is significantly more than the other banks. The covered bonds are secured by housing loans and other assets valued at NZ$5.467 billion.

Meanwhile, BNZ grew residential mortgages in the quarter by NZ$207 million, based on the on-balance sheet disclosure in its loan-to-valuation -ratio (LVR) disclosure in the GDS, to NZ$28.148 billion. It's the last of the banks to reveal September quarter figures, and came in third behind ANZ's NZ$904 million and ASB's NZ$318 million. Kiwibank grew home loans by NZ$171 million and Westpac by NZ$90 million. See more on quarterly mortgage growth of the banks here.

The LVR disclosure shows BNZ grew home loans in the 80% to 89% and 70% to 79% LVR categories, but shed them in all other categories, including on loans with LVRs above 90%.

Total shareholder's equity increased NZ$30 million to NZ$5.277 billion, with the bank's leverage ratio - the number of times assets exceed shareholder funds - unchanged at 13.9 times. BNZ's tier one capital ratio, representing shareholder's funds, rose to 11.26% at September 30 from 10.43% at June 30, and its total capital ratio rose to 13.29% from 12.72%. At those levels the bank is comfortably placed for the introduction, by the Reserve Bank, of its Basel III capital adequacy reforms.

Makes you laugh - a deterioration in the bank's credit outlook leads to an increase in profit due to lower mark to market liability for it's outstanding publicly quoted debt.

Is management rewarded for bringing the bank into disrepute at the expense of depositors security?

Or are they doing so anyway and it's just a bit unfortunate that HY risk premiums compressed recently, in response to foreign central bank liquidity injections?

Hands up who didn't see this coming?  Those with hands in the air may leave the class, there is no hope for you.

Issuing covered bonds with fixed rates of interest in foreign currency when the NZD is at an historical high = genius move.  If the contraction of credit spreads has hit the bottom line this hard, how will it fare if/when the NZD moves lower?  Or are we counting on the big boys to keep playing the fiat printing game and thereby maintain our dollar at these levels?  Damn it must feel good to be a banker.

Am i surrounded by idiots, does no body understand how accounting rules are applied to bank debt. The NZ banks are required to mark-to-market their debt (fixed and floating) (i.e. you have to value something as if you are going to sell it today), even though the majority of debt outstanding cannot be repurchased before maturity . This valuation generates a non-cash movement through the p&l either up or down depending on when the banks issue debt.

Too keep it simple:

- its not a real profit, just a stupid valuation requirement under accounting rules.

- it doesnt mean anyones deposits are safer or not.

- it doesnt mean banks can lend more or les

No Shit Sherlock - but it might mean management can claim higher bonuses while they are borrowing more to pay the dividend. - while kidding the retail depositor all is cute - and don't tell me it hasn't been done before - been there worked there - positive NPV's for 10 yr swap books that became eligible for bonus calculations, whilst ignoring the not so profitable trades.

It's still legal in the US and approved by the Comptroller of Currency for a bank to mark an  asset losing value as 'available for sale' and that so called 'marked-to-market' thingy immediately reverts to historical cost. I am not so sure such practise is outlawed in NZ.

Mostly good news it seems to me. Paper losses they may be, but if the losses discourage the bank from using offshore funds in future, then all good by me. That should put less pressure on the exchange rate than would otherwise be applied by further borrowing offshore. The increased deposits presumably mean more saving by NZers, which also seems a good thing. Am not really advocating real austerity by the government, but if they also funded their debt needs locally, then the exchange rate would correct itself relatively quickly. (and that would in my opinion have a virtuous cycle of improving the local economy sufficiently that the government's total debt needs would reduce, but that is another story.)

By the by, for those who know the finer details of how the banks borrow offshore, is the reduction in credit spreads they talk of merely a difference in margin as interest rates have come down, or does that imply that the BNZ/NAB have taken the exchange rate risk on these loans?