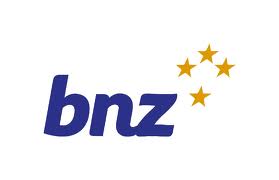 The Bank of New Zealand (BNZ) grew lending to businesses by more than any of its rivals in the September quarter, during which the bank also posted a near 11-fold profit jump.

Based on figures taken from BNZ's General Disclosure Statement (GDS) for the year to September 30, the bank grew non-housing term loans by NZ$496 million to NZ$26.13 billion. That outpaced its NZ$305 million rise, to NZ$27.38 billion, in housing lending. It was also ahead of rivals' lending to the business sector.

Meanwhile, BNZ's September quarter profit soared to NZ$285 million from just NZ$26 million in the same period last year. A NZ$197 million contribution from gains minus losses on financial instruments - such as hedging, foreign exchange and fair value of financial assets and liabilities - versus a loss of NZ$104 million from these activities in the September quarter last year, was a major factor.

The BNZ spokeswoman said the overall movement for the quarter in "gains less losses on financial instruments at fair value" was predominantly driven by unrealised fair value gains stemming from BNZ’s own issued bonds and notes. She attributed this to the widening spreads resulting from growing concerns over European sovereign debt. This helped drive a NZ$319 million, or 98%, rise in BNZ's quarterly total operating income to NZ$643 million.

Another factor in the bank's improved profitability was a NZ$20 million, or 9%, drop in operating expenses to NZ$195 million. Impairment losses on loans fell NZ$14 million, or 27%, to NZ$38 million.