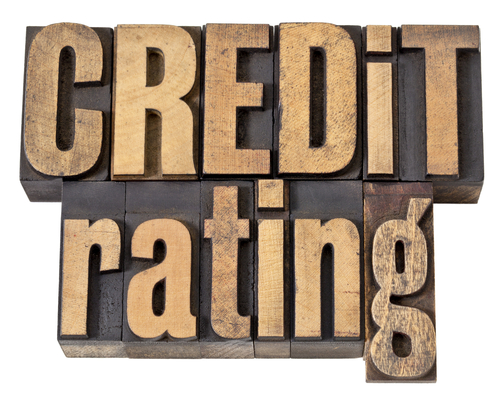 International credit ratings agency Standard & Poor's has cut both the long and short term credit ratings for the Christchurch City Council in the wake of the building consents fiasco.

Even worse for the council is the fact that S&P has retained a "negative" outlook on it, meaning that future downgrades can't be ruled out.

"The downgrades reflect the emergence of significant issues regarding CCC’s building consenting process, and the departure of multiple key staff. As a result, we have lowered our assessment of CCC’s political and managerial strength," Standard & Poor's credit analyst Claire Curtin said.

"Furthermore, the appointment of a Crown Manager reinforces our view that the New Zealand government (the Crown) is driving the reconstruction of the Canterbury region, of which Christchurch is the major city, and raises questions about CCC’s management strength, and whether further issues will emerge."

The news from S&P came as the Government today announced the appointment of Douglas Martin as the Crown Manager for Christchurch City Council’s building consenting functions.

“Mr Martin is well qualified to undertake the role of Crown Manager. He is one of New Zealand’s most experienced and respected advisors on improving the performance of public sector agencies in New Zealand,” says Canterbury Earthquake Recovery Minister Gerry Brownlee.

On July 1, 2013, International Accreditation New Zealand (IANZ) announced that it would revoke CCC’s building consent authority effective July 8, 2013. Prior to this move, IANZ had indicated its concerns about CCC's consenting process, requiring the council to address these issues to maintain its accreditation. Although CCC had addressed some of these matters, IANZ had significant areas of concern remaining. CCC announced on July 3 that it would ask for a Crown Manager, which the Crown has subsequently appointed, to oversee its consenting area.

S&P's Curtin said that on June 28, 2013, CCC reached a cost-sharing agreement with the Crown regarding earthquake repair expenditure, covering damaged roads and underground infrastructure as well as the city’s large reconstruction “anchor projects”.

This was a positive development for CCC, formalising arrangements with the Crown and providing greater clarity and certainty, but is not expected to significantly lessen the peak of CCC’s debt burden.

"We continue to expect that debt will rise significantly and likely peak at less than 180% of revenues, as capital expenditure occurs somewhat more slowly than forecast by CCC. Reconstruction costs are being funded through the reallocation of the capital budget as well as debt funding and special rates levies. An increase in CCC’s debt burden beyond our expectations could arise from project cost escalation, legal payouts, weakened revenues, a shortfall in insurance recoveries, or further seismic activity resulting in more damage to council assets," Curtin said.

"Contingent liabilities continue to weigh on the rating on CCC. We consider that legal risk is heightened further as a result of apparent consenting being not in compliance with New Zealand’s building codes. Insurance remains difficult to source, and further damaging seismic activity could have significant adverse financial impact on CCC as well as set back the rebuild."

"CCC’s budgetary performance and budgetary flexibility have been weakened by several major earthquake events since September 2010. We expect that CCC’s operating balance will average in excess of 5% of revenues, while the deficit after capital expenditure will remain more than 15% of total revenues in the medium term. We consider that CCC has a constrained ability to defer expenditure given the significant reconstruction works required. "

Curtin said the institutional framework supporting the local government sector in New Zealand remains a supportive rating factor, reflecting our view of the system’s stability and predictability. CCC is receiving significant financial support from the Crown following the earthquakes, and we expect the support to continue.

The negative outlook reflects S&P's views that there could be additional downward pressure on the rating from:
• The potential emergence of other management or governance issues;
• Possible impact on CCC’s insurance and insurability arising from the building consenting issues;
• Uncertainty around the risk of legal action against CCC, either from building consenting issues or earthquake-related legal actions taken against it; and
• The risk that CCC’s debt burden could exceed 180% of consolidated revenues and/or that its interest expenditure may rise above 9% of revenues.

"The outlook could be revised to stable when we consider that negative uncertainties have receded or been addressed, combined with greater confidence that CCC’s debt burden will remain less than 180% of revenues and interest expense less than 9% of revenues," Curtin said.

Under S&P's criteria for rating government-related entities, the rating on Christchurch City Holdings Ltd would need to fall to 'A-' before the rating on CIAL would be affected.

This is terrible news, now  the city's borrowing costs will go up , and the ratepayer will be further burdened.
Once again Govt dilly-dally and lack of a clearly articulated plan of action for Chch is going to  have far - reaching consequences for everyone concerned
When the second  earthquake occurred , I suggested ( on this site) that the city and central Govt set about raising money by issuing earthquake reconstruction Bonds ,  at the time we could do at 2% to 3% per annum , and we could not do that now .

Won't be long until the Govt announces that it is totally taking over Christchurch and appoint commissioners to run the Council - stops a Labour candidate becoming the mayor! It already runs ECAN and CERA....

The consents debacle has only made public what an awful lot of industry practitioners had known for decades:  a Council which was:

And now, with all the dirty laundry out in public, S&P has lowered the boom (you're permitted a small snigger here) and the CCC will pay dearly in coming years:

My, will their Planning Cube be humming this morning, as the minions, under the stern gaze of an Acting CEO and an imported Commissioner in all but name, are commanded to re-run the whole shebang under a number of new and very unfavourable scenarios and variables....to answer a very pertinent question:

What's all this gonna Do to us?

Ever practiced Zen meditation? You've got to let this go before you cause yourself an injury :-)

I have no doubt that CCC are having to face up to some ugly truths but they are probably not your ones, unfortunately. As usual I have my small list of corrections and alternative points of view:

Hey, I'm an Interested bystander in all this, having gotten out of TLA's when the late-80's amalgamations hit the sector, along with a whole buncha management fads-du-jour.

From which we are all still reeling.  It certainly took the 'Local' out of Local Gubmint.

Sorry to disillusion ya, K, but very far from all sewer pump stations had and have standby power.  Case in point:  Beach Road/Marine Parade.  Serves a good chunka Parklands, all of NorthShore/Waimairi Beach, North New Brighton (all gravity-fed into it).

How do I know?

I was one of three locals who on Feb 25 got sicka waiting for the CCC as sewage was backed up down at the low point in Waimairi Beach, thus showing the reticulation was OK there. We rigged a diesel pump in between the entry sump and the adjacent stormwater, rang the CoastCare ranger to tell him to get some signs up as we were gonna pollute his beach, and got verbal OK from the current wastewater engineer plus a promised PO for the pump hire.  Then hit the start switch, and for the next three months that pump kept all three suburbs running (in as far as the reticulation allowed) until a temporary pressure main was snaked up Beach road and the electrical pump could run.  Days without flushing loos - 4.  If we had waited for CCC -make that as many weeks.

And the main point about the downgrade is simple.

Higher costs all around, on a plan that is already nearing the limits of debt-to-revenue streams.

And it will be bringing home to the CCC that Ideas have Consequences.....

It certainly took the 'Local' out of Local Gubmint.

I could not agree more. I guess my entire schtick on this site is that councils are neither local nor democratic in the sense that almost everything they do is either prescribed by central government or is so tightly bound up in central government red tape that they effectively can't make any real choices for themselves.

Anyone thinking of standing in the local elections later this year should realise that they won't be councillors in the sense of true politicians they will actually be a combo of trustee for the billions of dollars of assets in LG ownership and a kind of ombudsman.

And my correction for David is:
CCC has not had its building consenting authority cancelled. The Building Act 2004 is categorical that all territorial authorities are building consenting authorities. If a deregistration of a territorial authority could occur (and the law does not allow for it specifically) it could only happen through the Minister.

You need to remember all councils operated for a couple of years (2004-6) without accreditation while they transitioned into the new scheme. There was nothing illegal about that.

More on this and David Martin's appointment here.