The post-GFC taxpayer umbrella is still preventing $3.47 bln of bank funds from getting rained on

The post-GFC taxpayer umbrella is still preventing $3.47 bln of bank funds from getting rained on 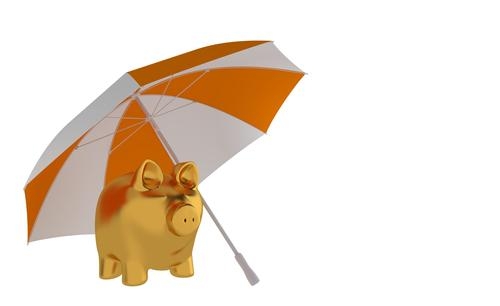 Taxpayers are still protecting the big banks to the tune of $3.47 billion more than three years after an official wholesale funding guarantee scheme ended.

The outstanding liability for wholesale bank debt under the Crown Wholesale Funding Guarantee Scheme is shown in the latest crown accounts.

The figure has dropped from $3.7 billion a year ago.

The accounts say that 13 guarantee certificates still remain in place for protected funds.

The good news for the taxpayer is that no provision has ever been made for Crown losses through the scheme and Treasury has said the probability of loss is considered remote, while Finance Minister Bill English has previously reckoned the Government would receive around $290 million in fees from the banks for it.

Launched by then-Finance Minister Michael Cullen at the height of the global financial crisis on November 1, 2008, the scheme was utilised by ANZ New Zealand, BNZ, Westpac NZ and Kiwibank, but not ASB.

At its peak in November 2009 the scheme was protecting some $10.7 billion.

Although the scheme was closed on April 30, 2010, bank debt issued under it continues to carry a taxpayer guarantee until it matures, with the last of this - US$71 million from ANZ - not due to mature until November 19, 2014. That's just after a taxpayer guaranteed A$250 million Kiwibank debt issue, the state owned bank's only issue under the Wholesale Guarantee Scheme, matures on October 20, 2014.

In terms of the retail deposit guarantee scheme, which has cost taxpayers something in the region of $1 billion, the latest crown accounts show that in the past year the Government got about $215 million back from finance company receivers. This leaves only about $39 million left that the Government is now still expecting to get back, from an expected recoverable balance of $39 million at the start of the financial year.

A little rain will fall

And from financial umbrellas to cases where real umbrellas were needed, the accounts show the Government's financial assistance package for leaky homes has a current provision of $123 million.

That's down from $189 million as of last year - but, interestingly, has sharply increased in the last month of the financial year.

The crown accounts for the 11 months to May in fact showed that the provision had shrunk at that point to just $97 million, well down on the $567 million it stood at in 2011.

At the time a Ministry of Business Innovation and Employment (MBIE) spokeswoman said: "The provision is a reflection of current demand and forecast demand, based on assessments made twice a year, by an independent actuary.

"The demand for the scheme is currently at lower levels than originally forecast. These forecasts are updated to ensure the Government is able to meet any change and can ensure owners of leaky homes have access to services and financial assistance as they need it.

"It is important to understand that if demand increases for the Financial Assistance Package the Government will increase its provision to ensure that funds are available to get leaky homes repaired."

And it is to be presumed that in the last month of the financial year there was indeed an increase in demand.

The full-year accounts show that the current provision of $123 million assumes that the package will be taken up for 2619 dwellings (2012: 3544 dwellings).

Meanwhile the Government's hoping no more provisions will be needed for its problem-child SOE Solid Energy.

In "subsequent events" note to the accounts there is an outline of the proposed restructuring of Solid Energy, including up to $155 million of taxpayer largesse.

The note says that the deal is expected to be finalised during this month.

"As a result of this agreement, the financial position of [Solid Energy] has been reported in these financial statements on a going concern basis and the assets have been valued, where appropriate, based on their value-in-use rather than disposal value," it says.

"Challenges, however, remain for the company, given the scale of restructure required and its inherent exposure to the USD coal price and USD/NZD exchange rate.

"The capital restructure is yet to be implemented and there remain certain risks, including that the agreement may be subject to dispute.

"Any further deterioration in the company's financial position, or amendments to the current agreement, may adversely impact the crown as it is unlikely to recover the carrying value of the assets in the event the company is unable to continue trading."

Now for something more cheerful

Given that after such a sober note it possibly needed cheering up, the Government's got substantial explanatory passages in the annual accounts detailing the receipt of proceeds from the partial sell-down of SOE Mighty River Power in May.

While the broad-brush figure at the time gave returns of $1.7 billion to the crown, the nitty gritty in the accounts shows that the gross proceeds were $1.685 billion, from which was deducted $22 million "direct costs of share sale" and $25 million for the costs of the loyalty bonus shares offered under the share float terms.

The accounts say that with the value of MRP's total net assets being $3.052 billion, the selldown represented an offloading to other parties worth $1.471 billion, but for which the Government actually received $1.638 billion, giving it a "gain" on the sale of $167 million.

This article was first published in our email for paid subscribers early this morning. See here for more details and to subscribe.