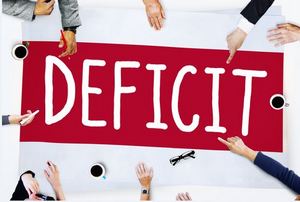 Treasury has reported that the Government's Budget deficit before external gains and losses was NZ$1.624 billion in the five months to November 30, which was NZ$383 million worse than expected and a turnaround from better than expected results earlier in the year.

Treasury said provisional tax receipts from companies were 5.0% or NZ$167 million lower than expected, although NZ$40 million of this related to timing issues. Income taxes from source (PAYE) were NZ$110 million or 1.0% lower than forecast because of seasonal issues and this was expected to reverse out in coming months.

Government interest payments were also NZ$110 million lower than expected because of a forecast that the interest payments would mature into interest bearing receipts, and therefore be reflected as a capital gain in the accounts rather than income.

Core crown spending of NZ$30.5 billion was in line with forecasts, as was the core Crown residual cash position of a deficit of NZ$3.1 billion.

The Government downgraded its forecasts for the current 2015/16 year to a deficit of NZ$401 million for the full year in its half yearly fiscal update (HYEFU) just before Christmas. The HYEFU also saw the Government increase its capital spending allowance by NZ$1 billion.

Finance Minister Bill English also dropped his hard target for a fiscal surplus and softened the Government's target of reducing net debt to under 20% of GDP by 2020 to just 'around 20%' by then. See our earlier article on the HYEFU.

The HYEFU also included a combined loosening of fiscal policy equivalent to 1.1% of GDP over the next four years.

English has warned in recent months that very low consumer price and wage inflation would make it harder for the Government to achieve surpluses as Government tax revenues tend to grow faster when nominal wages and prices grow fast, and vice versa.

Treasury said the result for the five months to November were in line with the results for the previous year.

Core crown tax revenues rose 3.4% in the period from the same period a year ago, while core crown spending rose 2.5%.

GST revenues were NZ$6.995 billion for the period, which were just NZ$6 million below forecasts.

Yet this data says the exact opposite

Are we being snowed?

Are we being snowed? I don't even know what that means, especially on a blistering hot day like today. Are we living in the fact free future? Absolutely. In fact, people want 'to be snowed' the snowier the better, case in point is our PM, who is a veritable walking snow storm. The most popular PM ever, and everyone keeps on voting for him, and all the snow he does.

You are dead right. It is the old accounting maxim, count the cash. Low taxes = low profits, wages etc.

be a lot less GST and duties collected with the falling petrol prices.

And maybe no tax at all from one of the main income stories of recent years, aka dairy farming. Our other growth story - Auckland housing, is generally a massive tax dodge, and the bigger the debts the less tax there is to pay.

and cigarettes, so many people giving up.. No more extra tax.

Not that many given up, not sure of percentages but when the tax went up on January the first the comments were "was the policy actually working at cutting smoking".

When they announced their so called "surplus" a few months, I was suspicious at the time that it may have been a smoke and mirror exercise so that they could claim that they achieved their budget surplus objective. At that time it was pretty obvious that we were facing significant head winds in the near future.

Perhaps he was referring to a "surplice or overslop"

Remember when National questioned Labour's huge surpluses that went into the Cullan fund and debt repayment, saying that Labour should instead give tax cuts? Since National gave those tax cuts they have been borrowing more and more and not contributing to the Cullan fund. Meanwhile taxpayers have put their extra few $ a week straight into Auckland property, and almost no one is any better off.
Remind me which party is the most economically conservative again? Or are National still blaming that recession that NZ mostly avoided all those years ago?

Good on ya, but I want to pay less tax. About time the government cut costs and downsized.

Message to Bill and John. "Try massaging these results for your State of the Nation"
Regrettably there are still those who like a smile (smirk?) and a wave (whoops, John the palm should remain on the under side of your hand)

and try to keep the wrist rigid

There is a nice graph towards the bottom of this page showing that government overseas debt has increased six-fold in 6 years under Key, from around 18 billion to around 120 billion.

Incredible. Is it true? I never realized that it was that bad, and they have squandered our state owned enterprises to boot. What on earth is wrong with the opposition. They haven't uttered a peep about this. It should have been sufficient to change the government.

"Finance Minister Bill English also dropped his hard target for a fiscal surplus."
Oh, good on ya Bill.
Why even bother with targets these days if there are no repercussions for missing them.
First the smug response yesterday in regards to Auckland residents' real wealth and now this.
It seems his "property market wealth effect" (idiotic fallacy) hasn't had any effect on balancing the books. Surprise, surprise.

They were so happy with the surplus at the time, you couldn't hear any of the National MPs speak without bringing it up at public appearances. They bent the figures to make the surplus happen.

It looks like 90% of the economy has been in a downturn for a while. They can't bend the numbers without fiddling the books to get a surplus now.

What you have pointed out is very important; there's a disconnect between their political beliefs and how to operate a functioning government. Making a small number of people wealthy does not increase the tax take, especially with no capital gains tax, or no wealth/capital tax for redistribution.

It is as if the the government has taken the floiride out of the water and replaced it with Prozac.
Dairy and Fonterra are about to implode,sub $4.00 payout,carnage coming.