Rabobank Nederland is redeeming its NZ$900m perpetual, resettable bond issue after a decade during which the interest rate paid to investors dwindled to 2.88% from 9.48%

Rabobank Nederland is redeeming its NZ$900m perpetual, resettable bond issue after a decade during which the interest rate paid to investors dwindled to 2.88% from 9.48% 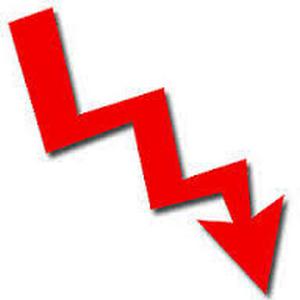 It almost feels like the end of an era.

Rabobank Nederland, the Dutch co-operatively owned parent of local rural lender Rabobank New Zealand, is redeeming NZ's biggest ever non-government debt issue. All $900 million of the perpetual, cumulative capital securities. This bond issue has served as a salutary lesson in the dangers of investing in perpetual securities with resettable interest rates. But more on that later.

"NZX Regulation advises that RBO [Rabobank Nederland] will exercise its right to fully redeem their perpetual cumulative capital securities ("RBOHA"). The final quotation date for RBOHA will be Monday, 9 October 2017," an NZX announcement says of the listed debt securities.

"The final day of trading in RBOHA will be Wednesday, 27 September 2017, prior to the bonds being suspended at close of business."

It seems more than 10 years ago that I, then as a Fairfax business reporter, trudged along to a briefing in the Auckland CBD where Rabobank's visiting chief financial officer Bert Bruggink was spruiking the bond issue. This was a time when local finance companies were falling like dominos and we were starting to hear about something in the US called subprime mortgages.

Thus Bruggink talked up Rabobank's conservativeness, as I reported at the time.

Mr Bruggink said the New Zealand securities offer had been on the drawing board for a year. He told Auckland brokers that he had not heard of subprime mortgages till recently. There were none on Rabobank's books.

Mr Bruggink said Rabobank should benefit from the global credit squeeze. A couple of months ago credit spreads had become so compressed that Rabobank's advantage over rivals with weaker credit ratings had been negated. This had now changed.

"The opportunities for us given the current market circumstances are probably better than over the last couple of years," he said. "Our maybe old-fashioned model works out in these kind of situations."

Peddled by Credit Suisse, First NZ Capital and ASB, the Rabobank bonds sold, like hot cakes, in retail investor friendly minimum parcels of $5,000. Undoubtedly the initial interest rate, set in October 2007, was a major attraction. It came in at 9.482%, being a margin of 76 basis points over the one-year swap rate. For those of us who can remember 2007, it was a time of high interest rates. Thus very different to today and most of the years since 2007.

Ultimately $900 million of the Rabobank bonds were sold, including $500 million worth of oversubscriptions. It was and remains NZ’s largest ever non-government debt issue.

But the frustration for investors has been the subsequent low interest rate environment, given the interest rate they're paid has been reset annually at the same margin of 76 basis points over the one-year swap rate. This is demonstrated in the table and chart below.

A positive spin on this bond issue could be that although the interest payments dwindled massively, undoubtedly to the chagrin of many investors, at least they're getting their principal back.

I assume that Rabobank is either scaling back business in NZ or has other sources of funds which are extremely cheap.

"Rabobank Global Medium-Term Note Programme" One assumes that with the ECB rates where they are, to answer your question - Yes!
https://www.rabobank.com/en/images/gmtn-2017-1st-supplement.pdf

At times, nevertheless, this issue was worth it on the secondary market in respect to yield, and especially, of course for those canny enough to purchase some months out from this redemption date. Wasn't me though, sadly.

Yes, well it's an example of our times... there is some solace in simply hanging on :-).