Harbour Asset Management sees rising business confidence and pricing power returning to many firms as core reasons why the RBNZ will be thinking an uplift in inflation is on the way
26th Jan 19, 10:09am
by Guest 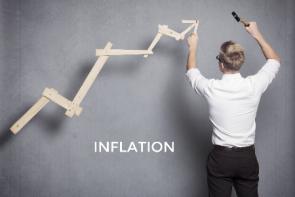 This week saw the release of NZ CPI inflation for Q4 2018.  While headline annual inflation measure remained below 2%, the details showed core underlying pressures a little stronger than expected and continuing to lift to target.

Rather than sparking any immediate change in policy direction, in our view, the CPI release will see the RBNZ continuing to “watch, worry, and wait”.

Leading into the CPI release, the market had been entertaining the idea of a 50% chance of a 25 basis point cut in the Official Cash Rate (OCR) by March 2020. That had been driven by the balance of news since the November Monetary Policy Statement (MPS), including falling oil prices, stronger NZ dollar, softer Q3 GDP, the prospect of higher capital requirements and wobbles in global markets.

Headline CPI inflation for Q4 2018 rose 0.1% in the quarter, and 1.9% on an annual basis. In absolute terms, it was a modest rise in the quarter and, following a prolonged period of low inflation, it leaves annual CPI inflation still below the 2% mid-point of the RBNZ’s target range. However, a closer inspection of the details of the CPI release paints a more positive picture, which should see the RBNZ more comfortable about core inflation rising to target.

Furthermore, the RBNZ’s sectoral factor model of inflation remained at 1.7% after a noticeable rise in recent quarters.

The main downside scenario outlined by the RBNZ in the November Monetary Policy Statement, was weak business confidence spilling over into weak economic demand. Since then both the ANZ and NZIER business confidence measures have stabilised and started to lift slowly from their lows. When combined with CPI inflation coming in stronger than expected, it is a useful reminder that the news has been mixed and there continue to be offsetting influences on the outlook for the OCR.

It has also been noteworthy that in the NZIER’s Quarterly Survey of Business Opinion, firms are asked about their experienced selling prices over the previous three months. After a period through 2015/16, when the net experience had been close to zero, for the last two years, a net 19% of firms have increased their prices over the previous three month period. When people discuss pricing power, conversations often seem to feel rather absolute. Either no one has pricing power or pretty much everyone does. We suspect there is a continuum and the NZIER data suggests some pricing power does exist for some firms and that this has shown signs of persistence. At a net 19%, recent outcomes are above average readings over the last 30 years.

Our core view remains that the OCR is most likely to remain on hold for some time yet, while the RBNZ continues to happily “watch, worry, and wait”.  In our opinion, from there the next move in the OCR could still be down or up.

This does not constitute advice to any person. See www.harbourasset.co.nz/disclaimer

*Mark Brown is the Head of Fixed Income at Harbour Asset Management. This article is reproduced with permission.

" the CPI release paints a more positive picture" Only an economist could get excited about the prospects of prices rising. It's what they are taught and ignores the real-world impact of such. Wages, of course, haven't kept pace with real-world costs for 4 decades or more.

A successful economy used to be one where more goods were made; of a better quality, for a lower price, yet today we have more goods being made; of a lower quality ( planned obsolescence) and for a higher price. ( if the economists' mantra hold true). But I am sure that will please said economists of this World.....

Is there a product or service in NZ with a rising price due to high and increasing Demand?

I wonder how the hell it ends up being 1.9 percent pa in RBNZ report..

No idea, but I would not think so, at least they should be providing two figures- inflation and inflation adjusted to wage growth in that case..

Is there proof that the increase in prices is due to rising demand for the product? Or is it due to the continuous demand for more wealth, more possessions, more "lifestyle" by those in control of supplying these services and products?

Good answer David. I'm almost scared to ask - what was left out?

Most of it. I just picked about 20% of the non-tradable items, items that were above +3%. Didn't include any tradable items. All up, there are 110 items.

Yes, but, isn't inflation just a tax on the productive sector, a wealth transfer from the private sector to the government sector? Yet they are surprised at low productivity growth, low wage growth and low fixed capital investment in productivity enhancing equipment. Silly sods.