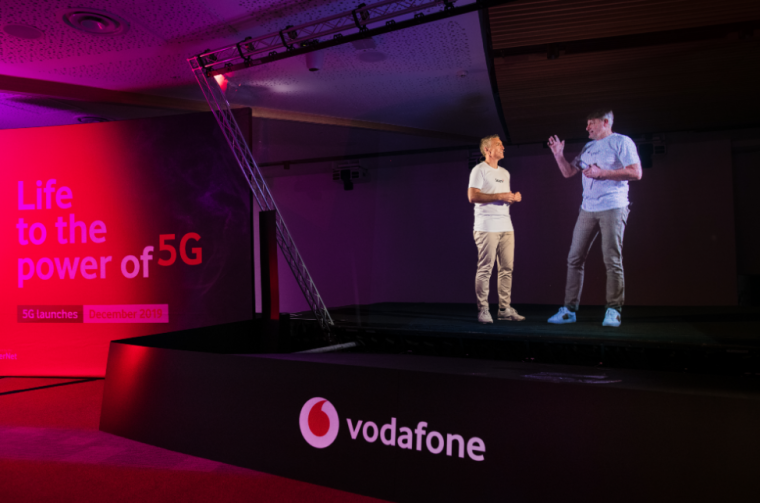 Vodafone’s announcement it will switch on a fifth generation (5G) mobile internet network in December is putting even more pressure on the Government to defy its Five Eyes partners and give Spark the green light to launch its 5G network enabled by Huawei.

Vodafone made the announcement on Thursday to coincide with the completion of the sale of its New Zealand business to Brookfield and Infratil.

It said Nokia would provide it with the equipment needed to roll out 5G starting in Auckland, Wellington, Christchurch and Queenstown.

Meanwhile Spark on Thursday confirmed it was still in discussions with the Government Communications Security Bureau (GCSB) further to the agency in November declining its application to use Huawei’s 5G equipment, citing a “significant network security risk”.

Spark said it hadn’t decided whether or when it would submit a revised proposal.

While it avoided mentioning the hurdle posed by the Chinese company, its technology director Mark Beder made Spark’s desire to advance its 5G plans quite clear.

He tweeted: "At Spark we've been making the case for some time about the importance of 5G to the future of New Zealand. Vodafone's announcement is a good reminder to government to keep moving with the spectrum allocation for 5G."

A Treaty of Waitangi claim has held up the allocation of this spectrum necessary for a major 5G rollout.

At @SparkNZ we’ve been making the case for some time about the importance of 5G to the future of New Zealand. @VodafoneNZ’s announcement is a good reminder to government to keep moving with the spectrum allocation for 5G. https://t.co/k2KIgGwNne

In China’s eyes, the GCSB’s decision to stop Huawei providing Spark with 5G equipment is one of the most significant sticking points when it comes to its relationship with New Zealand.

The health of this relationship is particularly crucial, as negotiations to upgrade the New Zealand-China Free Trade Agreement are underway.

If Huawei gave up on the New Zealand market, China would be admitting defeat to the United States, as the two powers battle it out globally for control over crucial 5G infrastructure.

Huawei has been putting pressure on the New Zealand Government through aggressive advertising campaigns.

Its New Zealand deputy chief executive, Andrew Bowater, in an impassioned speech delivered at the New Zealand China Business Summit in May, told the country’s business and political leaders that Huawei had been “blind-sided” by the GCSB.

Accusing geopolitics of getting in the way of business, he said things got very hot, very fast. 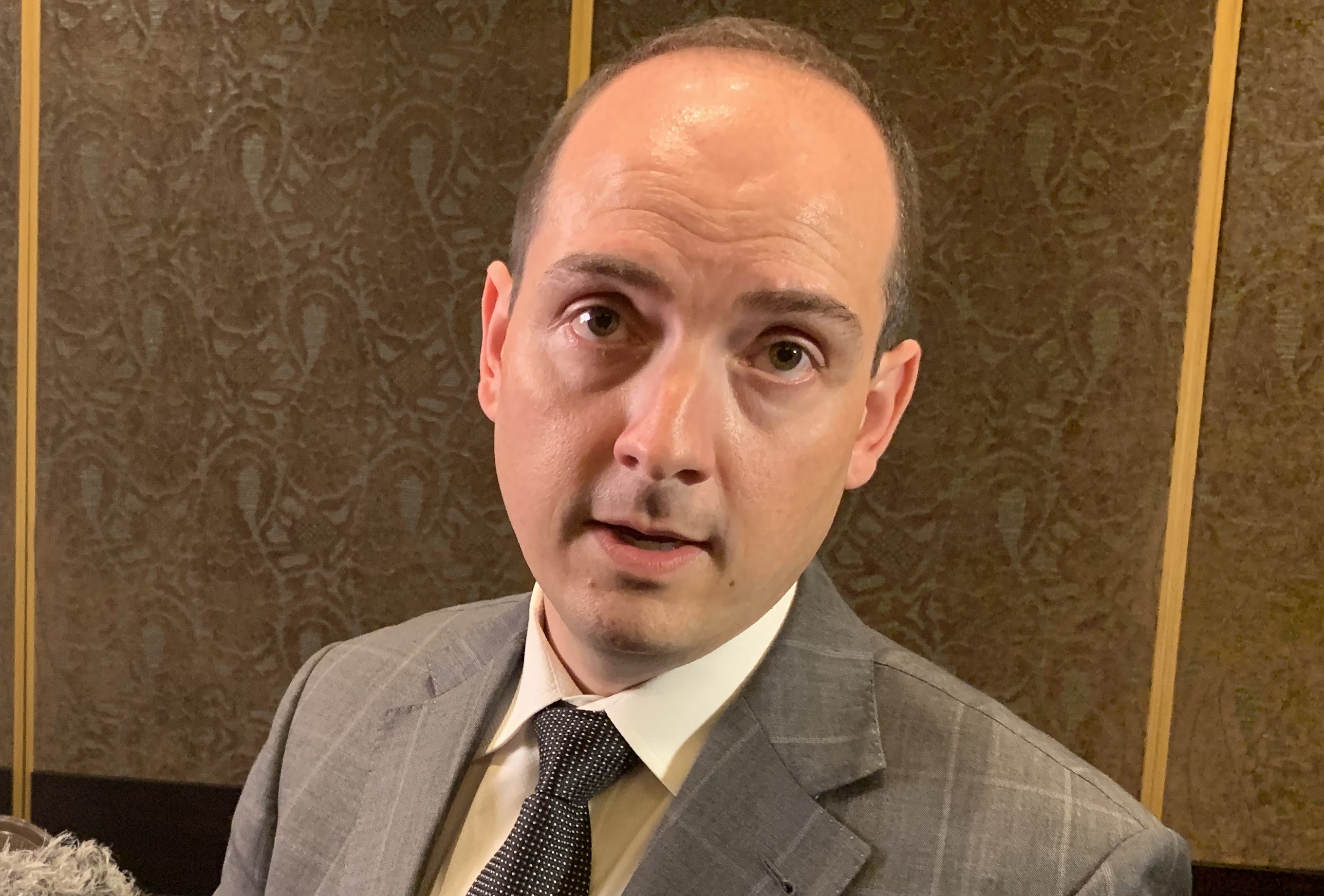 While Government ministers have swatted away questions on Huawei, pawning the responsibility off to the GCSB and underlining New Zealand’s “independent foreign policy”, having Vodafone grabbing headlines will further motivate Spark to apply more pressure.

Tech commentator and public relations consultant Paul Brislen said Spark will be banging on the Government’s door saying, “‘Come on, everyone knows the only reason the Americans are upset about security is because they don’t want Huawei building the world’s networks. You’ve crippled us… Vodafone will steal the march on the industry and it’s all your fault for “protecting us from the evils of the Chinese spy network”.’

“In addition to that, you’ve got Huawei lobbying the Government hard, saying ‘Look, we won’t even build the core of the network. We’ll only build around the edges’.”

Brislen said that while it might be possible for Vodafone and Spark to share a network provided by Nokia, giving it this monopoly status wouldn’t be ideal.

“Spark would also have to go cap-in-hand to Vodafone and say, ‘Can we borrow your network?’” Brislen said.

“I suspect Vodafone would firstly take this to the Commerce Commission and secondly say, ‘Here’s our price, it will be $3 trillion per minute’.”

Spark would be foolish to use Huawei - for the same reason most of us wouldn’t buy their mobile phones. They are being snuffed. Can’t believe they are still thinking about it- is the mngt stupid?

I think Huawei's phones are amazing, what did you not like about yours rastus?

Their hardware is great. But they will no longer receive any software updates coming out of the US, i.e. Android, most apps etc., so it's a bad idea to buy one right now.

They have stolen the technology, oppressed the manufacturing workforce and have a history of trade retaliation, lobbying political interests with favourable outcomes vague enough to avoid suspicion of corruption and active cyber intrusion. So the chinese are finding that cheapest does not always secure the sale, bullying may not always work, hollow promises by non-Chinese faces are not taken at face value, and political interference does not go un-noticed, boo-hoo. If you feel sorry for them, go buy a Huawei phone. As for Spark, in ther former guises they have put any and all over their barrel built by the NZ taxpayer and gifted to them, asking punitive rates for access to provide services they would not. They had options, they banked on China to exert the usual pressure, it has not worked. I look forward to Spark becoming the second string carrier.

Call me old-fashioned but I was under the distinct impression that the United States saved China from the yoke of Japanese brutal oppression and colonial servitude during the Second World War (and all other countries in this neck of the woods including New Zealand). China has a weird way of displaying its gratitude by ripping off US technology.
Don't get me wrong, everyone wants to see the Chinese populace lift its standard of living, but by fair means.

China will win and gain access to 5 eyes. NZ govt have no balls!

Or spark could choose a different hardware provider... Why on earth they would beg to use Vodafone's network, it absurd.

If the NZ govt are as effective in standing up to the Chinese Govt as they have in dealing to the Aussies recently then I may as well change my name to Mr Wong!

We're so paranoid about the Chinese government that we are willing to ignore the leading company in 5G technology , Huawei ...

No, Britain has actually excluded Huawei from the core bits that count and could provide the greatest points of vulnerability to a rogue CCP:
https://www.theguardian.com/technology/2019/apr/24/may-to-ban-huawei-fr…

China by most standards is the largest totalitarian regime in history. Unprecedented censorship of the media and it's people. Communist party connections to all big Chinese business. Technology theft. No thanks to Huawei 5G.

Really struggling to find a reason why we need it. The real issue is that our 4G was never rolled out comprehensively in the first place. Did you know we are only just getting 4G voice or VoLTE rolled out as of mid June 2019 ? I have done some speed testing on 4G and whats needed are more celltowers, its not about the technology its about how close you are to a celltower to get the top speeds possible with it. 5G is going to be hopeless unless your in high density areas like the Auckland CBD, you need to be VERY close to the transmitters and thats before you start looking at the security problems and claimed health concerns. Really is all about marketing and who is "First on the moon" , not about the fact we really need it. New Zealand is to spread out, low population with terrible terrain. 5G is going to suck. Fast is great but if you cannot even get connected to it, whats the point ? My phone is constantly reverting to 3G because the 4G signal is to weak as it is. Get a free App on your phone like "Network Cell Info Lite" and see whats really going on as to why your download speeds are so slow.

No excuses now with the imminence of 5 G. It's the ideal time to decentralize Wellington-based government departments to provincial centres. Walk away from those Wellington high-rise buildings and avoid a blood-bath
when the 'big one' strikes. Using Jones's regional fund, cheap low-rise buildings can be built on cheap land
to give more employment to the provinces. This development will have the added benefit of shaking off the lobbyists. It will take time but let's make a start.

With Huawei comes the Chinese Communist Party of China.
Let's not forget the communist regime in China has directly or indirectly killed millions of it's people in recent history (famine, cultural revolution, 1 child policy etc).
I don't understand how social justice warriors can't see this is a bad idea. Read Made in China 2025.

Com'on that's a lot of paranoia

Yvil you obviously need to educate yourself.

Richard Fernandez (Belmont Club, an IT type) has some rather less optimistic thoughts about 5G....


Whoever controls 5G will be able to surveil and control the planet. Those in charge of the network could be omniscient and potentially omnipotent over unprotected man-made systems. To guard against China ruling this kingdom, the Trump administration has banned U.S. companies, most notably Google, from selling technology to Chinese giant Huawei.

Bruce Schneier, a long-term critic of lax security, especially in the IoT realm, has this to say:
The Internet is a surveillance state.....:

5G is merely an intensification of what is already more than a decade old.

It's all about control and power.

Andrew Bowater no thanks. People please remember communism is not a good thing. Huawei is an arm of the Communist Party of China.

How close to the new 5g towers do the Vodafone executives live?

Does it really put the Govt under pressure? Didn't the GCSB make an independent decision. (We are not like China, where central Govt dictates everything) In any event, I would have thought that Vodafone's use of Nokia rather proves that a 5 G network can be built without Hauwei so it is up to Spark if they want to sit around and do nothing.

Are we all going to have buy new 5 g phones , that would be absurd if you just recently bought an new I fone or S10 surely there must be upgrades
VodaFone don't have a good track record , there will be stuff ups

Wouldn't bother buying a new 5G phone, decent implementation of 5G is years away and you would need a new phone by then anyway. You have to ask yourself if you need the speed anyway on just a phone. Find it hard enough to get a decent 4G connection in many places so your really comparing a faster technology with 3G speeds. Had to put in a booster here to even get a rural band 700MHz LTE band 28 4G signal. Simply not enough celltowers in many places and coverage is poor. Funny thing I have found over the years is that your speed is "Capped" anyway and the speed is not limited by the technology at the time but by the ISP.