Terry Baucher has more on the Small Business Cash Flow scheme, Inland Revenue's guidance on the sharing economy. And a reminder about the rules around employees claiming home office expenditure

Terry Baucher has more on the Small Business Cash Flow scheme, Inland Revenue's guidance on the sharing economy. And a reminder about the rules around employees claiming home office expenditure 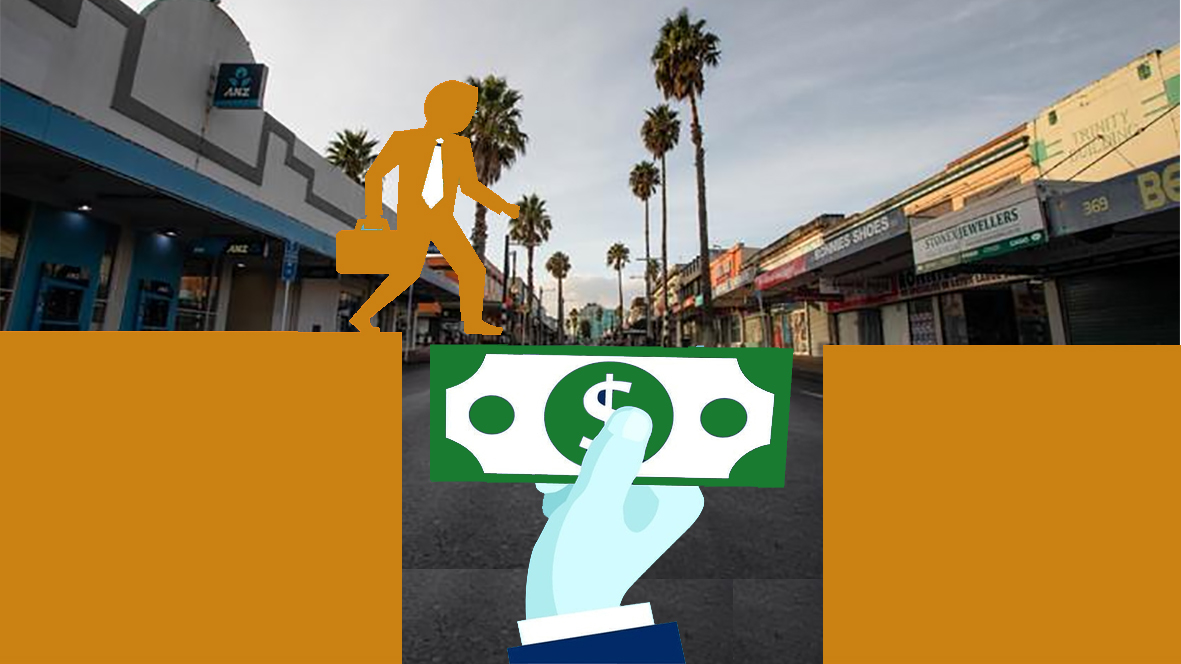 With the move to Alert Level Two, there's some level of normality being restored, and most businesses are now able to operate. But for many, the COVI9-19 pandemic represents a major hit to their business and cash flow.

So, one of the measures that they probably welcome is the most recent one announced by the Government, the Small Business Cash Flow scheme (which wasn't actually included in the Budget estimates and hasn't yet been costed formally).

Now, this scheme had a rather chequered start when the legislation enabling it was accidentally released and then passed by Parliament ahead of time. But now the details have been fleshed out and it has been up and running since May 12th. For one month until June 12th businesses with 50 or fewer full-time equivalent employees can apply for a loan.

Eligible businesses and organisations can then get a one-off loan with the maximum amount being $10,000 plus $1,800 per full-time equivalent employee. There's an annual interest rate of 3%, but no interest will be charged if the loan is fully repaid within one year.

Now, the scheme is being administered by Inland Revenue, which seems odd because it's not its core business. But if you think that it already administers the student loan scheme, then giving it the responsibility to manage the Small Business Cash Flow is not unreasonable.

The scheme was put together very quickly when it became apparent that the business finance guarantee scheme arranged with the banks under which the Government underwrote 80% of the risk was not delivering funding to small businesses quickly enough.

It is already in terms of demand, a huge success. By Friday of the first week of its launch more than 33,000 business had applied for a loan, and 31,000 loans had been approved. So far, just under $600 million dollars has been approved for lending. There are about 400,000 businesses in New Zealand with 50 or fewer full-time equivalent staff who are eligible. So the Government is looking at a potentially horrendous amount of borrowing.

Under the terms and conditions, the loan must be repaid within five years and the interest rate is 3%. But if you are late with an agreed repayment, use of money interest, which is now 7%, will apply in addition. So effectively there's a 10% rate for late payments.

As I said, the scheme is open until 12th of June. It’s looks like it's going to have a huge take up.

And it does raise an interesting point that given the difficulties for small businesses have had accessing financing from banks, despite the Government agreeing to underwrite 80% of the risk this scheme was still needed. And the question arises that whether once everything settles down and we return to business as normal, whenever that is, whether there is a role for a similar type of scheme to exist for small businesses in the future. In America, the Small Business Administration runs a hugely successful small business loan scheme. Something I think the policy advisers at MBIE should be considering is maybe a permanent iteration of this scheme.

How the IRD is coping

Moving on Inland Revenue has continued to operate as best as possible through the pandemic. Its call centres have been very hard hit with having to deal with the effects of social distancing. Quite apart from that, Inland Revenue has found itself with additional responsibilities in the aforementioned Small Business Cash Flow Scheme and also assisting the Ministry of Social Development in administering the wage subsidy scheme.  What happens is the MSD calls Inland Revenue to confirm details regarding the applying business's tax affairs. And then once those are confirmed, the wage subsidy is then approved or declined as appropriate.

As a result, Inland Revenue has stopped answering the phones on its dedicated line for tax agents and its call centres have, as I mentioned, reduced staffing because of social distancing measures. But it has been responding very, very quickly using its online features and particularly its myIR feature.

Inland Revenue’s recommendation is if you want to contact it, the best way is through the online myIR service. And furthermore, if you get a response from Inland Revenue, you can actually reply to that response. Previously, replying to IR used to trigger a new response and a new inquiry. So there's a lot of favourable stuff happening in the background with Inland Revenue.

Inland Revenue has also been upgrading its website as part of its Business Transformation programme. It's splitting off the technical matters such as tax policy and legislation, Tax Information Bulletins, the various formal determinations, interpretation, statements l and other technical documents that it issues.

Inland Revenue’s main website is actually really clear reading, and it's been adding explanations of various areas of interest where it will be focusing its attention.

Tax and the sharing economy

One of the features it's recently added is a section on the sharing economy. The sharing economy is described “as any economic activity through a digital platform such as a website or an app where people share assets or services for a fee.”

It goes on to explain that such activities are obviously still subject to income tax and GST and you need to consider the implications of that.

The various sharing-apps it discusses are obviously the ride sharing or sometimes called ride sourcing, such as Uber, Zoomy or Ola.

Then there’s short stay accommodation, including renting a room or whole house unit. So that's Airbnb, Bookabach or Holiday Houses. Then there’s sharing assets, for example, cars, caravans or motor homes. And those would come through platforms such as Yourdrive, Mighway, Parkable, MyCarYourRental and Sharedspace.

All these platforms are covered by the shared sharing economy and they're all subject to income tax, and GST if the value of your services exceeds $60,000 in any 12-month period.

Inland Revenue’s website sets out what is fairly standard guidance as to how it expects the rules to apply.

What it also sets out is what are not considered part of the sharing economy, and that includes online selling or classifieds such as Trade Me or eBay, cryptocurrency exchanges which are dealt with completely separately, and peer to peer financing or crowdfunding. Now these still have income tax and GST obligations, but slightly different rules apply.

As I said, this guidance from Inland Revenue is really clear in setting out the rules. There should be no reason for people to not complying.

As Inland Revenue gets back to a normal, what I expect will happen is that its investigators and staff will basically be told to kick over every rock around to see what's under there.  So, you can expect a tightening of the rules and increased examination of the cash economy, using cash to avoid tax.

Ride-sharing apps, by their nature are outside the cash economy. But I think one of the things Inland Revenue will be doing is sending requests to the ride sharing app platforms asking for details of who in New Zealand is using the respective platform.

In summary the rules are set out there very clearly. And behind them is the unspoken threat that Inland Revenue will be looking at this sector as things return to normality.

And finally, we recently discussed the treatment of Home Office expenditure.

It so happened I was interviewed for the Cooking the Books podcast of the New Zealand Herald about this matter this week. There was an unfortunate misstatement in the article, which initially suggested that people would be entitled to $15 a week tax refund.

That is not correct. An employee can't claim a deduction for home office expenditure, but they can apply to their employer for reimbursement. And Inland Revenue has issued a temporary determination valid until September, under which payments of up to $15 per week can be made to an employee and they will be treated as exempt income for the employee. And if you have any questions, as always, you know where we are.

Well, that's it for this week. I'm Terry Baucher and you can find this podcast on my website www.baucher.tax or wherever you get your podcasts. Please send me your feedback and tell your friends and clients. Until next time, Kia Kaha, stay strong.

This article is a transcript of the May 22, 2020 edition of The Week In Tax, a podcast by Terry Baucher. This transcript is here with permission and has been lightly edited for clarity.

I found myself on the IRD website last month as it happens, and very easy to read it was too. Well done IRD.

"staff will basically be told to kick over every rock around to see what's under there."

Sounds suspiciously like an end-run around the 'No New Taxes' pledge. Tightening definitions and bringing ever more 'taxable incomes' into the net amounts to a general tax increase in the final analysis. I do wonder how voluntary work, other aspects of sharing, etc will be treated. And how they can be detected at all.....